Factsheet: Federal Government’s Efforts to Ensure the Safe Return of the Dapchi Girls

By February 21, 2018, President Muhammadu Buhari reacted to the abduction of the school girls, by directing the military and police to mobilize immediately and begin rescue efforts.

On February 22, 2018, a Federal Government delegation led by Minister of Information, Culture and Tourism, Lai Mohammed, visited Dapchi, Yobe State to fully support and collaborate with the Yobe State Government, on rescue plans.

In response to the recent incident, the Nigerian Air Force (NAF) deployed air assets, including Intelligence, Surveillance and Reconnaissance (ISR) platforms, to the Northeast in a renewed effort at locating the missing Dapchi girls.

On February 26, 2018, a Federal Government delegation, led by Minister of Information, Culture and Tourism, Lai Mohammed, visited Yobe State for the second time to meet with state government stakeholders and get update on the search for the 110 missing girls.

At the meeting, the Minister announced that the Federal Government has directed all security agencies in Yobe State to deploy their personnel to schools in the state to ensure students and staffers’ safety. He also added that security agencies are working on many leads on the location of the girls.

The Chief of Air Staff, Air Marshal Abubakar relocated to Yobe state on February 27, 2018, to personally superintend the search for the missing Dapchi girls.

On February 28, 2018, the Honourable Minister of Interior, Lt General (Rtd) Abdulrahman Bello Dambazau, directed the Inspector General of Police, IGP Ibrahim Idris and the Commandant General, Nigeria Security and Civil Defence Corps ( NSCDC), Abdullahi Mohammad Gana to relocate to the northeast and liaise with the theater commander of operation Lafiya Dole, the Governors of Yobe, Borno and Adamawa states to ensure the deployment of their personnel to all schools in the liberated areas in the three states.

On March 2, 2018, the search for the missing girls was extended to the neigbouring countries. A statement to this effect was released by the Minister of Information, Culture and Tourism, Lai Mohammed.

The Federal Goverment has officially released the names and details of the 110 missing girls to the general public as it continues its search efforts.

The Nigerian Air Force has urged the locals and anyone who might have useful information on the location of the girls to contact the NAF authorities using the following tip lines: 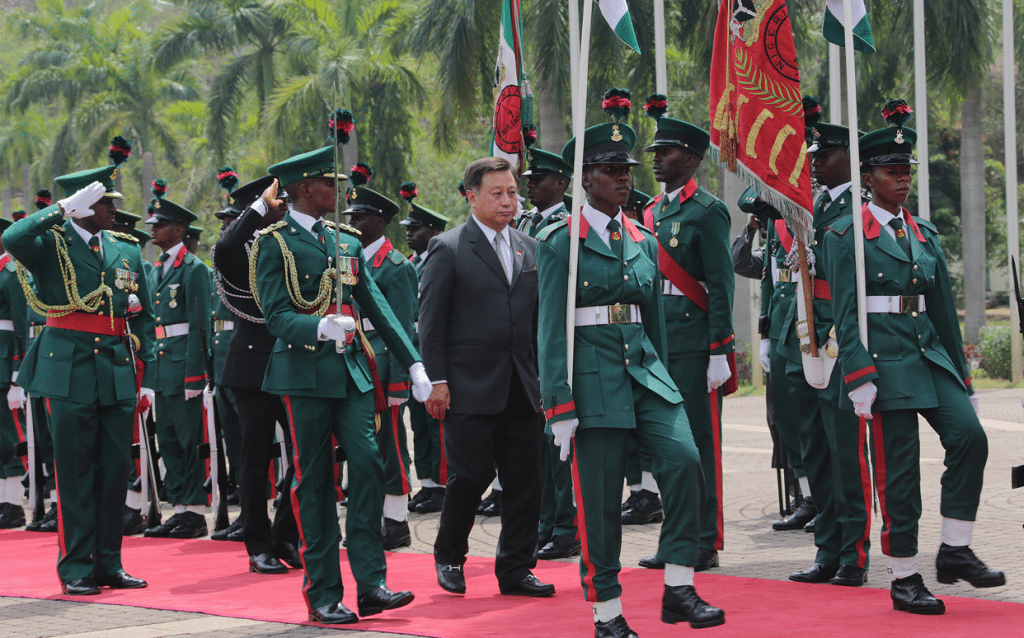