President Muhammadu Buhari Thursday in Kano pledged that his administration will continue to accord railway infrastructure development the greatest priority, describing rail transportation as a potent economic driver.

”The ground breaking ceremony for Kano – Kaduna segment of the Lagos – Kano railway modernization project signifies an important milestone of the construction of the third segment, having completed and commenced commercial operation on the first segment Abuja–Kaduna and recently the second segment Lagos-Ibadan.

”This project is crucial to the establishment of a supply chain in railway transport within its corridor, Kano –Kaduna-Abuja, as it links the major commercial cities of Kano and Kaduna to the Federal Capital Territory, Abuja.

”Upon completion, Kaduna-Kano railway project is to link the Lagos–Ibadan Railway project via Abuja, Minna, Ilorin, Oshogbo, Ibadan to Lagos on one end, and Maradi, Niger Republic on the other.

”This railway connection when completed will establish the ports in Lagos, as the choice for import and export business of the people of landlocked Niger Republic.

”This would positively drive our economies through employment from new business opportunities and wealth creation,” he said.

On financing for the project, the President expressed confidence that the Federal Ministry of Transportation and Ministry of Finance were working to engage co-financiers to conclude financial agreements for the development of the Ibadan–Kano line and to further increase the bankability of the project.

He further explained that the railway line would be linked to the second Port in Lagos, the Tin Can Island Port.

He added that it is also expected that the Inland Dry Port on these routes will be activated with the ports receiving imports directly from the international market as ports of destination such as the Ibadan, Kaduna and Kano Inland Dry Ports.

The President commended the Minister of Transportation, Rotimi Chibuike Amaechi, the Ministry and other project implementation partners that are contributing to this national effort of railway infrastructure development.

He noted that under this administration several landmarks have been achieved, beginning from the flag-off for commercial operation of Abuja – Kaduna railway in 2016 to the recent commissioning of the Lagos – Ibadan railway project on June 10 2021, thereby maintaining the pace for the actualization of this vital thoroughfare.

In his remarks, Amaechi thanked the President for the strong will in driving the overhaul of Nigeria’s moribund railway transport subsector.

He assured the President that the Transport ministry would remain committed to his vision for a strong and sustainable railway transportation backbone to engender and facilitate a new path to positive economic transformation of the country.

Highlighting some features of the project, the Minister explained the rail line is also provided with accessories and special installations including power and water supply schemes, signalling system and communication in GSM-R, freight yards, rolling stock depots and maintenance workshops.

He announced that the Ministry has finalized plans to commence construction of the remaining addendum of Ibadan-Abuja to complete the entire stretch of the Lagos-Kano Railway modernization project.

While in Kano, the President also commissioned Dangi Underpass built by the Kano State Government. 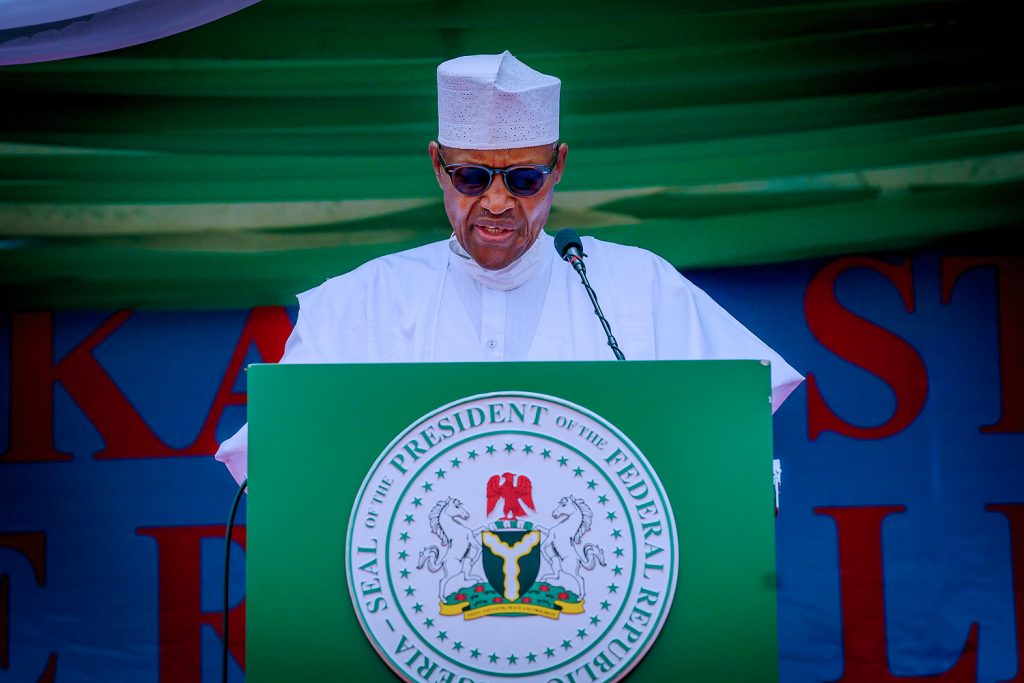