Speech: President Buhari at the Inauguration of the National Economic Council (NEC)

June 29, 2015 in Latest News, Speeches and Remarks
I am delighted to be here with you at this occasion on the inauguration of the National Economic Council (NEC) for this Administration. The National Economic Council was established by the provisions of the Constitution of the Federal Republic of Nigeria (1999), as amended, Third Schedule, Part I, Section 153: Sub section (18 & 19). The NEC, as one of the Federal Executive bodies, has the mandate to advise the President concerning the economic affairs of the Federation, and in particular on measures necessary for the co-ordination of the economic planning and programmes of the various Governments of the Federation.

2. Your Excellencies, the regular meetings of the National Economic Council have remained the official economic platform for dialogue among the thirty six (36) State Governors, the Governor of Central Bank of Nigeria and other co-opted members, chaired by the Vice President, where issues and challenges facing the development of the country, at national and sub-national levels, are discussed with a view to develop and harmonize common strategies for addressing them.

3. You may recall, that in my inaugural speech, on May 29, 2015 I stated that the primary objective of this Administration is to tackle insecurity; youth unemployment, through the revival of agriculture, solid minerals mining, as well as small and medium size businesses. I also highlighted pervasive corruption; fuel and power shortages; public service reforms; and the need to allow every tier of Government to exercise its constitutional responsibilities, among others. We are fully committed to embarking on sustainable visionary initiatives and programmes that will restructure and transform our national economy. We are also committed to ensuring collaboration and facilitation of the International efforts to combat threats of cross-border terrorism, sea piracy, refugees, Internally Displaced Persons (IDPs), financial crimes, cyber crimes, climate change; the spread of communicable diseases and other challenges of the 21st century.

4. I urge you all to ensure that we surmount these enormous challenges facing us as a country by working to support economic policies, which the government will soon unveil to grow our economy and finance our external promises.

5. I am pleased to note that the Council meetings have, over the years, been very constructive and productive, and the key outcomes as well as recommendations translated into Government policies at the Federal and state levels. This has not only facilitated national economic planning, but also lead to over- all political harmony. It is also reassuring to note that steps have been taken in the past to strengthen the effectiveness of the Council in its role as prime adviser on developments in the economy. This process must be geared up substantially especially in the difficult times that we have now found ourselves. The National Planning Commission must continue to work to arrive at workable consensus on Government policies among the various tiers of Government, which is a prerequisite for sustained growth and development.

6. Your Excellencies, it is evident that the task of ensuring growth, job creation and equity, is quite enormous. Consequently, we must kick-start this process by cultivating a culture of prudent management of resources at all levels of Government. This will entail looking inwards to secure sustainable ways of increasing Internally Generated Revenue (IGR); and harnessing growth potentials of each State to supplement the Federation Account allocation to States. The States are also encouraged to embark on projects that will meet immediate needs of the people taking account of available resources. I therefore urge Council members to consider, as a matter of urgency, exploring efficient means of gradually liquidating all unpaid salaries of staff, which have brought untold hardship to thousands of families.

7. I would like also, as a former Governor myself to remind us the need for neighbouring states to cooperate closely on projects such as interstate and feeder roads, soil erosion, desertification and other developmental programmes. Our country is one and we who have the responsibility to run it lead by example. As far as is possible there should be distance between politics and development programmes.

8. On its part the Federal Government will abide by the provisions of Sections 80 and 162 of the Constitution and ensure more accountability, transparency and integrity in the Distribution of the Federation Account. All Revenue Generating Agencies such as Nigeria National Petroleum Corporation (NNPC), Nigeria Customs Services (NCS), Federal Inland Revenue Services (FIRS), Nigeria Ports Authority (NPA), Central Bank of Nigeria (CBN), Nigeria Maritime Administration and Safety Agency (NIMASA) and Liquefied Natural Gas (LNG) amongst others shall comply with stipulated Financial Regulations and Administrative Instructions in their remittances into the Consolidated Revenue Fund.

9. On Insurgency, the Nigerian Armed Forces have shown renewed commitment and made steady progress in the fight against Boko Haram. Nigeria, under the auspices of the Lake Chad Basin Commission and the Republic of Benin is collaborating with the Republics of Niger, Chad, Cameroun and Benin to consolidate cross-border and international efforts at eradicating the insurgency. I am also happy to reiterate that following my invitation to Germany early this month by the G7 Nations who have shown concern about the Insurgency and promised to intervene to restore the destroyed infrastructure, schools and hospitals amongst others, I have directed the front line states of Borno, Yobe and Adamawa to articulate realistic assessments, costs, locations on Local Government by-Local-Government of affected facilities for submission to the President of the G7 for further verification. In addition, the requirements of the Military have been prepared by the Service Chiefs for the consideration of the G7 Nations.

10. Let me reiterate the high expectations of the NEC as a veritable source of articulating policies and programmes that are people centred and capable of driving further, the expected growth and development of the country as well as providing environment required for progress.

11. Finally, I will like to express my appreciation to the Vice President, Prof. Yemi Osinbajo, SAN and all Council members for the honour and priviledge to formally inaugurate the National Economic Council today and to wish you all a successful tenure.

Thank you for your attention. 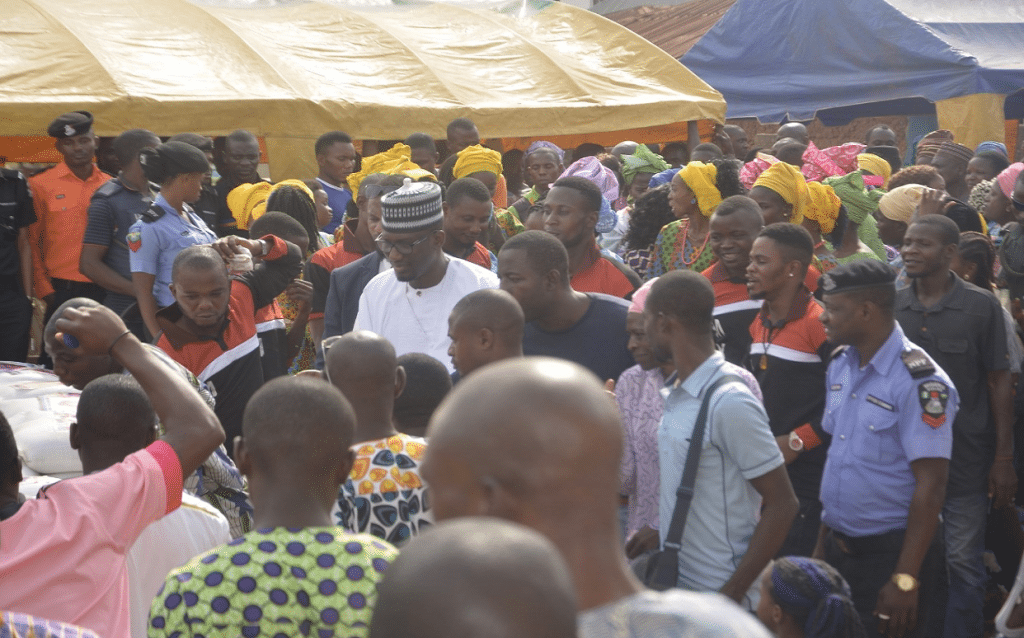