President Muhammadu Buhari Monday in Abuja lauded the exploits of the Nigerian Armed Forces to maintain peace, unity and stability in the country, urging Nigerians to celebrate them as the pride of the country.

The President gave the charge at the 2022 Armed Forces Remembrance Day emblem appeal launch, an annual event to appreciate the gallantry, sacrifices and accomplishments of veterans of the first and second world wars, peace support operations and internal security operations in Nigeria.

Paying tribute to veterans who devoted most of their active lives to securing the nation and the world, particularly those who paid the supreme sacrifice, President Buhari said:

”Our country’s efforts at nationhood since independence have been challenged by civil strife, a civil war and much uprising and violent agitations.

”However, in spite of all these, the country has remained united and the resolve of the citizens for unity remains unshaken.

”The exploits of our Armed Forces to maintain peace as well as their disposition to the unity of Nigeria have contributed in no small measure to our stability.

”We must therefore celebrate them as the pride of our country. Our faith in our Armed Forces remains unshaken and as a government we will do all within our powers to ensure that our Armed Forces are motivated to perform optimally.

”They have time and again demonstrated unparalleled patriotism, courage, loyalty and commitment as they grapple with the daunting challenges of defending Nigeria’s territorial integrity.”

President Buhari said the Nigerian Armed Forces have effectively applied themselves to countering all the attempts by the nation’s enemies to disturb the peace, noting that places that were hitherto inaccessible and deserted have now been occupied by citizens who have returned to their normal homes.

He declared that the renewed onslaught on bandits in the Northwest has resulted in the military daily receiving insurgents who are voluntarily laying down their arms.

”We are not going to be satisfied until peace is finally restored to every inch of our land,” he declared.

President Buhari described the emblem as a sign of the sacrifices and blood shed by officers and men of the Armed Forces for peace and security of Nigeria.

The President called on all Nigerians to make generous donations to the Nigerian Legion, support the widows and orphans of the fallen heroes, procure the emblems and wear them with pride.

”The same call goes to all visitors and friends of Nigeria as well as corporate bodies operating in Nigeria,” he said.

On the Nigerian Legion, the President noted that the need to maintain the comradeship that existed during the service among officers and men of the Armed Forces led to its establishment through an Act of the National Assembly.

He commended the Nigerian Legion for living up to its mandate of catering for the welfare of ex-servicemen and those that distinguished themselves in the wars Nigeria participated in.

The President stated that the veterans’ organisation has remained a veritable pool of abundant and diverse human resources.

”I have the pleasure to acknowledge the contributions of retired officers and men of the Nigerian Armed Forces to the ongoing war on insurgency.

”The government will continue to welcome these vital contributions. I charge the Ministry of Defence to continue to promote the engagement of our retired officers and men in seeking avenues of contributing to our national affairs.

”I am glad to note that the Nigerian Veterans have contributed to the socioeconomic development of our country through engagement in productive ventures thereby generating employment opportunities for themselves and other Nigerians.

”This is a further testimonial to the patriotism of these Nigerians. They have demonstrated abiding faith in Nigeria and its development. We sincerely commend them and all Nigerians who have continued to believe in Nigeria by making it their investment destination,” he said.

The President pledged that the welfare of the ex-servicemen would continue to be a priority for the government, particularly the prompt and regular payment of pensions and benefits to retirees.

”We are committed to making life more meaningful to all retirees. To this end, we shall, within the limits of available resources, ensure payment of all liabilities arising from increments made to the pensions of ex-servicemen.

”We enjoin all to remain steadfast and committed to our country,” he said. 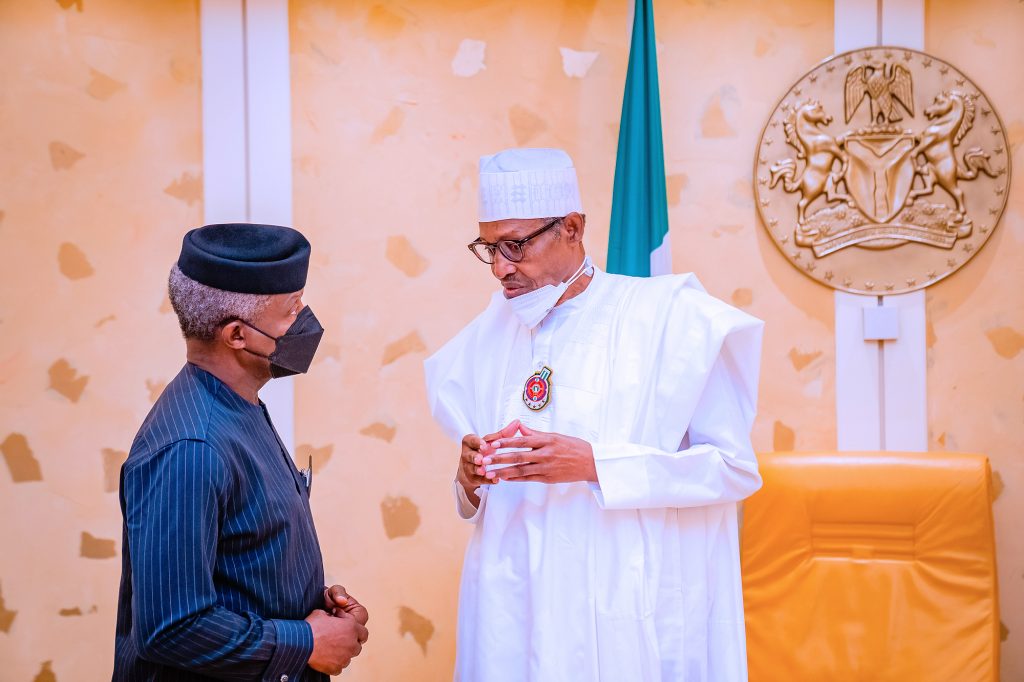