Engaging With the People & Their Needs Remains Our Major Concern, Osinbajo Says

*Outgoing UN Resident Coordinator to President, VP: I am impressed with your leadership

For those fortunate enough to be elected to lead the people, engaging with them is not only an important concern but an aspiration.

Before that, members of a Presidential Defence Reform Committee had interacted on Wednesday with the Vice President, briefing him on the progress so far made by the Committee which has now reached the implementation stage in the reform process.

In his meeting with the outgoing UN top official in Nigeria, Prof. Osinbajo stated that “constant engagement on issues of justice, peace, security, and social contract cannot be let to fall through the cracks, these are critical issues.

“You cannot avoid engaging with the people (there is need to engage) in such a way that you are trusted, and on an ongoing basis, people (should) see that you are committed enough to their concerns.

“People must feel that government is committed to their welfare, security and especially on issues of healthcare and education of their children. So, a social compact is crucial. As a matter of fact, it is both a current concern and aspiration for those of us who have been fortunate to be elected into positions in government and in the politics of our country.”

The UN Resident Coordinator had raised with the VP the issue of the importance of a social contract between the people and their government while recounting his experience during his more than five years stay in Nigeria, adding that maintaining peace and security is crucial.

Prof. Osinbajo also commended the support and partnership of development partners particularly under the auspices of the United Nations system, coordinated by Mr Kallon over the years, noting that “we certainly enjoyed the work that you did as UN Resident Coordinator for Nigeria for the past few years”.

Recalling some of the efforts of Mr Kallon, Prof. Osinbajo said “practically, on every occasion where we have had to look at serious issues, you have been available which I think is very important.

“We found that you were very hands-on, you were everywhere, you attended major meetings that we have had and you were all over the country.

“Your being available and ready to engage is really commendable and very helpful for us as a government. It also gave you a clear insight to what the issues are and it made your presentations to the UN system clearer and more nuanced.”

On his part, Mr Kallon thanked the President and the Vice President for the support he enjoyed during his tenure as Coordinator of the UN in Nigeria, especially in addressing some of the concerns around humanitarian assistance.

He praised Nigeria’s COVID-19 response dubbing it a miracle, and commended the Vice President’s personal commitment and leadership of the economic recovery initiative, noting that “I am really impressed with your leadership in addressing the impact of COVID-19 in Nigeria.”

Mr Kallon said Nigeria’s efforts remain a model as to how a well-coordinated national response can deliver positive results and urged government to explore opportunities in the country as well as creatively manage the risks therein.

“While the government continues exploring the vast opportunities in this country, it is also critical that this great nation manages its risks in a sustainable way to ensure peace security, and stability,” the UN Resident Coordinator added.

At the previous interaction with the Defence Reform Committee, the Vice President observed that “the choice of Committee members is wise and informed, because your experience is what is required. You are clearly the ones who can tell us this is what to do.”

According to the Committee Chairman, rtd. General Kazir, ” the purpose of our visit is to appraise you of the work we have done so far and seek your counsel for a seamless implementation.” 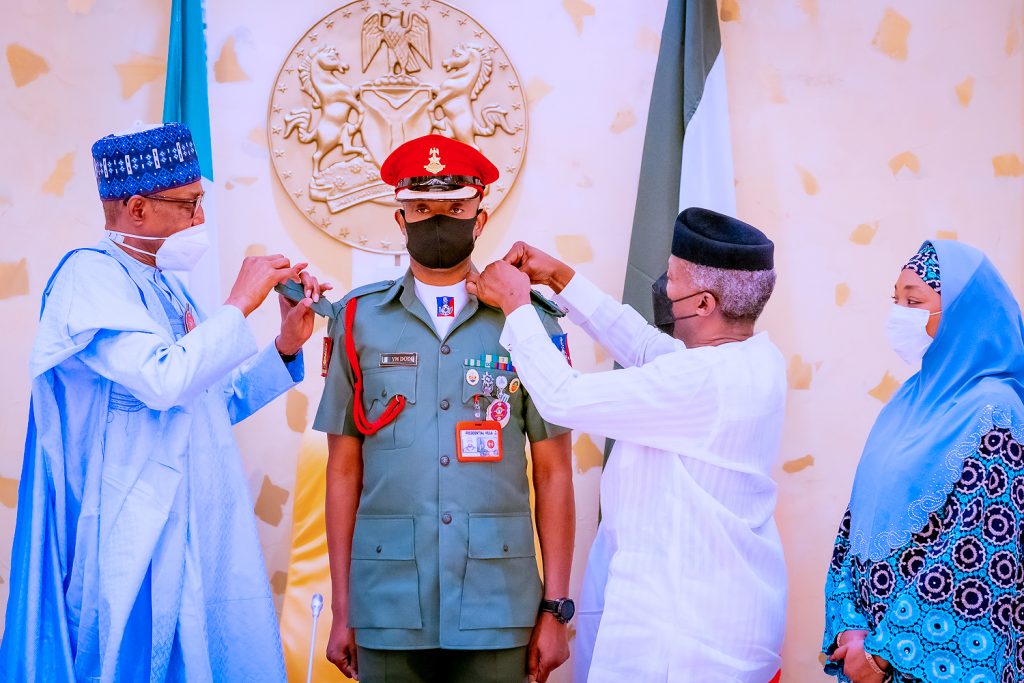 Next Post With Focus on Non-Oil Exports, Economic Diversification on Course - Osinbajo