FG to Take Over Management of University of Medical Sciences Uburu,- PMB

The Federal Government will take over the management of the University of Medical Sciences, Uburu, Ebonyi State, as a Federal Medical University.

President Muhammadu Buhari made the pronouncement at a state dinner in his honour on Thursday, in response to a request by Governor Dave Umahi on the university located in Ohaozara Local Government Area of the State.

The President told the people of Ebonyi that the process for the change of ownership of the university is on and ‘‘will be concluded soon.’’

On the request by the State governor to buy airport equipment valued at N10 billion, the President promised to find out the position of the Ministry of Aviation regarding that.

The President thanked the State government for the honour of naming the State International Airport and magnificent 4-way Light Tunnel after him.

He expressed confidence that these facilities and many more will further the frontiers of economic development in Ebonyi State in particular and the nation at large.

President Buhari, who assured the government and people of Ebonyi State of the support of his administration to enable the Governor to accomplish his vision for the State, thanked them for the reception accorded him during the two-day State visit.

”Thank you for keeping faith with our administration’s development programmes and the manifestoes of our great party, the All Progressives Congress (APC),” he said.

The President recounted that the last time he visited the State in 2017 in the 2nd quarter of the first tenure of Governor Umahi’s administration, he had witnessed ”the commencement of mind-blowing projects”.

”I saw in Governor Umahi a strong desire to change the narrative of the State and meet the aspirations of the founding fathers.

”I was enthused by Your Excellency’s vision to create the needed environment and raise the economic status of the State.

”I remember with pleasure, the hospitality that I received, how I was given a Chieftaincy title as ‘Enyioha 1 of Ebonyi State’ and ‘Ochioha 1 of South East’ by the Traditional Rulers of Ebonyi State and South-East respectively,’’ he said.

”I commissioned two twin-flyovers, 14 km Abakaliki – Afikpo Road, performed the foundation Laying Ceremony of the Shopping Mall as well as the 4-way Light Tunnel named after me.

”At that time, your administration was in the opposition party, and yet you accorded me a spectacular reception. I thank Your Excellency and the good people of Ebonyi State.”

The President told the Governor that he was honoured ”that in the life of my administration, Ebonyi State government and her people made the right choice to join our progressive Party, the APC. Again, I commend the Governor for the courage to join the party at the centre and for all his contributions in moving our nation forward.”

Lauding the massive life-transforming projects executed by Umahi in the last seven years, the President told the Governor:

”You have done your people proud. I am particularly amazed by the economic development records of the State under your administration, the wonderful network of roads, critical infrastructure and investment opportunities in the State.”

He also commended the State for emerging as the second overall best in fiscal performance in Nigeria and for soaring high in fiscal discipline, transparency and accountability in the use of public resources, saying:

”It shows you have zero tolerance for corruption and waste of public funds. Indeed, people of proven fiscal discipline and track records of performance are desired in our quest for nation building.”

Umahi, while thanking the President for the various assistance to the State, said the financial assistance of infrastructural refund, payee refund, Paris club, bailout funds, agricultural loans, fertilizer support and budgetary funds are instances of great support to all States of the Federation.

”As Chairman of South East Governors’ Forum, I must also thank Your Excellency for all the approvals you have made for the construction of the second Niger Bridge which is almost completed, rehabilitation of Akanu Ibiam International Airport, reconstruction of Enugu-Port Harcourt and Enugu-Awka expressway among others,” he said.

The Governor pledged the support of Ebonyi people and indeed all South-East people, saying ”we value greatly this wonderful fatherly love and fair disposition to the plights of our people.”

Before the dinner, the President had inaugurated Office Complex of the Wife of the Governor,  Akanu Ibiam Lodge (New Governor’s Lodge), Ebonyi House ( Governor’s Office),  Light Tunnel Flyover and the Ebonyi Shopping Mall. 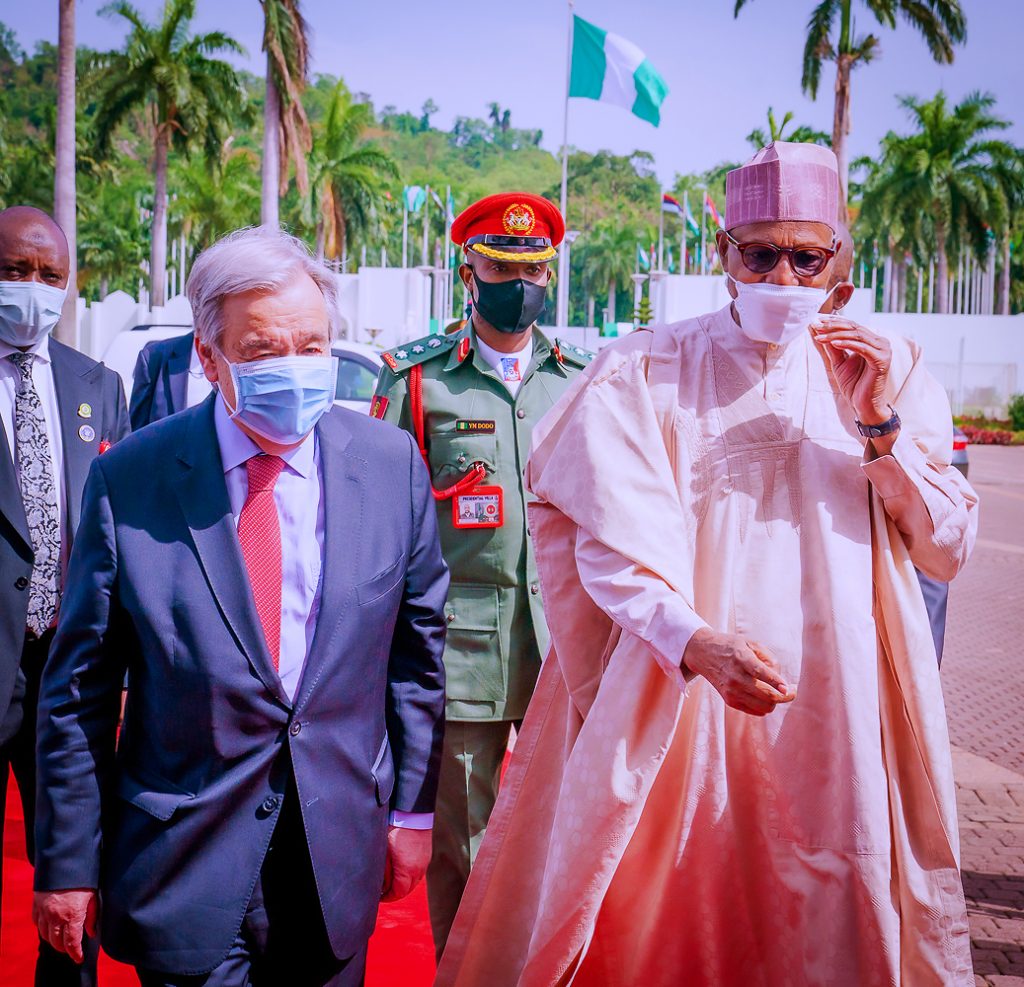