Despite the increasing pressure on scarce resources amidst other emerging challenges, an honest implementation of ideas by a focused leadership can improve the fortunes of societies and make them better, according to Prof. Yemi Osinbajo, SAN.

The Vice President stated this on Tuesday at the virtual public presentation of three books on Policy, Politics and Governance written by Mr Simbo Olorunfemi.

“But the other point is in my respectful view, the error of assuming that the failures in governance is on account of professionals and other decently engaged people leaving the space to career politicians.”

Below is the full text of the Vice President’s remarks:

Let me first say how honoured I am to join you at this presentation of books by Mr Simbo Olorunfemi. Simbo Olorunfemi has emerged as one of the most important thought leaders on politics and governance in Nigeria.

He has through the years and in very many articles and sundry commentaries ranging from the economy, to development, international relations and partisan politics, consistently applied rigour, deep thought and scientific discipline to his analysis of the people, the events and the policies that have shaped these issues, and the societies and publics that they impact.

I think his strength is in his capacity to take on the big issues, the complex ideas such as ethnicity and cultural politics and also the more retail questions around the daily disputes on rightness or wrongness of government policy or their efficient or sloppy implementation, all with the same clarity of thought and presentation.

His projections on political outcomes are eerily accurate, and his prescriptions are practical and clearly thought through even if controversial. His three latest works ‘The Devil is not in the Politics’, ‘Politics is not a Game for Gentlemen’, and ‘Every day for the Goliaths’ (what manner of democracy is this), is a successful attempt to put in print his thoughts in various interventions under broadly descriptive  titles. And I think an incredibly insightful review of the books have been done.

We are by the way he has put this together, been able to follow and argue with his thoughts on the dynamic interaction of politics, policy and governance. Central to his analysis is leadership.

As the events of the last few months around the world have proven to us, leadership is indeed consequential. If there was any doubt about the fact that the quality of leadership is central to the fortunes of society, this pandemic has established that to us in plain terms.

It may literarily mean the difference between life and death. If leadership is that consequential, it must then suggest that politics, may be, belong in the same existential category, being the production line for leadership.

Simbo Olorunfemi strengthens the point by the metaphor of politics and policy being Siamese twins, intertwined and interlocked; one being a propeller, the other the engine.

Success for a political leader, he submits, involves a smart fusion of both, such that policy drives politics and policies are strategically framed, pursued and executed without losing sight of one for the other.

Perhaps one may add that this is where the purpose of politics is the attainment of power for the prosecution of the public good not as an end in itself or for personal or other parochial interests. And this may be no small matter as one sees time and time again the tragedy of self-absorbed, self-seeking leadership.

Some have argued that one of the challenges that we have faced as a nation is that of reluctance of our best minds to get involved in politics, leaving it to the second eleven, as they say.

A chapter from which the book ‘Politics is not a Game for Gentlemen’ derives its title, speaks to the point. Simbo argues that puritanical idealism can only take one so far in politics, and that to be successful and be in a position to attain power or influence policy direction, a bit of pragmatism is needed, founded around strategic thinking, and in acknowledgment of the fact that all politics is local.

To be successful, it is necessary, he says, to approach it at the retail level and not with a wholesale mentality.  Indeed, this is true. But clearly, where the rubber hits the road is the crucial collision of theory and praxis. How much compromise is too much or what is too little. I will leave the argument for another day.

But the other point is in my respectful view, the error of assuming that the failures in governance is on account of professionals and other decently engaged people leaving the space to career politicians.

I fear that this sort of analysis is factually incorrect because as a matter of fact very many of those who hold political office are actually qualified in some discipline or the other. And as Simbo points out in ‘Every day for the Goliaths’ (one of the pieces there) that the decay extends to the judiciary, the banking sector etc. must tell us that the problem is deeper.

The question, in my view, is what the elite consensus is? The elite in most societies determine that direction even if the primary purpose is self-preservation. I think that the problem we have is that there is so much concern with narrow parochial interest. The Nigerian elite is unable, even out of self-preservation, to find a consensus, not only to move the nation forward but also to prevent itself from destruction.

I had the privilege of working with Simbo and several others a few years ago on political strategy and tactics for our party, the APC. His commitment and passion for nation-building was always so evident. His taking the trouble to detail his thoughts in writing and put them out for debate and analysis is a commendable but, I must say, sadly disappearing activity.

In the era of the mindless tweets, and other digital enablers of lightning-speed communication and the puerile attention span they nurture, the space for critical thinking on public affairs is narrowing and the public intellectual is fast becoming an endangered category which is why Simbo’s latest efforts deserve all our commendation.

I am therefore honored to invite you to join me in presenting these books to all who seek better societies and know that they are indeed possible by the honest implementation of the thoughts and ideas of men and women who, like Simbo, apply their talents to finding answers to the myriad issues of development.

Congratulations Simbo, thank you very much. 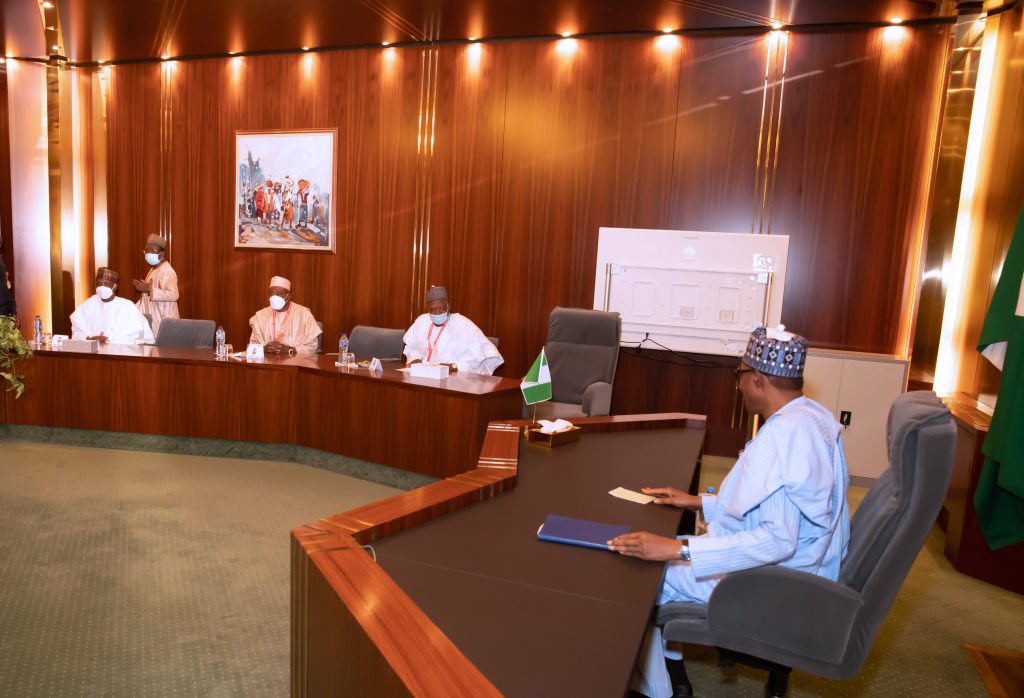