Some core economic objectives of the Nigerian government include facilitating private sector collaboration, and adding value through diversification and growth of the country’s non-oil sectors so as to boost rapid economic growth, with jobs and prosperity.

This was stated by Vice President Yemi Osinbajo, SAN, on Friday at the official commissioning of the Kimberly-Clark Huggies Diaper Manufacturing Plant in Ikorodu, Lagos State.

With about seven million babies born every year in Nigeria, Prof. Osinbajo observed that the market is huge, and that the factory signaled the beginning of greater investments in this and other sectors.

According to the Vice President, not only would the plant provide thousands of good paying jobs – directly and indirectly – within the next three years, it is an important step in private sector collaboration with the Federal Government.

“For the Federal Government, every new manufacturing plant is an important step towards our belief that it is private investments, both local and foreign, that must be the pathway to rapid economic growth, with jobs and prosperity,” the VP stated.

Buttressing the importance of the FG’s National Development Plan 2021-2025 in this regard (Government-Private sector collaboration), the Vice President observed that “the success of the Plan depends greatly on a conscious reliance on private enterprise and initiative. So, it only makes sense that the private sector is given every encouragement to play that role.”

Prof. Osinbajo further disclosed that the Federal Government’s commitment to supporting and collaborating with the private sector “is expressed in the strategic objectives of the National Development Plan, which includes establishing a strong foundation for a diversified economy, investing in critical infrastructure roads, rail, power and broadband, enabling human capital development and improving governance and strengthening security.”

Explaining further, the VP said: “the implementation of the Plan is expected to be supported by a range of fiscal, monetary and trade measures, including more intentionally promoting productivity and value addition.

“This will, of course, also mean loosening generalized restrictions on trade. Blanket import restrictions are a dampener on economic activity because a lot of items that might be needed in the manufacturing process might be affected, with consequent negative impact on value addition in the economy.

“It would also mean moving away from our instinctive demand management approach, managing limited resources to producing and creating more in a competitive and sustainable manner.  This is especially so for foreign exchange, where we all agree that a more market-driven, managed float approach will attract more dollars and relieve the pressure on foreign exchange.”

The VP stated that the NAP 7.0, which commenced on 7th February and will last till 7th April, 2022, “aims to deepen the reforms delivered over the past 5 years, with a focus on agro-exports, process automation, improvement in regulatory practices, judicial reforms and Executive Order 01/ReportGov.NG compliance.”

He further noted that the Buhari administration has “highlighted key action items in all of the focus areas to ensure that they do not unravel and to ensure we drive sustainability.”

“Some of the targets include removal of regulatory constraints around agro-exports, driving electronic filing of taxes and publication of insolvency regulations pursuant to the Companies and Allied Matters Act, 2020,” he added.

The VP further stated that “we are optimistic that a diligent implementation of the Plan, especially its underlying fiscal and monetary policy measures, will be a real game changer for business and commerce in Nigeria.”

On the manufacturing plant’s significance to the growing investments in Nigeria and the country’s economic objectives, Prof. Osinbajo noted that Kimberly-Clark has invested over $100m in just about a decade .

He said, “Kimberly-Clark West Africa has grown from being just an investor in Nigeria to a formidable partner in the actualisation of Nigeria’s economic objectives by adding value through diversification from our non-oil sector.”

He also commended the group for making important social investments in the country, such as championing the cause for women and girls through its “She SABI” Initiative.

“I am also informed that the Kimberly-Clark Foundation has made an impressive investment commitment of USD$1 million dedicated to improving sanitation and hygiene in Lagos State. There has also been an effort to reach vulnerable girls in some of Nigeria’s poorest communities through the distribution of menstrual hygiene pads; one such outreach has been done in Bauchi State,” the VP said.

Also present at the commissioning were the Lagos State Governor, Babajide Sanwo-Olu, some members of the National Assembly, and Federal Ministers, including the Ministers for Industry, Trade and Investment, Otunba Niyi Adebayo; Women Affairs, Dame Pauline Tallen; and the Minister of State, Budget and National Planning, Prince Clem Agba. 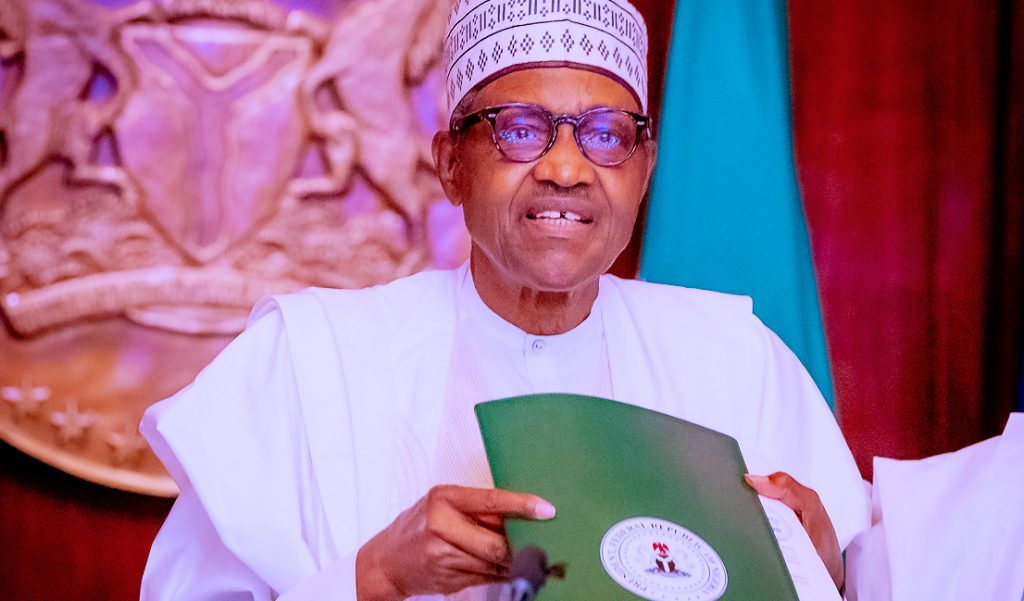