How Large Number of Nigerians can Access Government’s Programmes – Osinbajo

*FG working with Cooperatives, others to extend benefit of 300,000 Social Housing units to more Nigerians

Cooperatives play a strategic role in implementing government’s social investment and intervention programmes and ensuring that a large number of people have access to the programmes according to Vice President Yemi Osinbajo, SAN.

He said this yesterday when he received a delegation from the Cooperative Federation of Nigeria (CFN) led by the President, High Chief Tajudeen Oriyomi Ayeola.

Prof. Osinbajo stated that cooperatives are “an important part of our strategy in ensuring that the largest number of Nigerians have access to government programmes.

“The partnership of cooperatives with government is possibly the only way of doing so in an efficient manner that ensures that government services and programmes get to the right people.

“Cooperatives give their memberships the leverage to be able to take facilities and make sure those facilities are returned. They also have more knowledge of their individual members,” Prof. Osinbajo noted.

Speaking further, the VP said “the rationale for cooperatives even in the 50s remains relevant today.  When we talk about cooperatives in the Western Region and how these were very helpful and even cooperatives across the country became important pillars in the economic development of the country.”

Giving an instance where cooperatives have come in useful, Prof. Osinbajo noted that “we thought that cooperatives would be very useful in all the programmes around the Economic Sustainability Plan. One of them is the Family Homes Funds and our plans to build 300,000 social housing,” units.

He observed that “the case for cooperatives is very well made, and what we must do as a government is look for ways of cooperating with the Cooperative Associations in ensuring that we are able to get this moving.”

In his own remarks, the Managing Director of Family Homes Fund, FHF, which is implementing the Social Housing element of the ESP, Mr Femi Adewole gave an update on the work done so far concerning the National Social Housing Programme.

While awaiting disbursements from the Central Bank of Nigeria, FHF MD disclosed that the agency was able to mobilize other resources such as N10billion from the Ministry of Finance, $60million from the African Development Bank, 20million Euros from Agence Française De Développement, and about N20billion recycled capital from sales of completed property to execute the Social Housing programme for last year.

For 2022, FHF expects to do 20,640 units using its own resources, but CBN disbursements would avail the opportunity to do even much more than that.

The MD said in order for the Social Housing scheme to reach a wider target audience outside of those in formal employment, particularly the large population of citizens in the informal sector, FHF entered into a partnership with CFN in May last year and the objective was to leverage their reach to mobilize demands in groups from people in the informal sector.

While addressing the Vice President, High Chief Ayeola noted that the CFN would want the intervention of the Federal Government in reviewing the Nigerian Cooperative Societies Act which has become obsolete in the face of operations of modern cooperatives. He added that such a review would ensure more effective collaboration with FG’s strategy to ensure a larger number of Nigerians benefit from the many intervention schemes of the Administration such as the Social Housing scheme whose message he said the CFN is already spreading across their 20million members across the country. 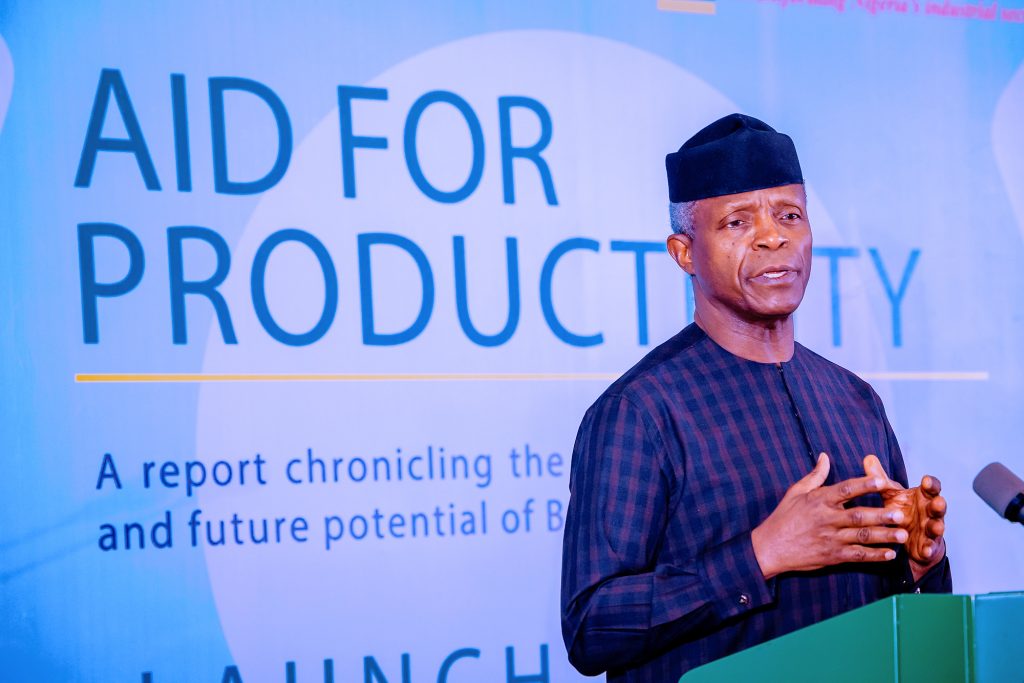