How We Are Ramping Up Our Security Architecture, By VP Osinbajo

*Receives CAC delegation, urges faith leaders to “reignite hope in the hearts of our people” at C&S symposium.

Vice President Yemi Osinbajo, SAN, has again restated the seriousness with which the Buhari administration is confronting the security challenges in the country, noting the results and outcomes of the keen efforts of the Federal Government are certainly underway.

He spoke over the weekend at the Presidential Villa when he received a delegation from the Christ Apostolic Church, CAC led by its President, Pastor Samuel Oladele at his Aguda residence on Saturday evening.

“It’s a huge country and with the security challenges, we need to ramp up resources, men and equipment. We need to ramp up the numbers, use of technology, get more military platforms and arms and ammunition,” the VP stated, adding that all of these are now in progress.

Explaining the situation further, he noted that at times, some of these things take some time. For instance, he recalled that the Federal Government ordered and fully paid over $469 million for the Tucano fighter jets about 4 years ago, but only got delivered last year.

But he assured that FG is already “getting a handle on it. Now we are reconfiguring our security, local ammunition manufacturing is on the cards and a lot of work is going on. We pray we see some of the results soon.”

He then affirmed that “our country has potential if we can keep having honest leadership. When I decided I will run for office, I thought, let’s even put our minds to it. I have seen it for 7 years and I know it can be done”

Earlier in his remarks, the CAC President, Pastor Oladele while extending greetings and appreciation to President Muhammadu Buhari for his leadership, stated that he has always personally admired the President.

“I have been a great admirer of the President since he was head of State and so we encourage him to do more for peace and prosperity of our country. We believe that all will be well with the nation.

Meanwhile, the Vice President has also called on all faith leaders in the country to inspire the right values and greatness of the Nigerian nation in their leadership roles. This is particularly so, according to him, because the church and other faith leaders have played key roles in nation-building and in the development of public and private institutions for many decades in Nigeria and such should continue.

This was the summation of his remarks at a symposium organized by the Wardens’ Unit of Cherubim & Seraphim Movement Church, Surulere District, Ayo Ni O in Lagos on Saturday morning.

Prof. Osinbajo’s remarks were delivered by the State House Chaplain, Pastor Seyi Malomo, who represented the Vice President at the symposium themed, “The State, the Society and the Church,” which also marked the 50th Anniversary of the C&S Wardens’ Unit.

The Vice President noted that with endemic corruption, among other societal vices that have dogged the nation for decades, the church must rediscover its role as a shaper of values.

“We have a duty and a charge by God Himself to challenge the moral conscience of leadership when we do not live up to the standards of our office.

“We have the ears and the hearts of the people. We must inspire them through our own great example to look to the future with hope, and to find that hope in their God-given abilities, in the strength of their character, in the enduring value of honest work and a patriotic commitment to the overall well-being of the Nigerian nation.”

He further urged the Church and all faith leaders to inspire great hope among Nigerians, especially now.

He added that “the fate of Nigeria rests in the aggregated efforts of ordinary people doing the best they can, where they can. That as citizens in a democracy they have the power to direct the course of the nation by engaging the electoral and political process; to look out for godly men and women with the capacity and elect them into offices. The church holds more power than it knows.

“The Nigeria of our dreams cannot be attained without an aggressive reawakening of our public consciousness; without a sense of collective values rooted in the very principles our faiths espouse, principles of honesty and hard work, of mutual respect, cooperation, tolerance, and fidelity to the common good.”

Despite the challenges, the VP noted that there was hope for Nigeria because of the faith and quality of its people.

“As a pastor who has spent over three decades in public service, I have unflinching faith in the capacity of the Nigerian people to build a country we can all be proud of. Like most of us, I have seen firsthand what Nigerians are capable of given the right environment and support,” the VP stated.

“The Nigerian people, particularly the young people of today, who are daring great odds to take their place under the sun, represent the beacon of hope for a new Nigeria. We must rise up to meet them with the values required to build a sustainable future, and inspire them toward the moral imperative of doing good and honest work to the best of their ability, as a service to humanity and to God.” 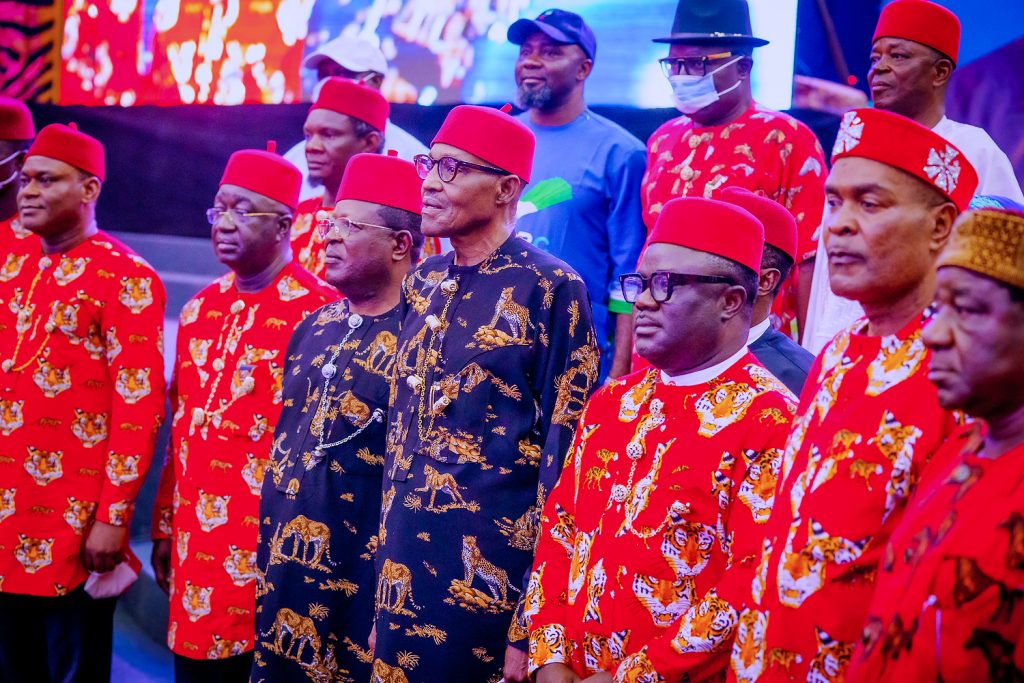