How We Can Have More Accuracy In 2023 Census – President Buhari

President Muhammadu Buhari Thursday in Abuja said deployment of digital technology in the 2023 National Population and Housing Census will ensure effectiveness and more accuracy in the figures, while noting that Nigeria could rank third largest in the world by 2050, after China and India.

Speaking at the national stakeholders’ summit on the 2023 Population and Housing Census held at the State House, President Buhari said a “reliable, credible, acceptable and successful census’’ will help government in planning purpose for development, especially in bolstering the social security programme that targets more vulnerable Nigerians.

“The country’s inability to conduct a population census in the last 16 years has created an information vacuum as the data from the last census conducted in 2006 has been rendered out of date for planning purposes.  It has therefore become imperative for the nation to conduct another national census to produce a new set of demographic and socio-economic data that will provide the basis for national planning and sustainable development.

“Population is a critical factor in a nation’s efforts toward achieving sustainable development. People are both the agents and beneficiaries of the development process. Knowledge of the national population in terms of size, distribution and socio-economic characteristics is required for planning purposes. This, therefore, makes the conduct of census an essential governance activity.

Despite Nigeria’s high-ranking position on the global demographic map, the President said its population censuses had been conducted irregularly and at intervals, longer than the United Nations recommended 10 years.

“This irregular and long interval of census taking in Nigeria, has denied the nation the huge benefits of comprehensive baseline data for evidence-based decision-making.

“Since our assumption of office in 2015, our administration has introduced several poverty reduction and youth empowerment programmes, which are making concrete improvements in the living standards of our people. There is a need to ensure that further implementation of these programmes will be driven by the 2023 Census data that will improve the implementation of programmes targeting vulnerable populations and ensuring as widespread coverage as possible.

“The nation requires a new data set to drive the implementation of the recently launched revised National Policy on Population for Sustainable Development and other government policies. The 2023 Census data is also needed to tackle the security challenges bedevilling the country as it will give an overview of the population, where we are and who we are,’’ he added.

“Ordinarily, conducting a population census is a routine national event that is the ultimate responsibility of every national government. Census taking cannot be left to the National Population Commission alone,’’ he said.

President Buhari noted that the government would appreciate all support from donors, development partners and the international community in order to ensure that the Commission conducts a census that would be transparent, credible and meet national and international standard.

“Our Administration is convinced that the National Population Commission has the commitment and capacity to deliver to the nation a reliable, credible, acceptable and successful census. We are also satisfied with the deployment of technology by the Commission to ensure the conduct of the first fully digital census in Nigeria as the census methodology will enhance the data quality, inspire the confidence of the Nigerian people and acceptability of the census results.’’

“The just concluded Trial Census, in which my household was enumerated in my hometown, Daura, Katsina State has renewed our hope and confidence in the capacity of the Commission to deliver the 2023 Census. The outcome of the preparatory activities for the main census is reassuring that the Commission is progressing in the right direction,’’ the President noted.

He added that knowing Nigeria’s population and using the data to plan for the people and future generations remain a collective duty owed the nation.

“We must all resolve that this duty is satisfactorily carried out in the firm belief that what has joined us together as a nation and our common destiny are far stronger than the negative forces that tend to drive us apart,’’ he submitted.

In his remarks, the Secretary to the Government of the Federation, Boss Mustapha, who was represented by the Special Adviser to the President, Dr Habiba Muda Lawal, said the country had a population growth rate of 2.3 percent, and would likely be the third most populated country in the world by 2050.

She said the 2023 Census would be the first fully digital population and housing documentation and the outcome would be useful for planning and budgetary allocations.

Chairman of the Nigerian Governor’s Forum and Governor of Ekiti State, John Kayode Fayemi, represented by Plateau State Governor, Simon Lalong, praised the President for taking the bold step, adding that the figures would help in national and sub-national planning, particularly for education and health care.

Ooni of Ife, Adeyeye Enitan Ogunwusi, said President Buhari had once again proven that that he would leave a formidable legacy for the nation.

“This administration has proven that things can work in this country. We have seen it in the elections, that polls can be held without rigging. And we are happy to see NPC and INEC working together for a better Nigeria.

“We might not see the impact of some of the decisions taken, but certainly in the future we will see it, at least for the first time our homes will now be coded,’’ he said.

Chairman of the NPC, Nasir Isa Kwarra, thanked the President for the approval for the 2023 Census in April, after the general elections, assuring that the commission will work hard to make it “credible and acceptable’’.

Previous Post When We Give It Our Best, A Country Free Of Past, Present Challenges Is Achievable, Says Osinbajo 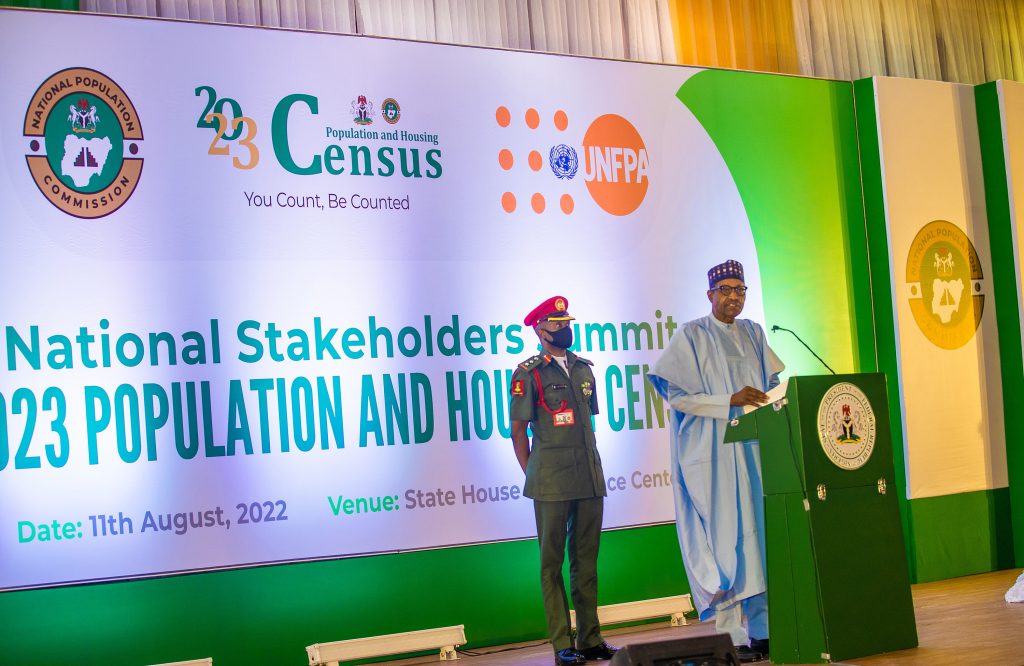