President Muhammadu Buhari has directed the immediate conclusion of all the processes for the implementation of the integrated security surveillance and monitoring solution for the Abuja to Kaduna railway line and that this be extended to cover the Lagos-Ibadan railway line.

He also directed the Nigerian Railway Corporation management to speedily repair the damaged lines and resume normal service without delay.

Additionally, the President charged the law enforcement chiefs to bring back all passengers kidnapped and ensure that each of the callous terrorists are hunted down and made to face justice for their heinous acts as no one or group should be allowed to make the country prostrate.

President Buhari reiterated his earlier directive that the military should deal ruthlessly with terrorists. He asked them to be more decisive and not spare anyone unlawfully wielding the AK 47 weapon.

“No one should be allowed to hold the country to ransom,” said the President.

President Buhari strongly condemned the bombing of the passenger train, describing it as a “matter of grave concern.”

According to the President, “like most Nigerians, I am deeply pained by its occurrence, the second of its type, which has resulted in the death of a yet to be determined number of passengers and others who suffered injuries.

“The attack on the train, a safe means of transport to many, is callous; and our thoughts are with the families of the deceased and prayers for the injured,” he said.

The President commended the Law Enforcement agencies for their prompt response and emergency personnel who were responsible for the evacuation and treatment of the injured persons. 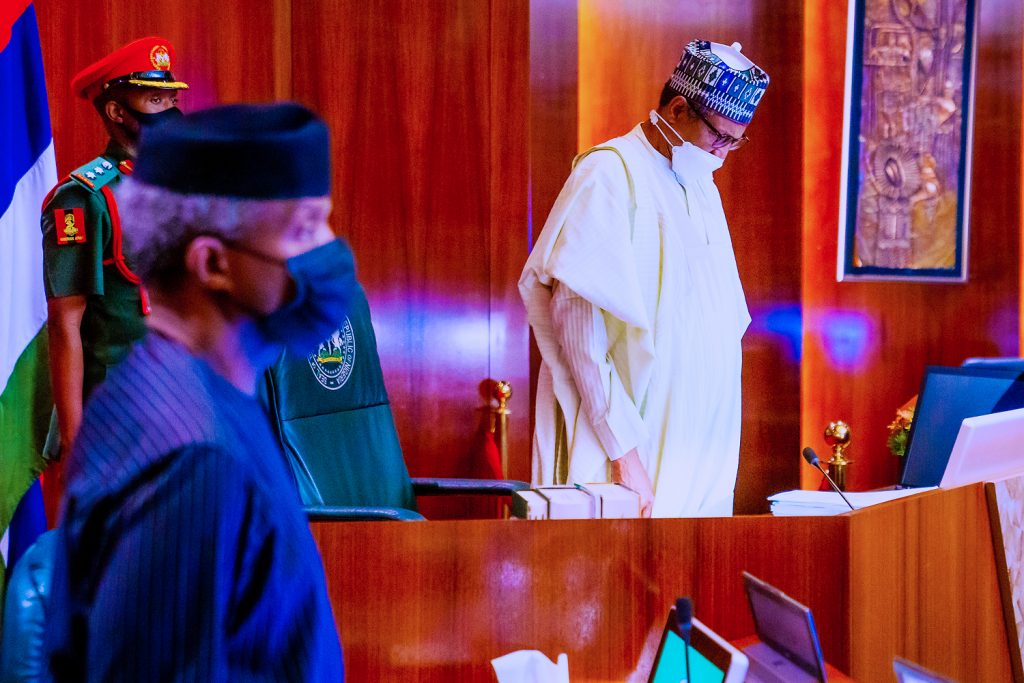