President Muhammadu Buhari says he will await the final outcome of the constitutional review process before presenting the report of the review of the vertical revenue allocation formula to the National Assembly as a Bill for enactment.

The President stated this on Thursday in Abuja while receiving the report by the Revenue Mobilization Allocation and Fiscal Commission (RMAFC), led by Engr. Elias Mbam.

‘‘Ordinarily, I would have gone ahead to table this report before the National Assembly as a Bill for enactment.

‘‘However, since the review of the vertical revenue allocation formula is a function of the roles and responsibilities of the different tiers of government, I will await the final outcome of the constitutional review process, especially as some of the proposed amendments would have a bearing on the recommendations contained herein,’’ he said.

President Buhari listed some of the recommendations in the report as follows:

‘‘Establishing local government as a tier of government and the associated abrogation of the state/local government account; moving airports; fingerprints, identification and criminal records from the exclusive legislative list to the concurrent legislative list, empowering the RMAFC to enforce compliance with remittance of accruals into and disbursement of revenue from the Federation Account as well as streamlining the procedure for reviewing the revenue allocation formula.’’

The President assured members of the Commission that the Federal Government would immediately subject the report to its internal review and approval processes, while awaiting finalization of the efforts by the National Assembly.

According to the President this strategy, rather than issuing an Executive Modification order, as was done in 1992, is more in line with entrenching our democratic tenets.

He commended the RMAFC for a job painstakingly done, pledging his unwavering commitment and support to them in carrying out their constitutional mandates.

The President also thanked Nigerians, especially the State and Local Governments, for making their inputs through the broad stake-holder engagement processes that produced the report.

‘‘I am aware that the present revenue allocation formula has not been reviewed since the last exercise carried out in 1992.

‘‘Considering the changing dynamics of our political-economy, such as Privatisation, Deregulation, funding arrangement of Primary Education, Primary Health Care and the growing clamour for decentralisation among others; it is necessary that we take another look at our Revenue Sharing Formula, especially the vertical aspects that relate to the tiers of government.

President Buhari said as an advocate for grassroots development, he has always remained committed to ensuring that all tiers of Government are treated fairly, equally and justly in the sharing of national resources.

‘‘I want to let you all know that I have keenly followed most of the discussions held in the geo-political consultative process and one thing that struck me clearly was the agreement that a review of our vertical revenue formula cannot and should not be an emotional or sentimental discussion and it cannot be done arbitrarily.

‘‘All over the world, revenue and resource allocation have always been a function of the level of responsibilities attached to the different components or tiers of government.

‘‘I am, therefore, happy to note that the discussions were held along these lines and rested squarely on roles and responsibilities as spelt out in the 1999 Constitution (as amended).

‘‘However, I also note that in reaching the final decisions at most of these engagements, not much emphasis was placed on the fact that the Second Schedule of the Nigerian constitution contains Sixty Eight (68) items on the Exclusive Legislative List and the remaining Thirty (30) items on the Concurrent List requiring both the Federal and State Government to address’’.

President Buhari, therefore, declared that for the nation to have a lasting review of the present revenue allocation formula, there must first be an agreement on the responsibilities to be carried out by all the tiers of Government.

He added that with regards to the Special Funds, the report by the RMAFC proposed an increase of .2% for the Federal Capital Territory (FCT) and a decrease of .38% for Development of Natural Resources.

The President recounted that the Federal Government also made its input into the process of reviewing the vertical revenue allocation formula based on existing constitutional provisions for roles and responsibilities for the different tiers of government.

‘‘We must note the increasing visibility in Sub-national level responsibilities due to weaknesses at that level, for example: Primary Health Care; Basic Primary Education; Levels of insecurity, and; Increased remittances to State and Local Governments through the Value Added Tax sharing formula, where the Federal Government has only 15% and the States and Local Government share 50% and 35% respectively,’’ he said.

In his remarks, the Secretary to the Government of the Federation, Boss Mustapha, said the RMAFC followed due process in undertaking the exercise, and sought the opinion of the Federal Government before finalizing the report.

Giving a synopsis of the report, Mustapha said that it was in four volumes, including a summary in the main report.

‘‘Volume 1 contains the various memoranda submitted by the Federal and State Governments as well as the FCT. Volume 2 details the presentation from the academia, civil society, professional bodies, traditional rulers, individuals, as well as women and youth council.

‘‘To complete the inclusiveness of the stakeholder participatory processes adopted, Volume 3 is a research that captures the body of knowledge that supported the review while Volume 4 is a further distillation of submissions by the State and Local Governments as well as NGOs and Area Councils of the FCT,’’ he said.

Also speaking, Mbam said the leading philosophy behind the proposed review was guided ‘‘by the need for distributive justice, equity and fairness as enshrined in relevant Sections of the 1999 Constitution (as amended).’’

He added that the principles took into cognizance the indivisibility of the country, public opinion and weighted Constitutional responsibilities and functions of the three levels of Government.

In arriving at the new vertical revenue allocation formula, Mbam told the President the commission had wide consultation with major stakeholders, public hearing in all the geo-political zones, administered questionnaires and studied some other Federations with similar fiscal arrangements like Nigeria to draw useful lessons from their experiences.

According to the RMAFC chairman, the Commission also visited all the 36 States and the FCT, the 774 Local Government Areas to sensitize and obtain inputs from stakeholders.

He added that literature reviews were conducted on revenue allocation formula in Nigeria dating back to pre-independence period while the Commission received memoranda from the public sectors, individuals and private institutions across the country.

Explaining the major reasons for the exercise, Mbam noted that since the last review was conducted in 1992, 29 years ago, the political structure of the country has changed with the creation of six additional States in 1996, which brought the number of States to 36.

Correspondingly, he said, the number of local governments councils also increased from 589 to 774.

‘‘There have been considerable changes arising from the policy reforms that altered the relative share of responsibilities of the various tiers of Government such as deregulation, privatization and the lingering controversies over funding of primary education, primary healthcare,’’  he said.

The RMAFC chairman noted that while Section 32(b), Part 1 of Third Schedule of the 1999 Constitution 9 (as amended) empowers the Commission to review from time to time the revenue allocation formulae; the inadequate and decaying infrastructure, as well as heightened widespread internal security challenges across the country also necessitated the exercise, among others. 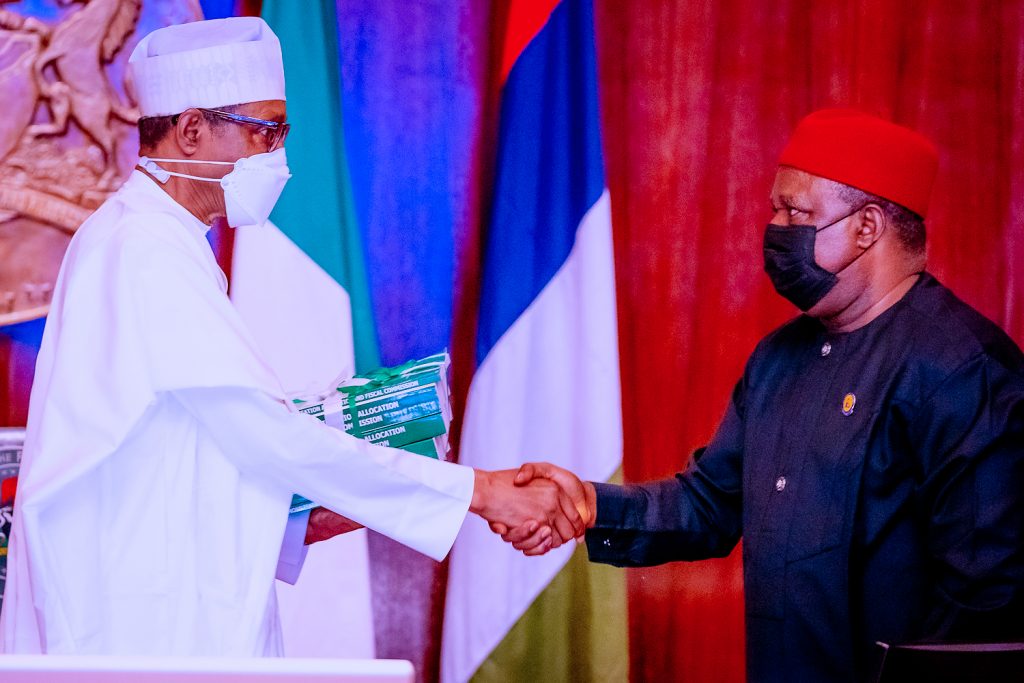