Nigeria is open to more investment from foreign companies, including from Turkey, in the areas of construction, manufacturing, technology and other sectors, according to Vice President Yemi Osinbajo, SAN.
Prof. Osinbajo stated this on Tuesday when he received at the Presidential Villa, Abuja, a Turkish business delegation led by Turkey’s Minister of Trade, Ruhsar Pekcan.

With Nigeria and Turkey having existing bilateral relations for decades and maintained close cooperation in international organizations, the Vice President noted that he looks forward to greater cooperation between the two countries exploring other areas to deepen economic ties.

According to the VP, “I think also that more opportunities will come for further interactions with Turkey, especially in the light of the African Continental Free Trade Agreement we just signed. I believe very strongly that this is an opportunity also for Turkey to participate fully in the African economies, in particular, Nigeria’s economy. As you are well aware, several Turkish companies are already operating in Nigeria, in construction, manufacturing and other areas.” The Vice President added that the Federal Government is looking forward to more foreign investment in Nigeria in different sectors.

In her remarks, the Turkish Minister of Trade said the Turkish government is looking forward to improving the bilateral trade volume between Nigeria and Turkey and deepening economic ties. She noted that there are several Turkish companies already in Nigeria and Turkish investors willing to invest in different sectors in the country. Pekcan also thanked the Nigerian government for its continued support in tackling the global threat of terrorism. Senior government officials at the meeting include the Minister of Industry, Trade and Investment, Chief Niyi Adebayo; Minister of State for Foreign Affairs, Amb. Zubairu Dada; and the Executive Director/ CEO, Nigerian Export Promotion Council, Mr. Segun Awolowo.

Earlier, the Vice President had received a delegation from the Law Students Association of Nigeria (LAWSAN), the umbrella body of all law students in the country. During the meeting, Prof. Osinbajo stated that young Nigerians play very important roles in building the Nigerian enterprise and urged them to embrace opportunities to make those contributions.

Describing the Association’s innovative campaign, LAWSAN Goes to School, as laudable, the VP said he was impressed by the quality, scope of work and thoughtfulness behind initiatives being driven by the association. LAWSAN Goes to School is an outreach for creating awareness among Secondary School students on certain important aspects of the Law in society.

The VP said, “You are concerned with not just law students, but students in secondary schools, that is really commendable. We need more instructions in our primary and secondary schools on civic responsibilities which is very important. Young people need to understand the part that they have to play in the whole Nigerian enterprise. More volunteers on the ground will be needed. Perhaps using more existing resources like members of N-Power programmes who are graduates of Nigerian universities.”
In his remarks, the President of the Law Students Body, Mr. Emmanuel Nwobodo, said the campaign is part of the association’s drive to give back to society.

“We strongly believe in corporate social responsibility because it is vital in achieving the kind of future we want to build for ourselves and Nigeria,” Nwobodo said. He praised the Buhari administration for its transparency and the VP for his exemplary leadership style and “bringing the Federal Government down to the people,” stating that “an average Nigerian is aware of how much you have brought the Federal Government to the grassroots.”
Speaking further, Nwobodo said, “As your administration speaks in respect to transparency, we have been accountable to our own people by organizing the Peoples’ Congress wherein we give account of what we have been doing at the apex body to law students because we believe that to succeed, integrity and conscience must form the government pack of our nation and leadership and we have learnt so far from the precedence you have laid over time in leadership.”

He said during a recent campaign by the Association in the South East, “Students were also taught their rights, limitations to the rights as well as their responsibilities as citizens of Nigeria. 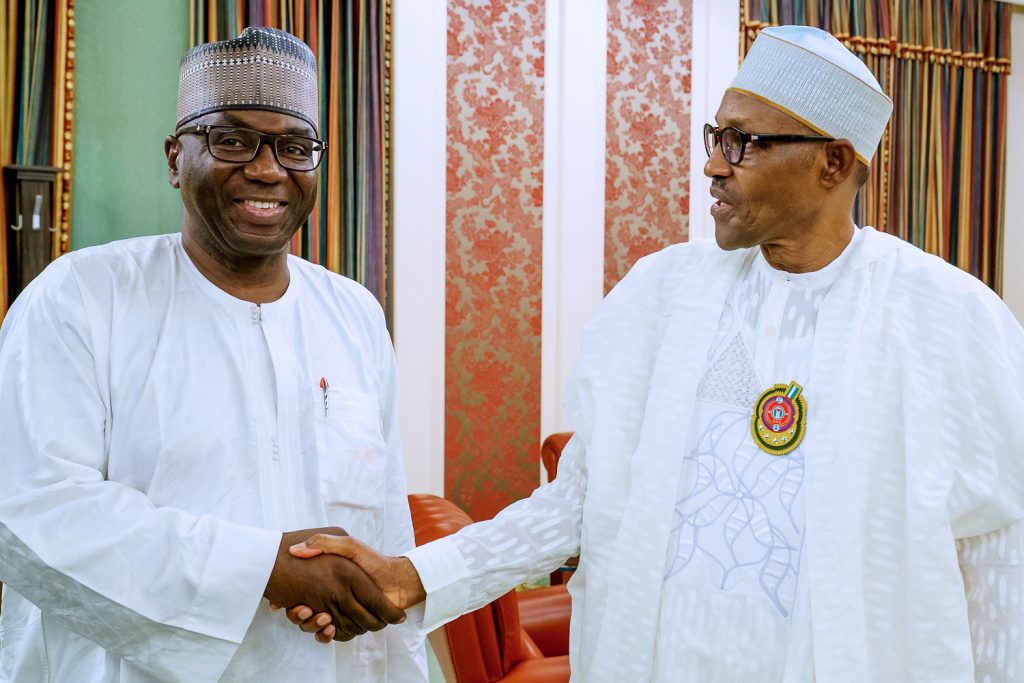 Next Post Why Buhari Presidency is Developing Game-Changing Infrastructure, by Osinbajo