Nigeria, Tanzania United on the need for Global Push Against Unconstitutional Change of Govts In West Africa

*If Africans abandon gas energy, where do we go? – VP Mpanga

Vice President Yemi Osinbajo, SAN and his Tanzanian counterpart Dr. Philip Isdor Mpango are united in their views regarding a just energy transition as the global community moves towards a net-zero emissions target and the need for greater international collaboration in deterring unconstitutional changes of government in Africa.

These are some of the issues discussed by both leaders at a bilateral meeting in Arusha this afternoon after Prof. Osinbajo arrived in Tanzania to speak at the inaugural session of the African Court of Human and Peoples’ Rights for the year 2022. The Vice Presidents discussed a wide range of issues of interest to both Nigeria and Tanzania, including infrastructure development, trade and investment, technology, climate change and democracy.

Speaking about the need to promote democratic governance on the continent against the backdrop of recent coups de’tat in West Africa, the Vice Presidents emphasized the need for other regional bodies on the continent and others in the global community to support actions already taken by ECOWAS leaders.


According to Prof Osinbajo, “we in ECOWAS have experienced in just under a year, 4 coups de’tat including attempts and it is disturbing because we felt we had put those things behind us, and now they seem to be coming back.


“It is something that we think has to do with more cooperation. AU has been very forthcoming (in condemnation) in saying that we cannot tolerate unconstitutional seizures of power. But sanctioning these coupists without any proper “teeth” has not been particularly effective.


“There might be a need for us to reach out to some of the regional bodies, development financial institutions such as the World Bank, IMF, and the EU. The EU has been quite responsive but we think that we can do a lot more just in terms of cooperation, so there is an effective deterrent if everyone agrees that undemocratic change of government is unacceptable.”


On Climate Change and the attendant goal of net-zero emissions, Prof. Osinbajo observed that “the major challenge is that the wealthier countries are abandoning fossil fuels and gas and some of them are already defunding gas projects.”

According to him, “we in Africa will run into trouble because gas projects are important even for the transition. It is important for us to come together to oppose any situation where the wealthier countries insist that on account of going towards net-zero emissions in 2050, we should then abandon gas which is one of the major sources of energy for industry and clean cooking. We think that the wealthier countries are asking us to do what they didn’t do – use renewable energy for industry.”

The Nigerian Vice President however noted that “on the one hand, it is important for us to keep our focus on the transition to net-zero emissions, but it is also important for the world to know that we in Africa have two challenges – Climate Change and development.


On the issue of the place of technology in economic growth, Prof. Osinbajo noted that “we believe very strongly that our growth would be technology-led,” explaining that for Nigeria especially, since 2016, “there are about 6 Nigerian companies that have become UNICORNS – companies worth over a billion dollars.”


“All these companies started in 2016, including Flutterwave which was recently valued at over 3billion dollars. Technology is very important to us and we have investments in broadband infrastructure across the country and consider it to be fundamental to our economic growth.


“Even with what we have done, it is incredible how many new businesses in technology have come up, startups springing up every day. It is an exciting time for us, especially for those investing in technology startups across all sectors – education, health, and FinTech. There is also financial inclusion because there were many parts of the country that banks didn’t bother to go to, but with technology, we are able to reach all of those places.”


On his part, Vice President Mpango commended West African leaders for their efforts to halt the menace of coups de’tat in the sub-region and also agreed that Africa can achieve more working in unison, noting that Climate Change is an example of one area leaders on the continent need to work together to address.

“The apparent wish by developed countries to abandon fossil fuel is worrisome because we are still struggling to provide the basics. Our forests are disappearing because our people are still forced to use firewood for cooking, if we abandon gas energy, where do we go to?”

The Tanzanian Vice President thanked Prof. Osinbajo for accepting the invitation of the African Court to be the Guest Speaker at the formal opening of the Court’s 2022 Judicial Year holding tomorrow.

Both leaders also agreed that the relationship between their countries have been notable over the years adding however that there is room for much more improvement. For instance, it was agreed that arrangements to concretize the Joint Commission between both countries should proceed.

Dr. Mpango recalled Nigeria’s role in the fight to end apartheid in Southern Africa, saying “Nigeria never abandoned her brothers and sisters in South Africa.” He added that both countries have been working together and supporting each other internationally since 1962 including at the United Nations and in Africa.

Agreeing, Prof. Osinbajo said of the time Nigeria and other African nations stood up against apartheid, “we must revitalise the time, especially with the kind of forward-looking leadership currently in our countries.”

He said Nigeria and Tanzania need each other adding that with the Africa Continental Free Trade Agreement, arguably the largest free trade zone in the world, Africans “can open up the markets and enable ourselves to profit.” According to him, the Agreement opens more opportunities for rule-based investments.

Vice President Osinbajo arrived in Arusha this morning ahead of his speech as Guest Speaker tomorrow at the African Court on Human and Peoples’ Rights 2022 Court Opening event. His Tanzanian counterpart travelled from the nation’s capital city of Dar es Salaam to hold the bilateral meeting with him. 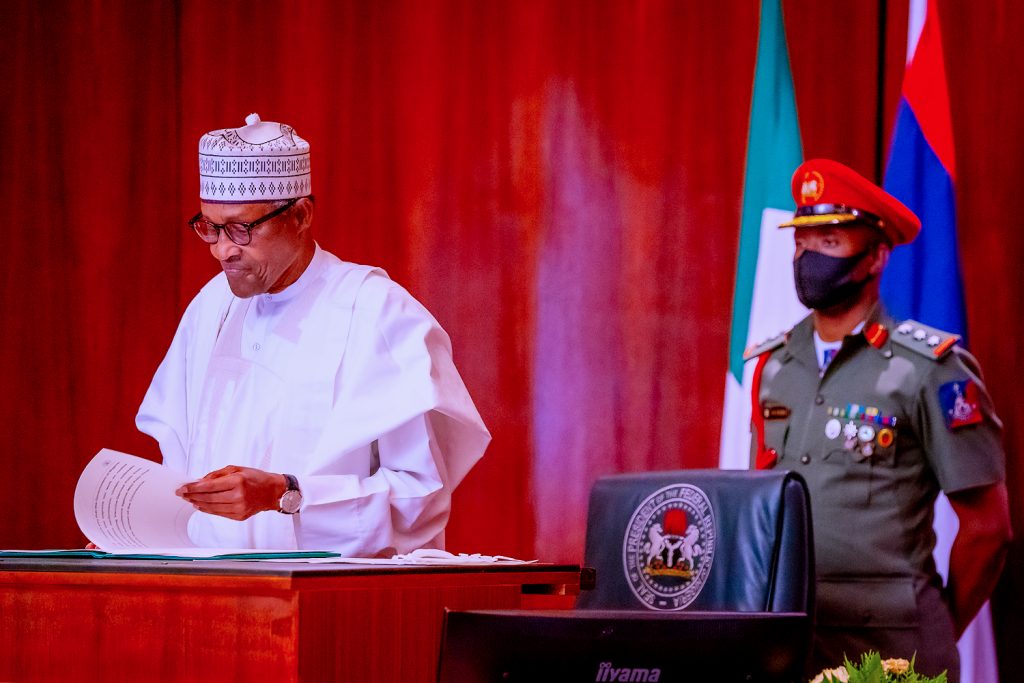 Next Post Assent Into Law of the Electoral Act 2022: Landmark Moment for the Nation