Collaboration between the Federal Government and the private sector will not only ensure effective coordination of the infrastructure development across the nation, and all sectors of the economy, it will also bridge the nation’s infrastructure gaps, according to Vice President Yemi Osinbajo, SAN.

This is a major reason why the Buhari administration has set up the National Council on Infrastructure, the Vice President added.

Prof. Osinbajo, who formally inaugurated the Council during a virtual meeting which he presided over today, stated that “for efficient and effective implementation of infrastructure projects, the National Integrated Infrastructure Master Plan recommended the establishment of the National Council on Infrastructure and its Technical Working Group (TWG).”

The Vice President further stated that the Buhari administration’s National Integrated Infrastructure Master Plan was developed to provide “an integrated view of infrastructure development in Nigeria with clear linkages across key sectors and identifies enablers for successful implementation in line with the current economic realities.”

The National Integrated Infrastructure Master Plan takes stock of existing infrastructure and specifically sets out the goal of raising Nigeria’s infrastructure stock to at least 70 percent by the year 2043, the VP said.

Speaking further, the Vice President noted that, “the success of the National Integrated Infrastructure Master Plan will depend, to a large extent, on the establishment of a strong implementation mechanism and framework that promotes performance and accountability.

Specifically, Prof. Osinbajo added that the National Council on Infrastructure “is to provide policy direction on infrastructure matters and drive the creation and sustenance of the expected synergy and linkages between the public and the private sector to enhance the implementation of the Infrastructure Master Plan, while the Technical Working Group is to provide guidance to the Council and advise on all infrastructure related matters.”

Noting that the governance structure conforms with global best practice, Prof. Osinbajo further stated that “a well-coordinated and strategic approach will be required to harness private resources to increase the stock of Nigeria’s infrastructure to the desired level by the year 2043.’

Despite substantial infrastructure deficits across the country, Prof. Osinbajo emphasized the deliberate and massive investment in road, rail and power infrastructure for rapid economic development by the Buhari administration.

“A fundamental feature of our Administration’s plan for the rapid development of the economy is a deliberate and massive investment in Infrastructure,” the VP stated.

They include the second Niger bridge, the Lagos-Ibadan expressway, the Abuja-Kaduna-Kano Road (funded through the Presidential Infrastructure Development Fund); the construction and upgrading of about 5,000 km of major road projects across the country through the Sukuk bond.

Continuing, the VP said, “Rail sector investments include the Lagos Kano standard gauge lines, the Warri-Itakpe rail, In the Energy sector, this Administration has green lit NLNG Train 7, invested in the Ajaokuta-Kaduna-Kano (AKK) pipeline and is on track to complete an incremental 4,000MW of generating assets (such as Zungeru Hydro and Kashimbilla Hydro) to complement systemic reforms and investments in the Distribution and Transmission segments of the electricity value chain.”

Prof. Osinbajo further said, “the Administration is investing more than $2 billion in Distribution and Transmission through the Siemens Presidential Power Initiative, the Transmission, Rehabilitation and Expansion Plan, the CBN financed Transmission-Distribution Interface Programme and the recently approved $500 million World Bank DISREP program for the Distribution segment.”

Noting further the importance of private sector participation, the VP said, “the Reviewed National Integrated Infrastructure Master Plan (2020-2043) and the National Development Plan 2021-2025 also estimated the current nation’s infrastructure stock to be between 30-35 percent of the GDP in 2020 against 20 per cent of the GDP recorded at the inception of this administration in 2015.  This is still a far cry from the estimated target of 70 per cent envisaged in 2043.

To buttress this point, Prof. Osinbajo noted that the USD$2.3 Trillion estimated resource requirement for the National Integrated Infrastructure Master Plan implementation was too large to be provided from public resources alone.

Further emphasizing collaboration between government and the private sector in closing these infrastructure deficits, the VP noted that ‘a well-coordinated and strategic approach will be required to harness private resources to increase the stock of Nigeria’s infrastructure to the desired level by the year 2043.”

The private sector, he added, “is expected to play an increasingly important role either directly or in collaboration with the government through Public Private Partnership (PPP) with the Government providing a supportive environment with stable and transparent policies, rules and regulations.”

In his remarks, the Minister of State, Budget and National Planning, Prince Clem Agba, thanked the Vice President for his leadership and selfless service to the nation.

Private sector members of the new Council, include the President of the Manufacturers Association of Nigeria (MAN), Engr. Mansur Ahmed; and a representative of the Nigeria Society of Engineers (NSE), Engr. Tasiu Wudil, both of whom were in attendance, also welcomed the inauguration of the Council, to which they are also members.

The Vice President is Chair of the National Council on Infrastructure, and members include representative of the State Governors; Federal Ministers, heads of government agencies and members of the private sector.

The Federal Ministry of Finance, Budget and National Planning, through its Infrastructure Delivery Coordinating Unit, has been strengthened further to function as the Secretariat for the Council, Prof. Osinbajo said. 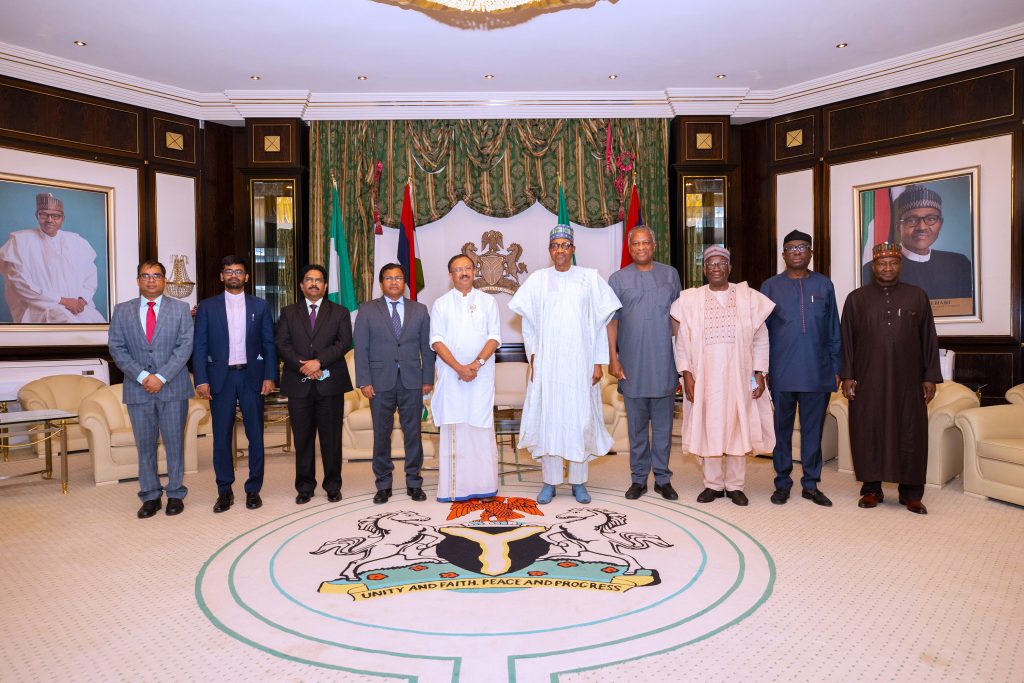