Adds: Everything that happens in Public Service affects Nigeria’s future

“The role of government agencies as licensors, regulators, revenue generators only makes sense when operators understand that the bigger picture is to provide the most auspicious environment for the private and non-government sectors to operate.”

This was the summary of the Leadership Enhancement and Development Programme (LEAD-P) Special Lecture for members of the Federal Government’s Civil Service delivered by Vice President Yemi Osinbajo, SAN, today in Abuja.

Prof. Osinbajo also added that the capacity, professionalism and integrity of a country’s civil service is vital for its general development.

He stated that Nigeria’s future development as a nation requires a well-motivated, efficient and dynamic public service, and strategic leadership skills are essential to reposition the Federal Civil Service to enable it to play its pivotal role in national development.

The Vice President, while speaking on the topic “Strategic Leadership – The Essential Skills,” (especially as it relates to the civil service) noted that “everything that happens in the public service has an impact on the lives, livelihoods and the future of our country.”

He said, “great economies and great nations, prosperity and abundance of nations and communities are created by men and not spirits,” explaining that it is people who make nations great.

“The strategic thinker must know that we are called to tend not to strangle the goose that will lay the golden eggs. This approach applies to every component of government policy, not just the economy,” the VP noted.

“Given the roles and responsibilities of the civil service namely; to design and implement policy, regulate economic activity, and provide public goods including infrastructure and social services. Very often we hear people say that Nigeria’s problem is not plans and policies, but rather that of a lack of implementation.

“The subtext of such comments is simple: the bureaucracy is the key. If it works, everything works. If it fails, plans and policies are hardly worth the paper they are written on. The bureaucracy literarily holds the future of the nation in its hands.”

Prof. Osinbajo further said that the Buhari Administration’s social investment programmes, as well as its commitment to lift a hundred million Nigerians out of poverty, are massive policy initiatives that require “a full understanding and strategic interpretation by the civil service for effective implementation.”

He added that the strategic leader must recognize the whole point of the civil service and government agencies, which must be to facilitate and enable individuals, corporations and other commercial groups sometimes working with the government to develop industries, do business, trade, render services and invest.

“So strategic leaders must envision strategies for ensuring that all government agencies and departments work together to achieve this objective, any failures along the chain means that the overall objective is delayed or denied.”

According to the VP, with regards to the civil service, “strategy requires first a clear detailed understanding of government’s policies.”

For instance, the Vice President noted that “the strategic leader must fully grasp the policies and plans of government… which requires serious study and inquiry. To be effective at this stage of the assignment, the bureaucrat must apply multidisciplinary knowledge and skills. Some can be taught but self-development is perhaps more important.”

Similarly, while noting that strategic leadership was not an individual phenomenon, but has to be systemic and organizational, Prof. Osinbajo said “strategic thinking and action require collaborative thinking, planning, and implementation. So, an essential skill for a strategic leader is the ability to think, plan, work and deliver on plans and policies with others, often across departments and agencies.”

Using the economic policy of the Buhari administration as an example, Prof. Osinbajo stated that diversification was central to this policy. In the same vein, he noted that such policy, which includes job creation and resource mobilisation, would not be successfully implemented without robust collaboration with the private sector.

Such collaborative thinking, the VP noted, would then inform the way a strategic leader thinks, plans and acts.

He further emphasized that “it is the business of Civil Service leadership at the strategic level to fashion the fastest most efficient ways to ensure that commercial people and investors can do their business. Government policies on diversifying the economy, creating jobs, resource mobilisation is useless if there is no collaborative thinking, and action for implementation by the leadership of the civil service.”

In the same vein, the importance of discipline and accountability in ensuring optimal function of the civil service, aside from quality remuneration was also highlighted.

There is no question, according to the VP, while quoting the late Prime Minister Lee Kuan Yew of Singapore, that “petty power invested in men who cannot live on their salaries is an invitation to misuse that power” and that “adequate remuneration is vital for high standards of probity in political leaders and high officials.”

He observed however that good pay is not enough, but also that “accountability and discipline are as important.”

The Vice President then commended the Head of the Civil Service of the Federation and her team for establishing the first LEAD-Programme, as well as the improved Federal Civil Service Strategy and Implementation Plan (FCSSIP) 2021-2025 – which is a successor to FCSSIP 2017-2020.

The LEAD-P, he noted, is an integral part of the three-pronged training components of the plan (FCSSIP), alongside the Structured Assessment Based Training Programme (SMART-P) and the Induction Training.

Those present at the event include the Secretary to the Government of the Federation, Boss Mustapha; Head of Civil Service, Dr. Folasade Yemi-Esan; Minister of Information and Culture, Alhaji Lai Mohammed; Minister of State for Budget and National Planning, Prince Clem Agba; Chairman, Federal Civil Service Commission, Mr Wakil Bukar, and Permanent Secretaries amongst others. 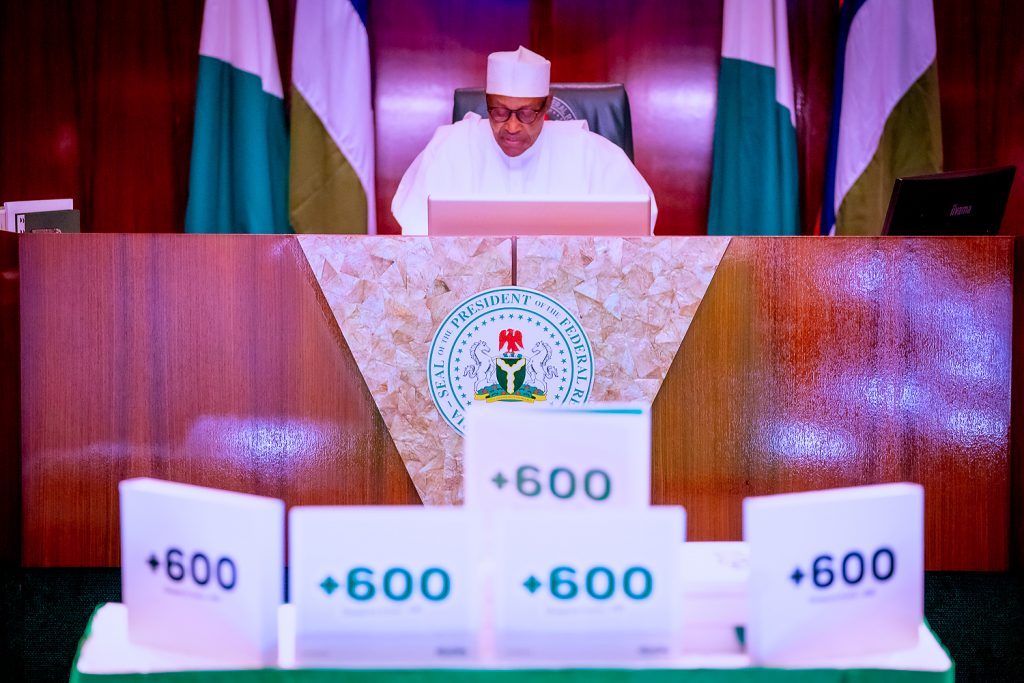