Our Benefits From Joining Open Government Partnership, By President Buhari

President Muhammadu Buhari Thursday received a delegation from the Open Government Partnership (OGP) Support Unit, led by the Chief Executive Officer, Dr Sanjay Pradhan, during which he itemized the benefits Nigeria has derived from joining the transparency body in 2016.

“By next month (in August), I will sign the third Action Plan, which is in the final stages of development. I am eager to sign the document so that we can continue to sustain the progress of reforms that we have recorded in the past six years of implementation.”

Speaking further, the President outlined some of the successes that the country has recorded since it began to implement the Open Government Partnership in 2016 as follows:

“Our budgeting processes have become more open, citizens-centred and participatory. In accordance with the objective of fiscal transparency, all stakeholders, including the public are involved in the country’s budget making process, have access to the details of our budgets, and have opportunity to make inputs into it. As a proof of our progress, Nigeria was ranked among the best improved countries for transparency in the latest global Open Budget Survey.

“We are currently building a robust national Beneficial Ownership Database, which will be deployed to combat global criminal activities including illicit financial flows and terrorism financing. We are equally convinced the Beneficial Ownership disclosure policy will support our domestic resource mobilization.”

President Buhari said as a government, “We are encouraged that, at the last OGP Global Summit in Seoul, South Korea, Nigeria won the OGP Impact Award for our commitment and progress on Beneficial Ownership Transparency.

“As part of our commitment to sustain the progress, I have just approved Nigeria’s membership of the Beneficial Ownership Leadership Group.”

On extractive industry transparency, he said Nigeria as a leading member of the Extractive Industries Transparency Initiative, was appointed recently to chair the global network of 20 countries implementing contract transparency.

“Also, as part of a broader commitment to extractive industry transparency, we passed the Petroleum Industry Act which introduced sweeping reforms to enhance transparent and accountable governance of the oil and gas industry.

“In public procurement, we have established the Nigerian Procurement Portal, where citizens can monitor all government procurement processes in a transparent manner. We are currently improving this system to achieve greater effectiveness,” he added.

President Buhari said one of the reasons the country has made this much progress is because “we have backed our verbal commitments with deliberate action, by including OGP implementation in the national budget to ensure sustainability of the partnership in Nigeria.

“With these steps we have taken, our administration will bequeath to the next government a culture of transparency, accountability and citizens’ participation in governance. We have worked hard to institutionalise the OGP by mainstreaming open government practices across our governance systems.”

The President commended the national OGP team led by Minister of State, Budget and National Planning, Prince Clem Agba, who is the Government Co-Chair, and the Civil Society Co-Chair Dr. Tayo Adeloju for their relentless efforts in advancing transparency and accountability in governance processes.

OGP CEO, Pradhan, recalled that he was there in London in 2016, when President Buhari committed to the 77-member organization as Number 70, and described Nigeria as “an excellent performer, one of the most open across the partnership.”

He lauded Nigeria for opening up its budget processes, contracts, procurement, and the extractive sector.

He advocated more reforms in disclosure of audit, establishing an E-procurement platform, and institutionalization of OGP, among others.

Pradhan described Nigeria as a country “with open hearts, open arms of friendship and partnership. 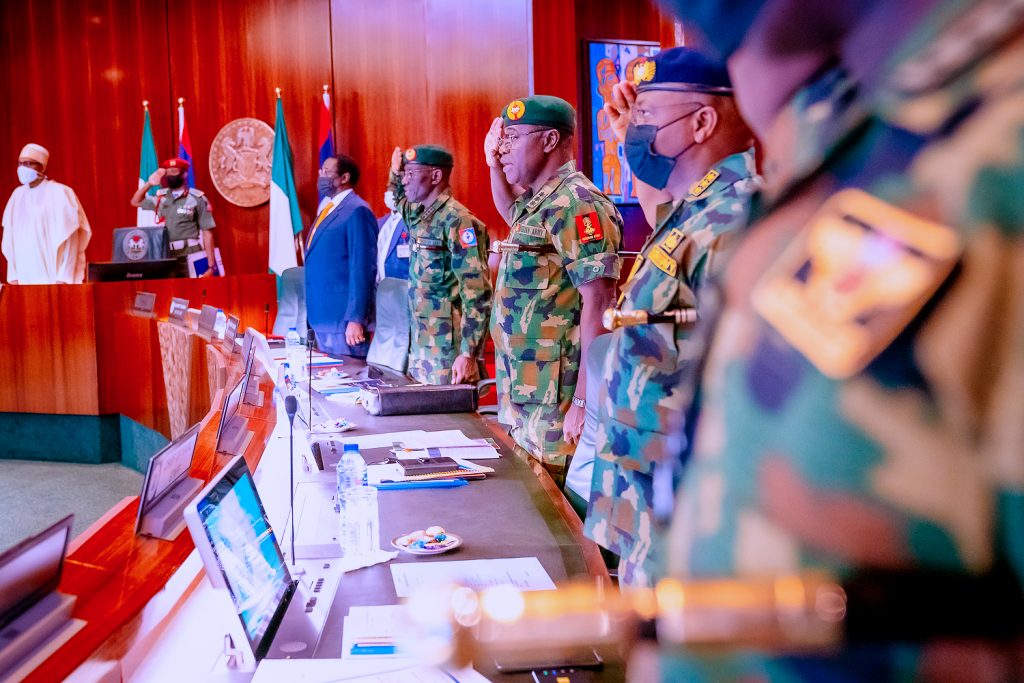 Next Post President Buhari: We Will Ease the Difficult Conditions Under Which Judges Work