PAGMI: A Factsheet on Gold Mining Licensing and Revenues in Nigeria

1. Do the same principles apply to Oil and Gas and Solid Minerals?

The basic principles that apply to oil and gas similarly apply to solid minerals:

b. All revenues accruing go into the Federation Account, which belongs to the three tiers of Government.

c. Derivation Principle of 13 percent, which means that 13% of revenues accruing to the Federation Account from any natural resources goes to the States where the resources are mined.

2. What is the difference in both sectors as it relates to Government participation?

The difference between the two is that while there is significant Federal Government participation in oil and gas (through the NNPC), participation in solid minerals is private sector-led. Previously the Government of Nigeria had a commanding role in the local mining industry through the Nigerian Mining Corporation, Nigerian Coal Corporation, and Consolidated Tin Mines. These entities have since been privatized. The role of the Federal Government in mining is now majorly focused on policy direction, special interventions, and the provision of an enabling environment. PAGMI is only one of such interventions by the current administration aimed at developing the mining sector.

3. How are mining licenses issued, and is PAGMI transferring the rights of the Federal Government to the States?

Under the Nigeria Minerals and Mining Act, the administration of mineral rights lies solely with the Federal Government. The Federal Government, not States, issue solid Minerals Mining licenses. The Mining Cadastre Office (MCO) is the Agency that issues these licenses and is the equivalent of the Department of Petroleum Resources (DPR) in the oil and gas sector. MCO has sole responsibility for the administration of the of Mineral titles and the maintenance of the cadastral registers. Mining licenses or leases are issued on a first-come, first-serve basis to body corporates and cooperatives that have fulfilled all relevant requirements, so there is no discrimination. Licensed players in the solid minerals sector contribute revenue in various forms to the Federation Account: Royalties, Permits, Penalties, Taxes (VAT, CIT/WHT, CGT, EDT). The law is very clear on the exclusivity of Solid Minerals, and there is no transfer of rights or powers under PAGMI.

4. Are Artisanal and Small-Scale Miners the same as Illegal Miners?

Artisanal and Small Scale Mining is not a synonym for illegal mining. Artisanal Miners are different from Illegal Miners. The laws of the land recognize Artisanal and Small-Scale Mining, and they work with holders of valid mining Licenses/Titles, host communities, and authorized buyers of solid minerals, known as Mineral Buying Centers (MBCs). Artisanal mining is prevalent because of The Ministry of Mines and Steel Department has a Technical Department dedicated to Artisanal and Small-Scale Mining, and the Nigeria Minerals and Mining Act clearly articulates how the Government can support performing mining cooperatives of small scale and artisanal miners to mine safely, meet market demands and optimize profit.

5. What is illegal mining, and how is Government tackling it?

Illegal mining is mining that is done without licensing; this implies conducting mining activity without license/permits or using inappropriate permits. The equivalent of this is the bush refining of crude oil that goes on in the Niger Delta, using crude stolen from pipelines. Both illegal mining of solid minerals and illegal refining of crude oil are criminal acts that are liable to prosecution by the Government. Just as law enforcement agencies arrest illegal refiners and destroy their illegal refineries, they also clamp down on illegal miners of solid minerals. The Federal Government has approved the establishment of a Mines Police Division in addition to a Special Mines Surveillance Taskforce under the Ministry of Mines and Steel Development to tackle illegal mining and insecurity at mines sites. Any operator without a license from the Ministry is deemed to be carrying out illegal mining, and such person or entity will be arrested and tried in a Federal High Court.

6. How are Government revenues from solid minerals accounted for?

Royalties from solid minerals are shared by all three tiers of Government, just like with royalties earned from oil and gas. Producing States earn additional revenue from royalties, permits, penalties, and fees on the principle of derivation, amounting to the same 13 percent applied to oil and gas. In 2019, the sum of NGN5.0 billion was shared by the three tiers of Government, while NGN0.65 billion, being 13 percent of the total, was shared among mineral producing States – which happens to be all 36 States and the FCT. NEITI calculated that from 2007-2018, total financial flows (Royalties, Permits, Fees, Penalties, CIT, EDT, VAT & WHT) to the Federation Account from the sector amounted to NGN416.3 billion. In 2018 alone, NGN69.4 billion was received by the Government from the sector.

7. Where is the Nigerian Gold Belt?

Nigeria’s Gold Belt stretches across several parts of the North West and South West, as well as several smaller occurrences outside of these two regions. A total of 315 Gold Mineral Titles were issued by the Federal Government in 2018, across 17 States.

8. Is the PAGMI model unique to Nigeria?

The PAGMI model is not unique to Nigeria; it is being practiced in several other mineral producing countries with large artisanal gold mining activity, like Ghana, Tanzania, Philippines, Zimbabwe, Ethiopia, Mongolia and so on.  The PAGMI model is part of efforts broadly in Africa to regulate artisanal mining, which can result in illegal operations, security breaches, and loss of life. Like Nigeria, Zambia recently launched its own National Gold Purchase Program from Artisanal and Small-Scale Miners.

9. How will PAGMI ensure compliance with relevant laws?

10. What is the involvement of States under PAGMI?

States’ Involvement in PAGMI is not about ownership or control of resources, but instead about providing support to the Programme: enumeration and biometric registration of Artisanal and Small-Scale Miners, community agreements, providing enabling environment, etc. Some States are also partnering with the private sector to set up Special Purpose Vehicles (SPVs) to provide funding to support licensed Mineral Buying Centres and artisanal and small-scale miners. 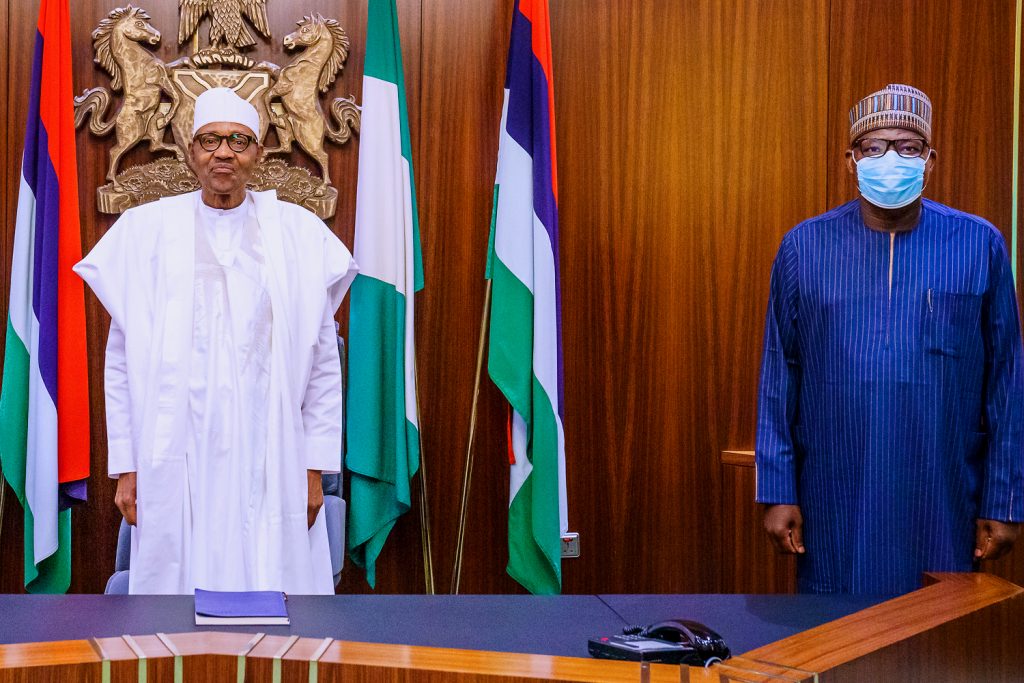