President Muhammadu Buhari and State Governors Tuesday ended their meeting on the state of the nation’s security with calls for a joint strategy to bring various conflicts to an end within time limits, while field commanders would take measures to protect civilian communities as a confidence-building mechanism between the military and those communities.

It is hoped that when the trust that has been lost between both parties is re-established, there would be improved cooperation in intelligence-gathering and sharing.

The meeting also agreed that poverty and youth unemployment are at the root of the nationwide security challenges, and needed to be addressed with greater vigour by all tiers of government.

The three-hour meeting coordinated by President Buhari, and attended by the Vice-President, Prof. Yemi Osinbajo, heads of defence, security and intelligence agencies, and members of the Security Committee of the Nigerian Governors’ Forum represented by one governor from each of the six geo-political zones (in a Virtual Format), focused on the country’s security policies and approaches in tackling the internal security challenges with a charge that intelligence-gathering and sharing must be optimised for the nation to secure itself.

The President used the opportunity to dispel commonly held assumptions that the terrorists in the Northeast had far more weapons and money than the government, stressing that what is left of them are “mere scavengers desperate for food, raiding shops and markets, and killing innocent persons in the process.”

He also expressed concern that in spite of the fact that borders with neighbouring countries had been shut, bandits and terrorists continued to have access to small weapons.

“These terrorists are in the localities. How is it that they are not short of small arms?” he queried the security and intelligence chiefs.

According to President Buhari, “We have said enough on the need for them to rejig their operations. I am glad that there is better synergy and cooperation which are very important. I have directed the Service Chiefs to meet among themselves in-between the National Security Council meetings. The services have resources; yes, they need more, and mobility, and are doing their best, but there is a need for better gathering and interpretation of intelligence. Our intelligence-gathering must be improved.”

The President informed the Governors of the imminent shipment of military weapons and aircraft from Jordan, China and the United States, but again asked for patience on the part of the public because the new weapons and aircraft must be manned by trained fighters and pilots who must first receive appropriate training.

President Buhari also expressed satisfaction with the level of support from neighbouring countries in the war against terrorism.

“They are cooperating with us. On Boko Haram, we are making progress with Benin, Niger, Chad and Cameroon,” he said, while restating that intelligence-gathering must improve to be able to track small arms in the Northwest, North Central and Northeast States.

The President also expressed satisfaction with the level of Naval activity in the Gulf of Guinea, using newly-acquired equipment, but demanded that hard-to-reach areas of Lake Chad where Boko Haram terrorists have found new havens, as well as the forests now inhabited by bandits, must be accessed and rid of nefarious elements.

“The Chief of Defence Staff has spoken about their study of the forests and their potential danger to security. We must make sure we follow the bandits and terrorists, but there must not be deforestation in view of the climate situation,” said President Buhari.

In their submissions anchored by their Chairman, Governor Kayode Fayemi of Ekiti State, and Governor Babagana Zulum of Borno State, the Governors highlighted the problems of poverty, unemployment, trust deficit between the military and civilian populations and the inflow of small arms into the country.

The Governors also pointed to the problem of coordination among military and security chiefs and played up their own security roles which included USD1 billion they allowed the President to withdraw from the Excess Crude Account for weapons procurement two years ago. They, therefore, urged the President to consider a “bail out” for security for the States in view of the enormity of the resources they now expend in support of the military and the police. 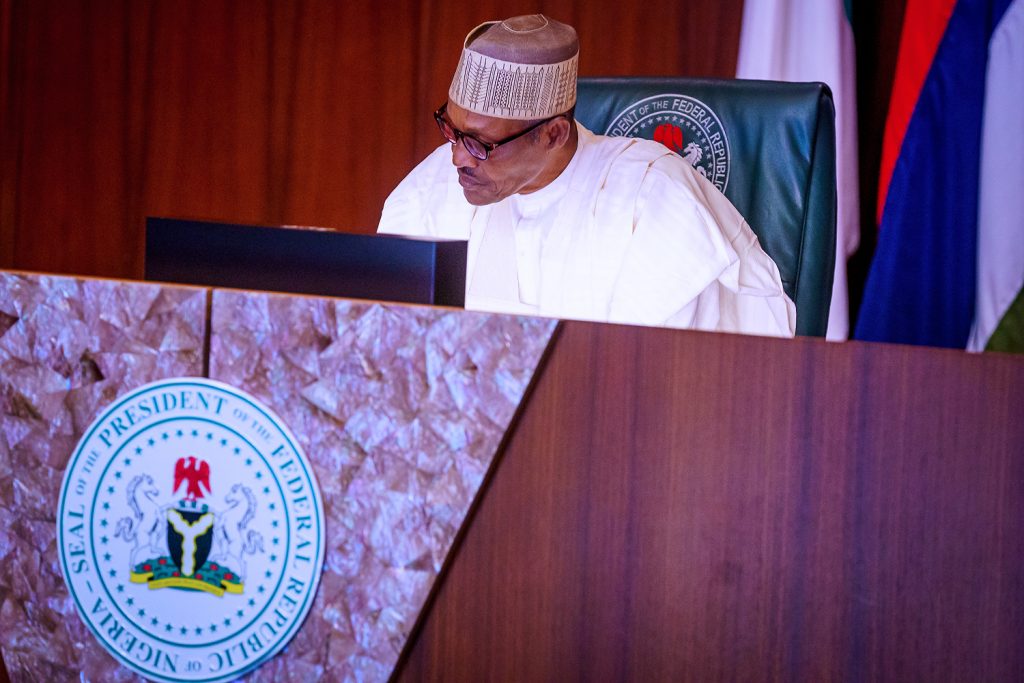 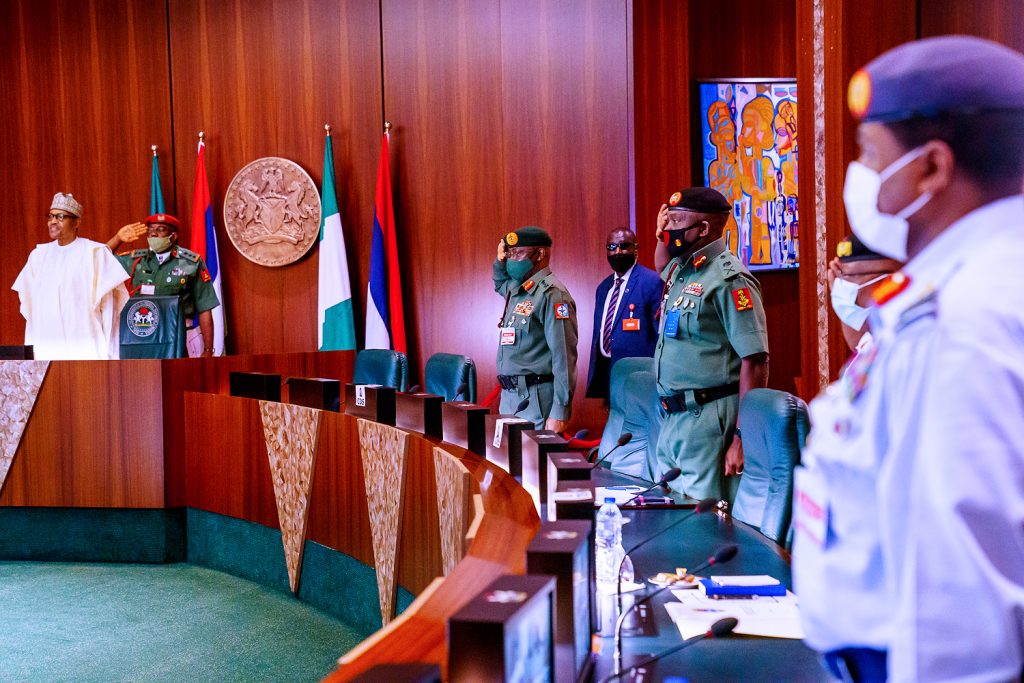