President Muhammadu Buhari Tuesday pledged to bequeath ”a citizens-led policing system” to the nation, declaring that his administration has demonstrated firm commitment towards changing the principle and strategy of policing in Nigeria.

The President addressed the passing out parade of 418 officers of the 3rd Regular Cadet Course at the Nigeria Police Academy, Wudil-Kano, where he further explained his directive to the National Salaries, Incomes and Wages Commission on the upward review of police emoluments.

In his speech delivered by the Minister of Police Affairs, Maigari Dingyadi, the President said a citizens-led policing system informed the approval for the adoption of Community Policing as the Internal Security Strategy of the country, as well as the approval of funds to support the implementation process.

On the revised salary and allowances for the Nigeria Police, the President said it will be commensurate with the vital functions they are performing as the lead agency in internal security assets.

The President noted that the police reform initiative, embarked upon by his administration, had focused on improving the welfare of the force, recruitment of 10,000 junior police officers annually, investing in the upgrade of facilities at the Nigeria Police Academy and other Police training institutions in the country, among others.

”Furthermore, as part of our Police reform initiatives, the Police Public Complaint Committee, which is domiciled in the Ministry of Police Affairs has been resuscitated with the mandate to receive complaints from the general public on cases of abuse and maltreatment by Police Officers.  The PPCC has a membership made up of officials from relevant MDAs and Security agencies.

”A Public Private Partnership arrangement undertaken by the Ministry of Police Affairs to rejuvenate the National Public Security Communication System Network has been approved by the Federal Executive Council.

”This is with a view to ensuring that when fully reactivated the Police and other Security Agencies will be able to fully utilize this vital facility,” he said.

The President’s address at the occasion highlighted ”well thought-out reform programmes” by his administration to modernise and reposition the Nigeria Police to meet the aspirations of the citizens, as well as to manage current and evolving threats in the most efficient and professional manner.

”We re-established the Ministry of Police Affairs out of the former Ministry of Interior in 2019. This is with the intention to drive the Police Reform process by initiating, formulating, and implementing policies and programmes relating to Policing and Internal Security.

”This initiative was also intended to provide supervision and Administrative support to the Force, particularly, in the area of training and capacity development as well as the enhancement of the budgetary profile of the Nigeria Police.

”In order to address the funding challenges of the Force, I also assented to the Nigeria Police Trust Fund Bill on 24th June, 2019 and followed up with the inauguration of the Board of Trustees to ensure immediate take off of the Fund.

”I am being constantly briefed by the Honourable Minister of Police Affairs on the activities of the Trust Fund and I am delighted to note that already, critical operational items including purpose-built operational vehicles and other policing assets are currently being delivered through the intervention of the Trust Fund.

”I am confident that with the sustained intervention of the Trust Fund, the operational efficiency and human capacity development goals of the Nigeria Police will be attained on a sustainable basis and by extension, our internal security order will be enhanced in due course,” he said.

Furthermore, the President recounted that on 15th September, 2020, he assented to the Nigeria Police Bill which had been under legislative actions since 2014.

”The Act replaces the repealed Nigeria Police Act that had been in existence for over 77 years, and which had become an archaic legal instrument and a fundamental clog in the wheels of modern policing.

”The new Nigeria Police Act contains fundamental provisions which are positively altering the policing narrative in Nigeria as it has given legal backing to the principle of community policing and addressed vital issues that have historically been inhibiting seamless police administration.

”With the Nigeria Police Act, 2020, the nation has been given a unique legal instrument that will modernize police operations and position the Nigeria Police towards the attainment of its 21st Century Policing Mandate,’’ he said.

In light of the several reforms, the President charged the young officers that the task of advancing major police responsibilities will in due course fall on their shoulders, saying:

”The Federal Government and the citizens of this nation demand of you the assurances that in this task of national service, you shall not let yourselves, families, the Nigeria Police Force and the nation down.”

The President also urged the newly commissioned 418 Cadet Officers, who are now Assistant Superintendents of Police, to be guided by the fact that their conduct on the field will be constantly scrutinized and they would be held personally accountable for their actions.

”You should remain good ambassadors of the Nigeria Police and demonstrate respect to civil society in discharging your duties, while also maintaining zero tolerance for corruption.

”To the Commandant and other staff of the Academy, I commend you for your dedication to duty which has ensured the proper indoctrination of these young officers as well as occasioned today’s successful Passing Out Parade.

”I assure you of the continuous support of this administration for the Academy towards attaining the object of its establishment.

”In this regard, the Minister of Police Affairs is directed to liaise with the Inspector General of Police and the Commandant of the Academy in identifying critical challenges of the Police Academy and submit a comprehensive proposal that will aid the Federal Government in addressing them,” he said.

In congratulating the Cadets, the President described the passing-out-parade as further testimony to his administration’s commitment towards bridging the crucial manpower gap which has been inhibiting optimal performance of the Nigeria Police.

”It is also in furtherance to the Federal Government’s policy of evolving new young officers who will stimulate change in policing in Nigeria and act as the face of the new police that we envision and desire in this country,” he said.

In his remarks, the Commandant of the Academy, Lawal Tanko Jimeta, said the passing out ceremony was the third edition since the Academy was upgraded into a university, adding that no fewer than 1000 well trained officers have graduated from the institution.

Thanking the President for the unflinching support to the Academy, the Police Commissioner said within two years, 15 degree programmes  have been successfully accredited by the National Universities Commission.

”We have also taken possession of five iconic projects executed by the Central Bank of Nigeria, including a modern postgraduate hostel, an auditorium, a forensic laboratory, an indoor shooting range and a fully equipped state-of-the-art ICT complex,” he said, among other achievements of the Academy. 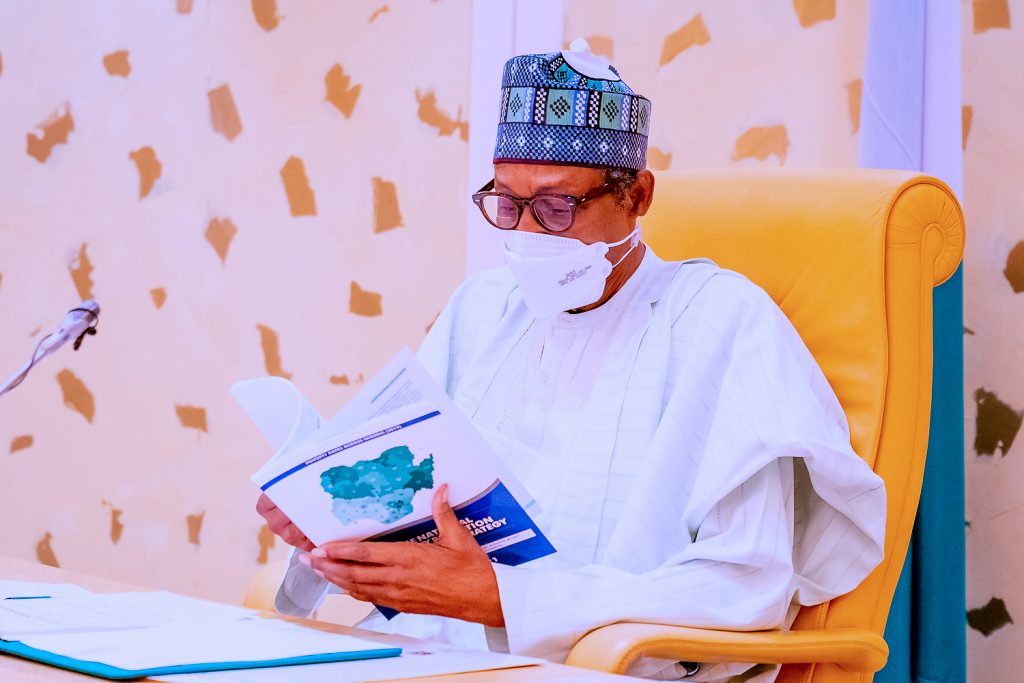