Nigeria, like every other country around the world, is dealing with the unexpected and unprecedented impact of the Covid-19 pandemic. The Muhammadu Buhari administration has taken some steps to mitigate the effects on the Nigerian people.

To prevent the spread of cases imported into Nigeria, the President has already ordered the restrictions of travel from 13 countries, each with more than 1,000 confirmed cases of Covid-19. Government has also suspended visas issued to nationals of these countries. The restriction will take effect from March 21 and will remain until further notice. While Nigeria delights in welcoming the world, the safety and protection of our citizens and land must take priority.

The various agencies of government including Media owned by the government have embarked on vigorous campaigns promoting hygiene measures. There are, currently, very stringent regimes of checks at the points of air and sea entry into the country. The effort Nigeria is making as is well known, has already received the commendation of the World Health Organisation (WHO).

The Presidency wishes to assure Nigerians that government is on top of the situation. There is no cause for panic. So far measures put in place are working efficiently. What this country is doing has been recommended as a template.

The President trusts the relevant Ministers in his cabinet and the officials of the National Centre for Disease Control (NCDC), who are providing him with constant updates and professional counsel. These officials have a track record of competence.

The President instructed the Nigerian National Petroleum Corporation (NNPC) to reduce the pump price of fuel. The Covid-19 pandemic has led to a crash in the global price of crude oil, and the President decided that every Nigerian should benefit from this. Subsequently, the NNPC announced a 20 naira deduction, and the pump price of fuel has now been reduced from 145 naira per litre to 125 naira per litre.

The Central Bank of Nigeria (CBN) on Monday announced a credit relief of N1.1Trillion Naira to businesses affected by the pandemic. The Bank has also established a facility for household, small and medium enterprises (SMEs) and announced a reduction of interest rates for loans from 9% to 5%.

We do not want to create panic. But we will continue to update the Nigerian public with relevant information. We plead with every Nigerian to cooperate with the government in the fight against Covid-19 and obey all instructions from the NCDC. We have a high level Presidential Coordination Committee chaired by the Secretary to the Government of the Federation (SGF). This body should be allowed to carry out its duties.

We also plead with Nigerians not to see this most peculiar of times as one to be politicised or seen as an opportunity to regurgitate grudges against the government or the ruling All Progressives Congress (APC). North, South, East, and West – all Nigerians must unite to fight this plague, irrespective of religious or ideological affiliation.

In this regard, populist advocacies such as the one accusing the President of “complacency” simply because he has not made a television address by ranking members of our respected parliament are cheap and sensational. These are not the times for populism and cheap politics.

President Buhari thanks all those at the forefront of the fight against the deadly disease. 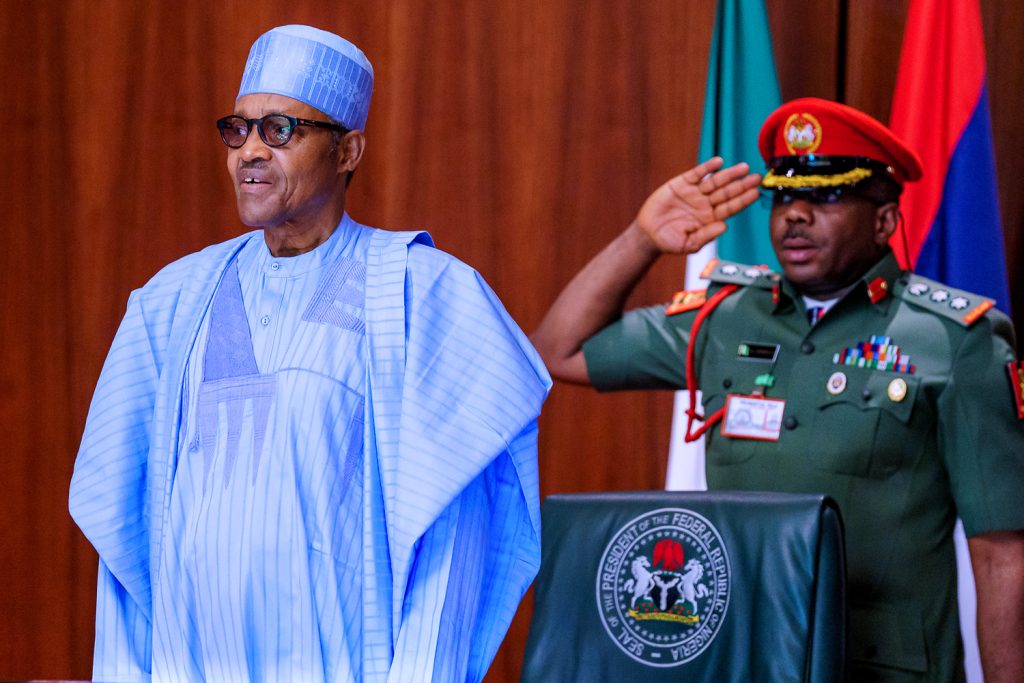 Next Post Confronting COVID-19 Pandemic is an All Nigeria Effort, Vice President Osinbjo Says at the Young Innovators' Google Hangout