Detailing some of the ongoing and completed Federal Government projects in the Southeast, Vice President Yemi Osinbajo, SAN, affirms that the Buhari administration considers the zone a strategic industrial, trade hub, and a major player in Nigeria’s economic growth.

The consideration and the projects would also help in lifting people out of poverty.

Prof. Osinbajo stated this earlier today at the inauguration of two completed projects in Anambra State: the MSMEs Shared Facility at the Ogbunike Leather Trading Cluster, and the Awka 120MVA 132/33kV Sub-Station.

The VP observed that the Second Niger Bridge Project which connects Asaba in Delta State and Onitsha in Anambra State has now achieved 65% completion and will be completed by October 2022.

Besides, he noted that the concession of the Onitsha Inland River Port is in its final stages, while both the draft Concession Agreement and the Full Business Case (FBC) have been transmitted to the Infrastructure Concession Regulatory Commission (ICRC) for necessary action.

According to the Vice President, “let me also assure you of this administration’s commitment to seeing through the major infrastructural projects that will have a transformative impact on this zone. The Second Niger Bridge Project which connects Asaba in Delta State and Onitsha in Anambra State has now achieved 65% completion.

“By the time it is completed in October 2022, the Project will offer significant socio-economic benefits for the contiguous States and indeed the entire nation by easing traffic flow, improving road safety, and creating greater opportunities for residents and neighbouring States, thereby regenerating economic life.”

Continuing, the VP noted that the concession of the Onitsha Inland River Port is in its final stages, adding that once the Port becomes operational, it will effectively decongest the Apapa ports and ultimately translate into a reduction in the cost of imported goods.

“The cumulative effects of all these measures is to open up the Southeast and our resolve to pursue these projects to their completion is an indication that the administration sees the zone as a strategic industrial and trade hub. They also demonstrate our conviction that Anambra State and the Southeast at large, have a huge role to play in our drive to foster economic growth and lift our people out of poverty. The commissioning of this facility here today is a milestone in our nation’s economic adventure,” he says.

On the Ogbunike Shared Facility project, the Vice President said the initiative would transform businesses within and around the cluster, hugely increasing their production capacity.

“I am told this leather cluster has about 2000 stores with almost 30,000 MSMEs operating here. So, I have no doubt that this facility will be of immediate value to all of them. When asked, some of MSMEs operating here said they are able to produce 200 to 400 shoes a month, using manual processes. With this facility, the MSMEs located here would now have a potential monthly production of 96,000 shoe soles, 44,000 slippers, 44,000 shoes and 22,000 boots.

“This project will also help provide relative succour to MSMEs by also housing a One-Stop Office for MSMEs. This arrangement brings all relevant regulatory agencies under one roof to enable MSMEs requiring services or facing difficulties to access them with ease.”

On the Awka Power Station, the VP said “the commitment of the Buhari administration to ensuring the completion of this Awka NIPP 132kV Grid Substation now provides a hitherto unavailable 70MW additional power capacity for driving industrial growth and boosting the economy of the State, with positive knock-on effects on employment and socio-economic upliftment for residents of the State.”

Prof. Osinbajo explained that beyond commerce, the power project “is also connected to the new ultra-modern airport at Umueri,” noting that “we are looking here at a substantial addition not just to power capacity, but more importantly at the capacity of the residents of this State, and businesses in this State to be more effective.”

While thanking the Vice President, Governor Willie Obiano, acknowledged the support the State has received from the Federal Government across different sectors including MSMEs, infrastructure projects, among many others.

He noted that thousands of small businesses have benefitted from schemes implemented by the Federal Government including direct disbursements to businesses in the State.

Speaking earlier, a representative of the Shoe Manufacturers Association of Anambra State, Chief Clement Okemefuna Emesim, expressed appreciation to the Federal Government for fulfilling a promise made in 2018, while appealing to governments to patronise the products from the leather hub in the State. 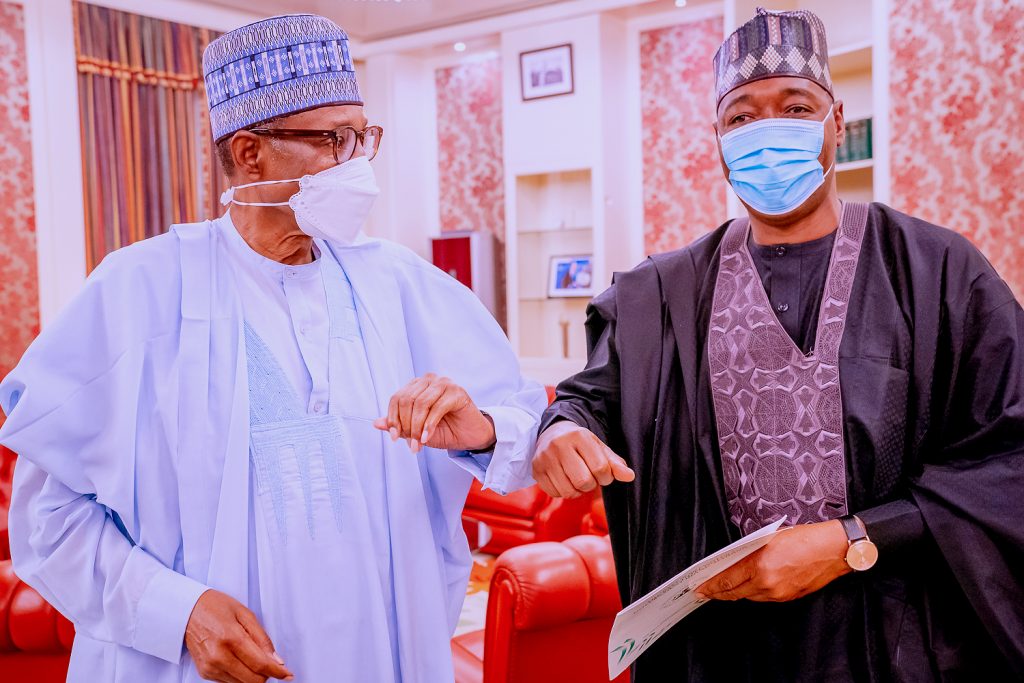 Next Post Attack on NDA Won't Dampen Resolve of our Military to Bring Decisive End to Criminality, President Buhari Vows