Six Attorneys-General from the South-West States visited Vice President Yemi Osinbajo, SAN on Tuesday at the Presidential Villa, briefing him on the progress of justice reforms in their various States, many of which they said were inspired by the successes recorded during his stint as Lagos State Attorney-General.

The Vice President who expressed delight at the visit commended the Attorneys-General for the “great work” that has been done in the States, observing the wide range of areas being covered by the Justice Sector Reforms.

The Attorneys-General in separate remarks during the courtesy call praised the VP’s efforts as Lagos State Attorney- General, attributing some of the gains recorded in their States to his innovative ideas.

They detailed different initiatives being implemented in their States centering around reforms on the administration of the justice system such as alternative dispute resolution, access to justice, capacity building for judicial officers, digitization, and general infrastructure upgrade.

The presentations also included social protection objectives and improving the legal framework for enhancing the business environment in the States.

In his response, Prof. Osinbajo urged the States’ chief law officers to leverage their network and individual positions to effect the desired changes in the justice sector.

Commending their efforts, the VP noted that “just looking at the sheer range of the things that have been done, I really must commend you for a very great work.”

“I think there is need for us (especially at the state level), to ensure that prosecutions move quickly. It is important that we devote some time to how we can improve the pace of cases in our courts,” Prof. Osinbajo added.

Referring specifically to ongoing reform efforts in Lagos and other states, Lagos State Attorney General, Mr Onigbanjo, SAN said “Your Excellency, you laid a solid foundation upon which we are building on today. The reforms initiated by you as AG have been the basis for what we are doing and have done in Lagos.”

In the same vein, the Oyo State AG, Prof. Oyewo noted that “we are proud of your achievements and contributions to the development of the judiciary and this great country.”

On his part, the leader of the delegation and Justice Commissioner of Ekiti State, Mr Fapohunda said the reform process in the States including in Ekiti is focused on law reform, institutional reform, and general reviews in areas that have a direct impact on the administration of justice system.

“I align myself to what has been said, we are proud of what you did as AG in Lagos, some of the things being done today are based on your foundational works,” he concluded. 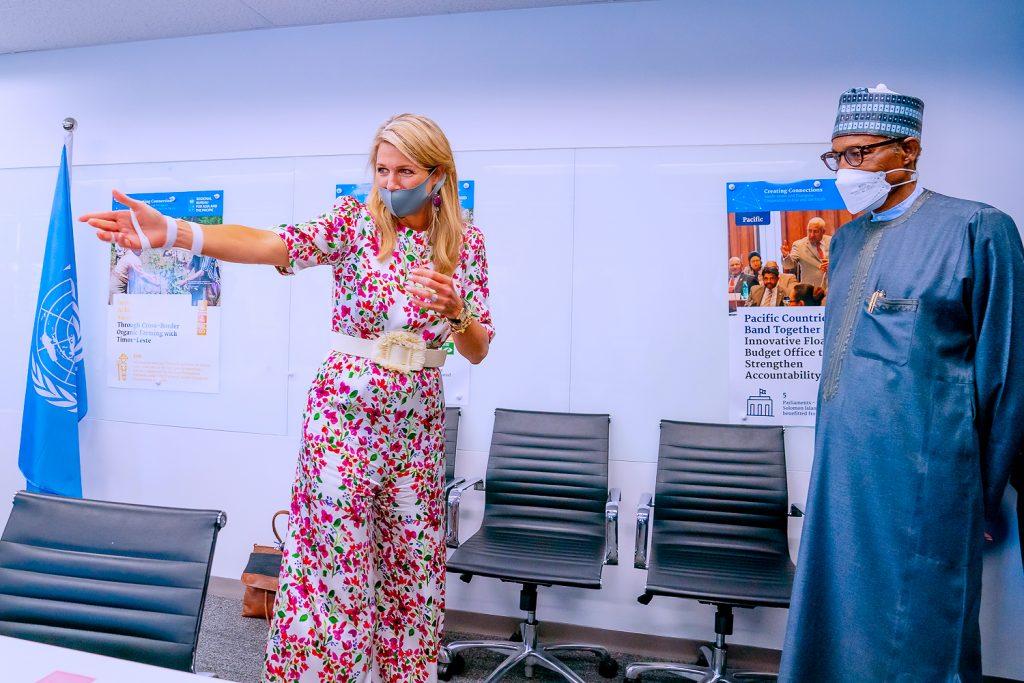