Why we are Patronizing Job Creation, By Osinbajo

Determined to create more opportunities for Nigerians and close the unemployment gap in the country, the Buhari administration has over the years, prioritized employment generation by integrating job creation in all its major policies, projects and programmes, according to Vice President Yemi Osinbajo, SAN.

Prof. Osinbajo disclosed this on Monday at the formal presentation of the Research Report of Course 29 of the National Defence College, titled “Creating Jobs & Opportunities for Africa’s Largest Youth Population”, at the Presidential Villa.

According to him, “If you recall, when the President was speaking concerning the budget in 2019, he mentioned that one of the critical things to do, concerning every Minister, is that, with every policy, we must state how many jobs to create.

“So, the key question that we ask regarding any government policy is how many jobs will this bring about, how many jobs it will create. And aside from that, there have also been several engagements with different policy bodies and ideas concerning job creation.”

Continuing, the VP said, “the whole idea of creating jobs and opportunities especially in an economy this size, is that government’s involvement must be in creating the enabling environment.”

Speaking on some of the programmes specifically designed to create jobs, Prof. Osinbajo noted that “you are probably aware of the current effort of the Presidential Economic Advisory Council which was launched recently – the National Poverty Reduction with Growth Strategy, which I have the privilege of chairing its Steering Committee.  This is another of the very broad plans of creating opportunities and more jobs.”

The VP noted that “there are also other several job initiatives. The Economic Sustainability Plan (ESP) is a major plan of job creation, as a matter of fact, the major focus of our ESP is job creation – sustaining existing jobs and then being able to create other jobs.”

“The Food for Jobs programme which is an agricultural programme is a major initiative that has led to the identification of 5 million farmers, and these farmers are geo-tagged to their farmlands which is the first time that this has been done in the history of the country.

“They now have BVN numbers so that loans can be given to them and farm inputs as well. So, the Food for Jobs Programme is a major agricultural plan” Prof. Osinbajo added.

The Vice President also spoke about the social housing and solar connections being components of the ESP which have been prioritized by the Buhari administration to create jobs directly and indirectly for thousands of Nigerians, especially youths across the country.

Commending the management of the College, the VP said the NDC research initiative has been “extremely useful in agitating the ideas, thoughts and policies that could influence the direction of government.”

His words: “I really want to commend the resourceful and insightful work that has been done especially with this issue of job creation, as you can imagine, this is obviously one of the critical problems that we have as an economy and a nation.”

Earlier in his remarks, the Commandant of the National Defence College, Rear Admiral Oladele Daji, said the presentation of the research report was in response to the request by the Vice President to look into job creation scenarios and strategy.

He noted that Course 29 of the College which comprised 96 participants across services within and outside the country, was presenting the report in fulfillment of the Higher Defence Management and Strategic Research.

The research report was presented on behalf of the Course 29 participants by Navy Capt TS Ngada.  In 2019, the Vice President received a report from Course 27 on “Water Resource Management and Regional Security: Lake Chad in perspective”, and in 2020, Course 28 participants made a virtual presentation to the VP on “Border Management & National Development”.

In another development, Prof. Osinbajo has commended the completion of the demutualization of the stock exchange, noting that “it is a welcome development and fantastic that the process is now complete.”

The Vice President stated this when he received, on a courtesy visit to the Presidential Villa, the management of the Nigerian Exchange Limited led by its Chief Executive Officer, Mr Temi Popoola. The delegation made a presentation on the post-demutualization activities of the Nigerian Exchange Group to the VP, who urged the management of the company to explore areas of growing the stock market by venturing into emerging frontiers.

He assured the management of government’s support by way of policy to enable the company and the stock market reach greater heights.

Earlier in his presentation, the CEO of the Nigerian Exchange Ltd, Mr Popoola said the organisation has been repositioned for profit and to align to the tastes and preferences of the market.

He said under the new arrangement, the market will be opened up for more companies to be listed, resulting in more revenues for government as listed companies pay more taxes and are more responsible to the environment they operate in.

He appealed to the Federal Government to support the rejuvenation of the stock exchange, assuring of better times ahead both for the public and corporate. 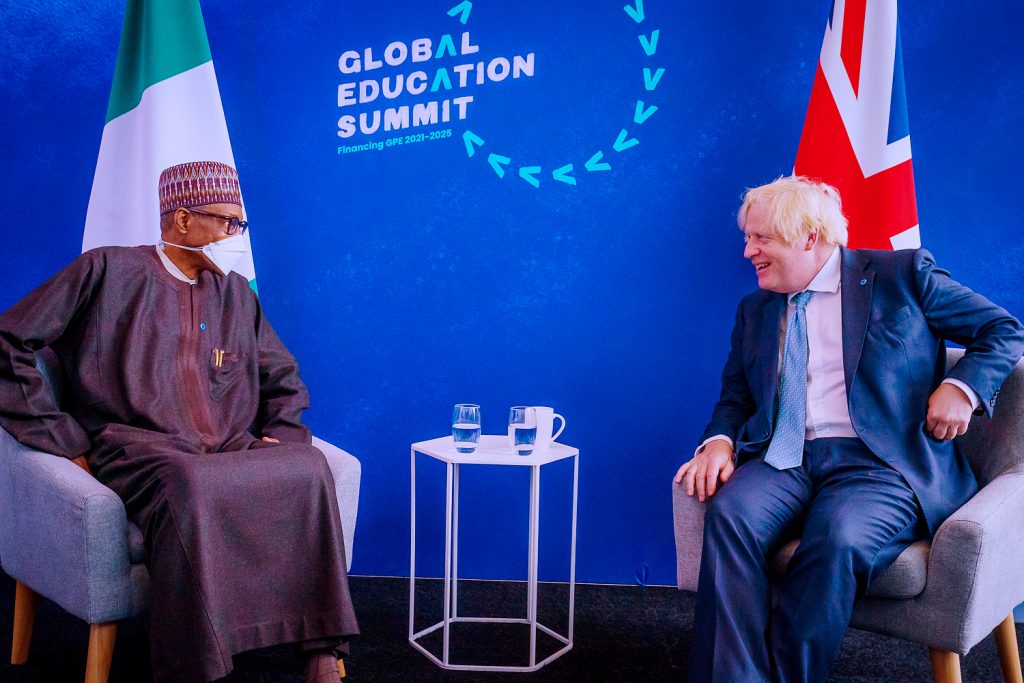