Why we Must Deal With Small Arms Proliferation Now – Osinbajo

A clear cut set of strategies to curb and curtail the proliferation of small and light weapons would be developed soon, according to Vice President Yemi Osinbajo, SAN. Prof. Osinbajo hinted this at a meeting he held this morning with top security chiefs and members of the Presidential Committee on Small Arms and Light Weapons on the instruction of the President.

At the last National Security Council meeting, President Muhammadu Buhari had directed the Vice President to chair a committee to review the report of the Presidential Committee on Small Arms and Light Weapons (PRESCOM) constituted in April 2013 by the then Federal Government.

In line with that Presidential directive, Prof. Osinbajo on Monday chaired the inaugural meeting of the review committee, calling for the development of clear cut, specific line of action to address the serious problems of small arms and light weapons many of which fuel the insurgency in the Northeast and other security challenges in the country.

The Vice President noted that the seriousness of the matter had necessitated the setting up of the review committee said, “the problem we have at hand is really enormous”, adding that this is why the President is keen on effective and prompt solutions.  Members of the review committee present at the meeting include: the Attorney General of the Federation and Minister of Justice, Mr Abubakar Malami; the Ministers of Interior, Ogbeni Rauf Aregbesola; Foreign Affairs, Mr Geoffrey Onyeama; National Security Adviser, Maj. Gen. Babagana Monguno; the Inspector General of Police, Mr Mohammed Adamu; the Comptroller General of the Nigerian Customs Service, Col. Hameed Ali (rtd); Director General of the National Intelligence Agency, Ahmed Rufai Abubakar; the Chief of Defence Intelligence, Air Vice Marshal Mohammed Usman; and the Chairman of PRESCOM, Amb. Emmanuel Imohe.

Others include the representatives of the Director General of the Department of State Services (DSS) and the Ministry of Defence. 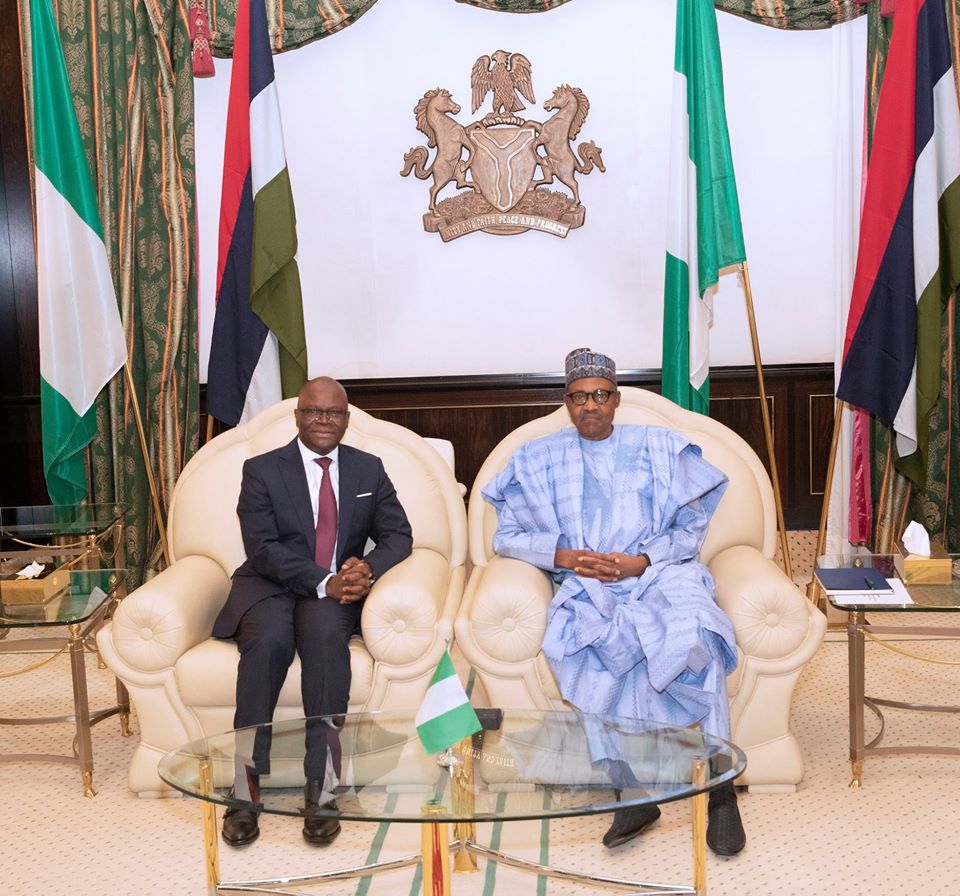