It is a special pleasure and privilege to be here to celebrate my egbon’s 70th birthday. I am pleased that an important part of the celebrations is this second annual Abiola Ajimobi round table. An annual conversation on issues of governance and development in Nigeria. This is as it should be.


At a book launch in honour of Baba Bisi Akande, I noted that a tradition of our political tendency is that of introspection or reflection. By our tendency, I refer to that established by Papa Obafemi Awolowo, which in spite of its various iterations and versions, we all agree to describe as progressive politics. The progressive tendency must be the thought leaders and the do leaders for our nation.

This particular conversation on “Managing the Dynamics of Nigeria’s Advancement” is an important one.
There are two issues I believe stand out: one is the environment for encouraging local and foreign investment and the second is eradicating poverty. We are behind in the race against poverty because there was no systematic and focused approach. So, this is why in 2014 into 2015, the APC decided as a matter of policy to write the social investment programmes into our party manifesto.

And we set it up as a first phase in our efforts to tackle poverty. It is a comprehensive programme and we have heard already from Minister of Interior, Ogbeni Rauf Aregbesola, it is a detailed programme. It is the first of its kind anywhere in Africa, it has been well scrutinized by the World Bank, a collaborator in the programmes, and several other independent agencies have scrutinized it.

Today, one of the programmes, the National Home-Grown School Feeding, accounts for feeding 9.5million children on a daily basis in 33 States of the Federation. With N-Power, we are employing 540,000 young people and many of them are in different local governments. I believe Oyo State has over 11,000 beneficiaries, and there are several aspects of the programmes. It is not perfect and there are issues here and there, but it is the first comprehensive approach to dealing with the issue of poverty in Nigeria.

It is important to bear in mind that India which used to have the largest number of poor people in the world, did exactly what we are doing now; a systematic and pragmatic approach to solving the problems of poverty. India increased it year by year and today, the country has taken a large majority of her people out of poverty although there are still large numbers in absolute terms.

We also expect that we would lower taxes as times go on because there is a need to create an environment for business to thrive. Of course, measures have been made already on enabling the business environment.
There is no part of the work of developing a nation that is easy, it is always going to be a difficult task. But this administration intends to remain focused, we have shown that a focused approach, step by step, fighting through the difficulties on a daily basis, will eventually get us to where we are going.

To my dear egbon, Senator Ajimobi, I must say that your sense of humour, youthfulness, and sheer energy, make it difficult to believe that you are actually 70, we thank God for the way He has enabled you to do so well in this State and for the unique and indelible landmarks you have laid. God has also enabled you to do a lot in governance, but also in guiding so many and ensuring that your fidelity to the party (APC), friends and associates, shows that it is possible to do politics with honour and integrity, and be a gentleman that you have always been.

We congratulate you on this day and I pray that all will be well with you, in the next ten years, you will be even stronger than now. When we come for the 80th and 90th birthday celebrations, you’d still be smiling as brightly as you are smiling today and looking well.

I also congratulate our dear aunty, Mrs. Florence Ajimobi, for taking such good care of you and it’s very obvious that but for her dexterity in taking care of you, you might not look this good.

Released by:
Laolu Akande
Senior Special Assistant to the President on Media and Publicity
Office of the Vice President
16th December 2019 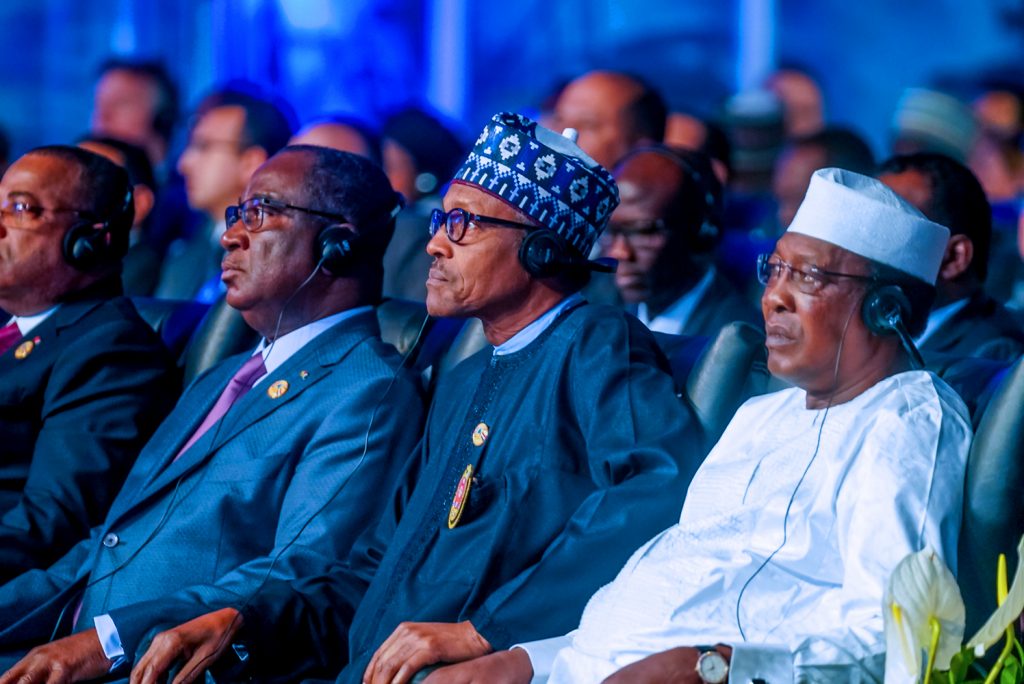 Next Post President Buhari at the Signing Into law of the 2020 Appropriation Bill.