President Muhammadu Buhari has expressed optimism that improvement in relations between Nigeria and South Africa will speed up the process of development on the African continent.
Speaking in concurrence with the Chairman of the African National Congress (ANC) and South Africa’s Minister of Mineral Resources and Energy, Gwede Mantashe, who came to the State House, Abuja on Friday as Special Envoy of his country, President Buhari cited his last trip to South Africa during which he and President Cyril Ramaphosa worked together in resolving the migrants’ crisis between two brotherly nations.
“There was this ‘small problem’ between our countries. I went there and we resolved it,” the Nigerian President told the envoy.
He directed the Minister of State, Petroleum Resources, Timipre Sylva to work with his South African counterpart on the requests he brought and report back to him for his action.
The South African minister, who presented a letter from President Ramaphosa, said the relationship between Nigeria and his country was key to the development aspirations of the continent.
While emphasising that the two nations need to work as partners, Mantashe said “this relationship will determine the future of Africa.” 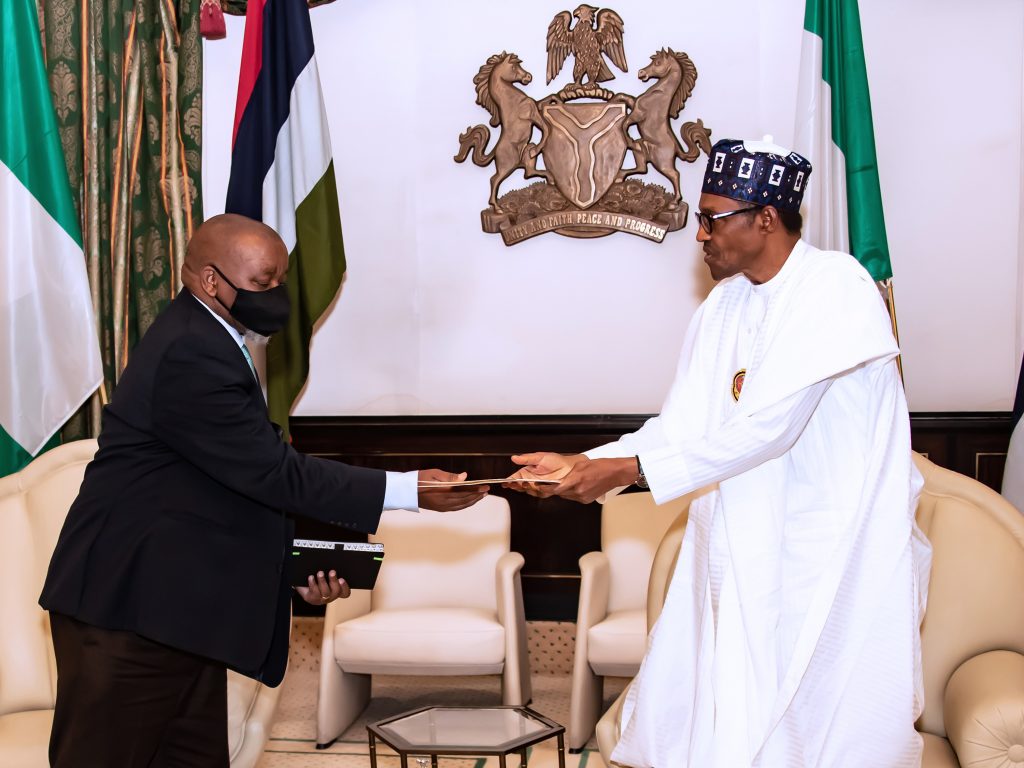