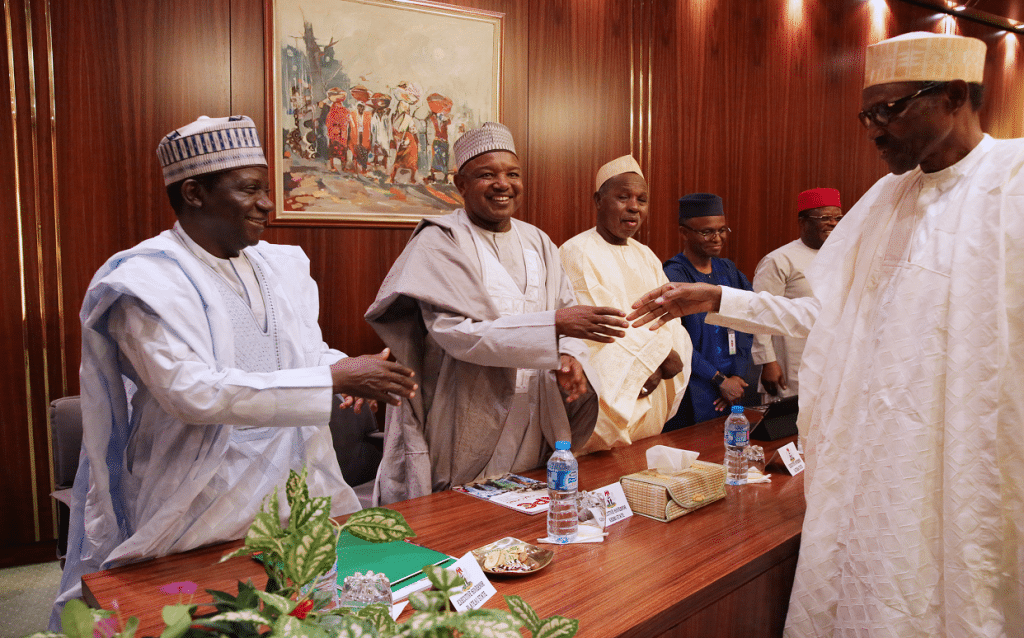 The Vice President has concluded his participation at the 3-day World Economic Forum in Davos, Switzerland.

The President presided over the security meeting which held today at the State House in Abuja.

Members of the meeting include the NSA, IGP, Intelligence Chiefs and Service Chiefs

He was given full details of the security situation in the country as well as all intelligence and law enforcement efforts carried out across the country.

President Buhari to depart to Ethiopia for AU Summit

The President will be departing to Ethiopia on January 26, 2018 for the 30th Ordinary Session of the Assembly of Heads of State and Government of the African Union.

The President met with some members of the Nigerian Governors’ Forum in Abuja.

The delegation was led by the Governor of Zamfara state, Abdulaziz Yari.

Next Post Press Statement: Response to Chief Olusegun Obasanjo's Letter By The Minister of Information and Culture, Alhaji Lai Mohammed on January 24, 2018