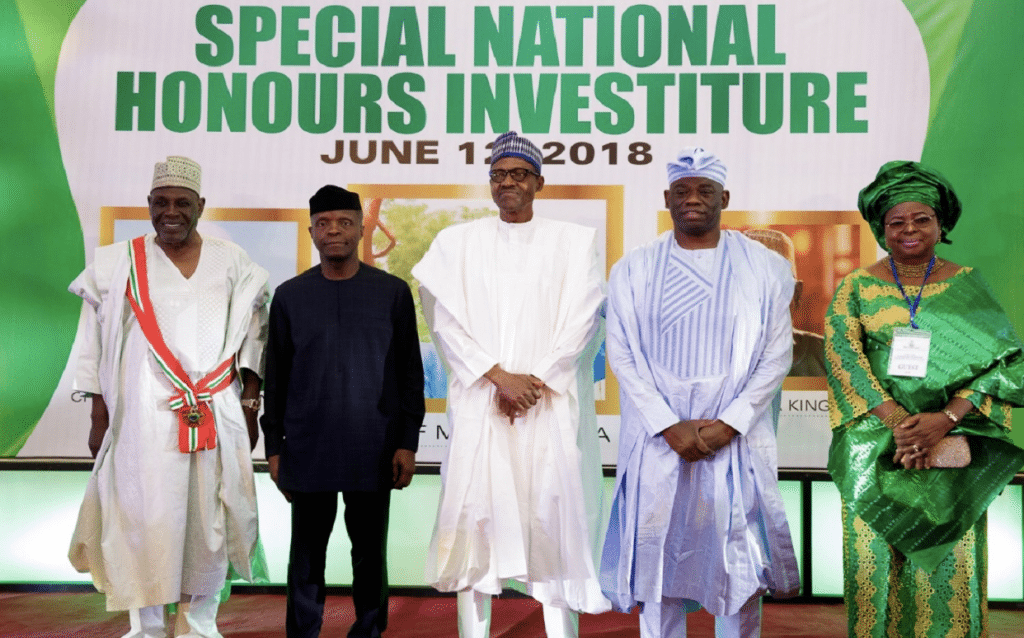 The President gave his remarks at the event, were he offered his sincere apologies on behalf of the former President, Ibrahim B. Babagida for annulling the June 12, 1993 presidential elections won by the late MKO Abiola.

Full text of his address is here

Previous Post President Buhari's Remarks at the Investiture Honouring the Heroes of June 12, 1993