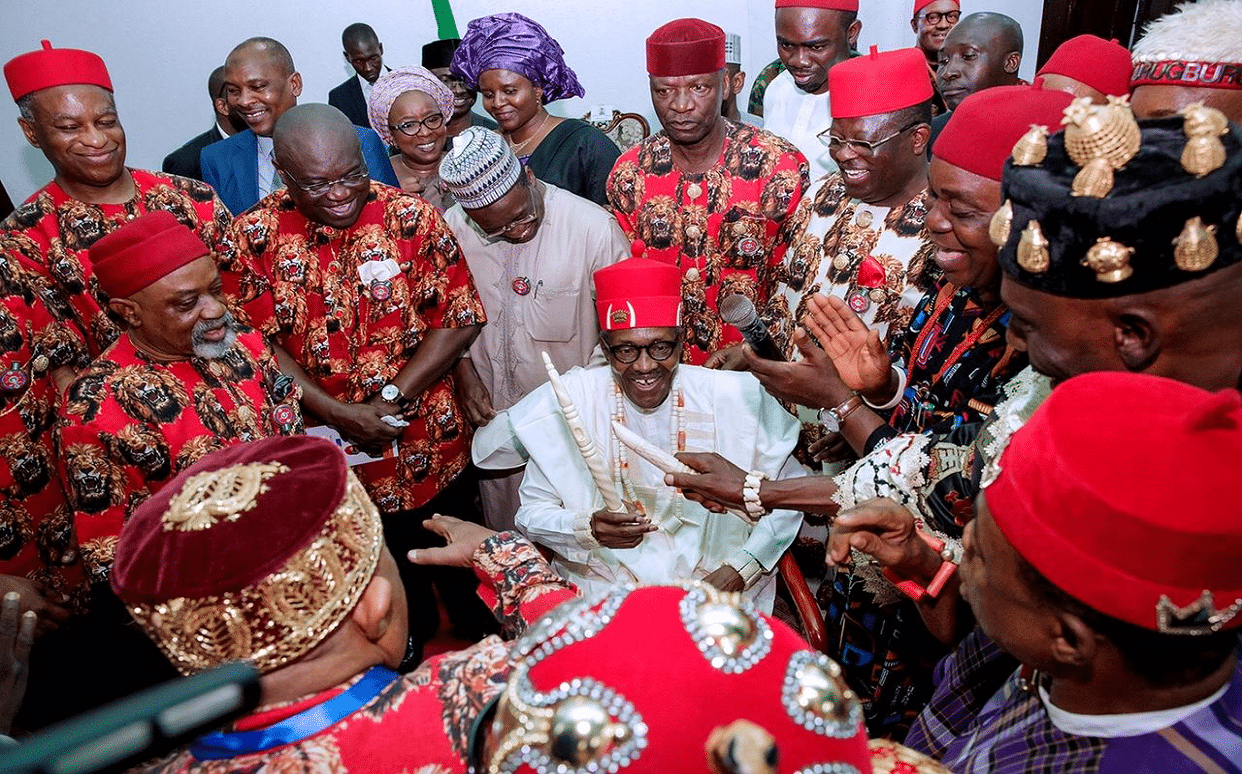 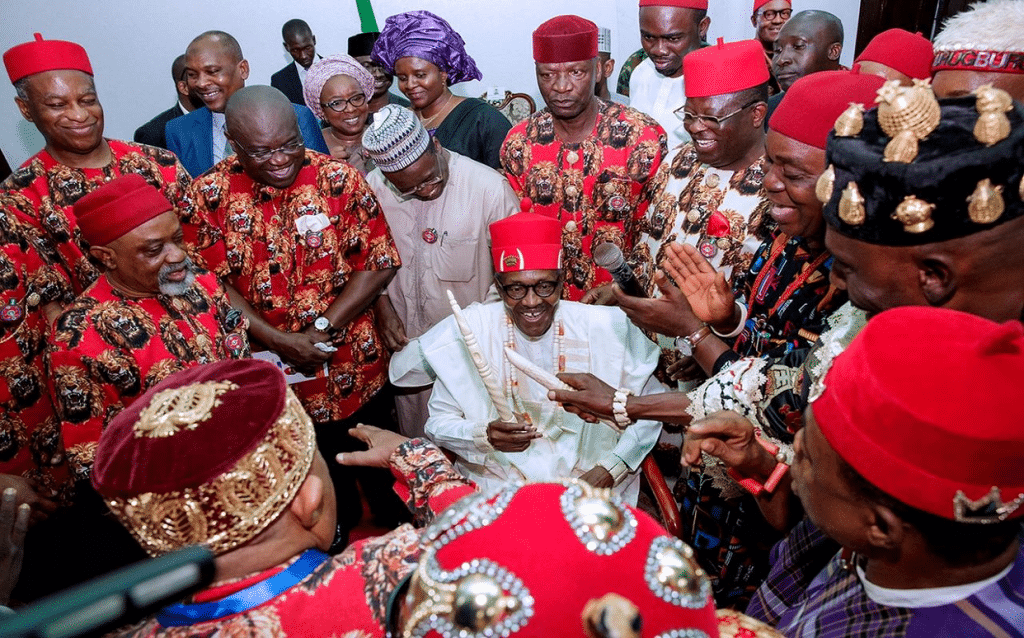 The President began his two-day working visit today to Ebonyi and Anambra states.

He landed at the Akanu Ibiam International Airport in Enugu state where he was received by Governors of Ebonyi, Enugu and Abia states as well as other South-east ministers and traditional leaders before getting to Ebonyi state as part of his official visit.

The President also inaugurated 2 flyover projects on the African-Saharan Highway which cuts across Enugu, Cross-river and Cameroon. The projects were built by Ebonyi state and are estimated to cost over 2 billion naira.

During the visit, the President was conferred the Chieftancy titles of Enyioma 1 of Ebonyi by Ebonyi traditional rulers led by Eze Charles Mkpuma and Ochioha Ndi Igbo 1 by South-east traditional leaders led by Eze Eberechi Dick.

The Vice President declared open the 6th Ministerial meeting on Industrial Cooperation which held in Abuja.

Representatives from member countries (Bangladesh, Egypt, Indonesia, Nemetzadeh, Malaysia and Pakistan) and the Minister of State for Industry, Trade and Investment, Aisha Abubakar, were present. 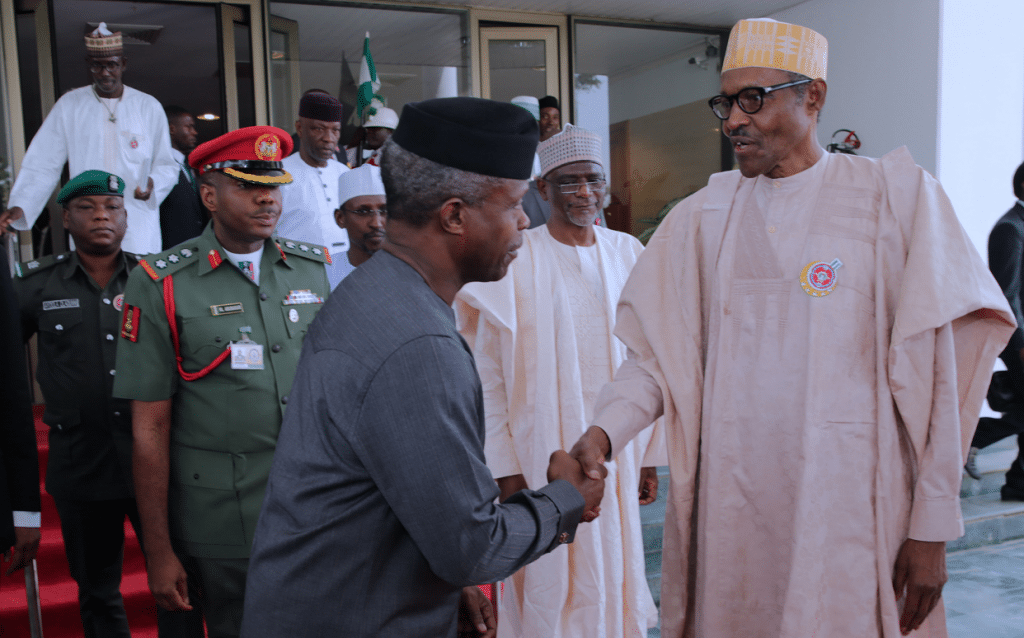 Next Post Speech: President Buhari's Address At His State Visit To Ebonyi State