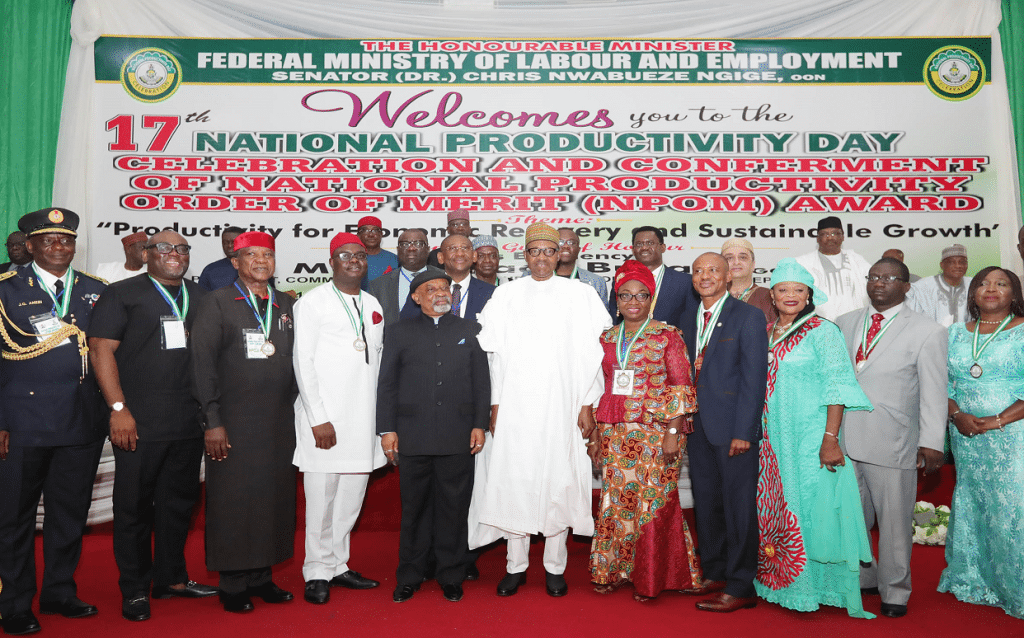 The President met with members of the BSO led by Comptroller General of The Nigerian Customs Service Col. Hamid Ali, Leader of the BSO, and Chairman UBEC Dr Muhamud Abubakar at the State House in Abuja.

He was received by the Governor of Benue state, Samuel Ortom and arrived at the service which held at Ayati Pilgrimage Centre in Gwer LGA, today.

He gave a keynote address which highlighted the recovery measures of the present administration as well as its efforts to boost infrastructure and investment in the country.

Full speech can be sourced HERE 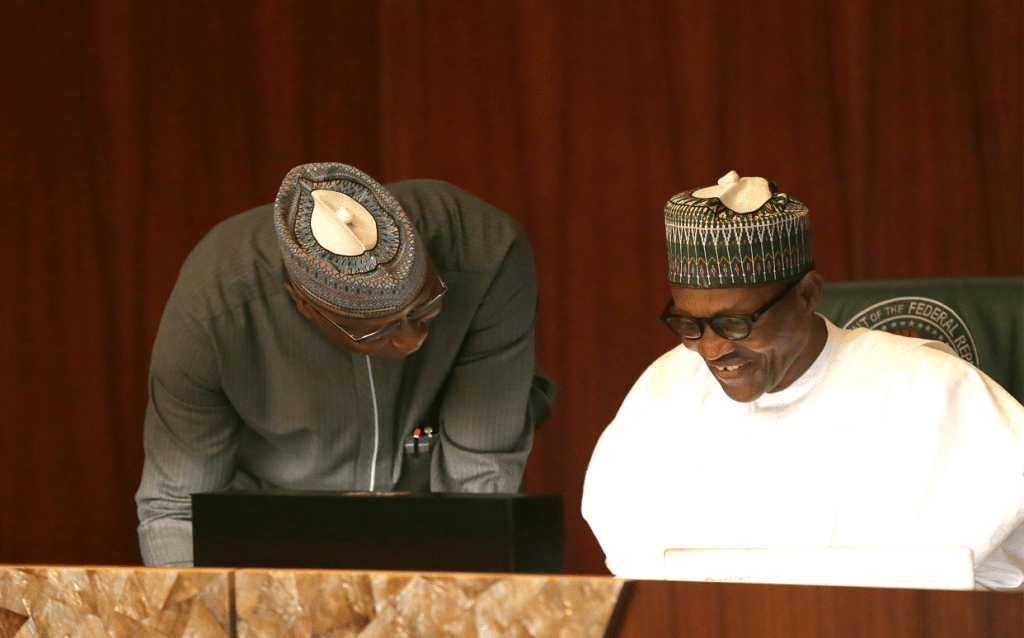