Vice President Yemi Osinbajo SAN, has called on stakeholders in the African automotive industry to pay more attention to vehicle refinancing, noting that it is impossible to have a successful automotive sector without a robust vehicle financing regime.

The Vice President stated this today when he received on a courtesy visit to the Presidential Villa, a delegation of International Automotive Investors comprising Original Equipment Manufacturers and other stakeholders.

He said: “I think that is an area where we really need to focus our attention on.

“It is the most critical component that the implementation of the new policy will look at. And am sure that both the Ministry of Finance and others will be keen in discussing with the group on how this can be addressed. This is the conversation that has always been back and forth but I think we should be able to get it right this time.”

He added that stakeholders need to form formidable working groups that would deliberate and come up with a seamless implementation approach that would address challenges in critical components of the automotive sector.

The Vice President said: “the approach I will want to recommend is similar to the Focus Lab that was set up to drive investments in the economy. You should also have a very strong presence of the critical government officials and private sector people in a group and one important area of note is the issue of ‘Vehicle Financing’ because somehow this is not just managed in a way to achieve success.”

He noted that the Buhari administration is committed to the realistic advancement of Nigeria’s automotive industry as it has demonstrated considerable political will towards the implementation of a new automotive policy.

According to him, “I don’t need to emphasize that there has been a lot of back and forth on this auto policy in the past. There have been some difficulties with the implementation approach but this is the time, we have the considerable political will. I think that if we get the individual components right, we should be able to fly with this policy.”

The Vice President added that the successful implementation of a new policy would put to rest issues around the importation of used cars and the argument that new cars not readily available to Nigerians.

On capacity building, Prof. Osinbajo urged stakeholders to ensure that more should be done to achieve the kind of results that the country desired, in the implementation of the new auto policy.

He said: “this is an area where a lot has been done in terms of building capacity for the local industry, but the new policy must touch more on it too.”

Earlier in his remarks, the Minister of Industry, Trade and Investment, Dr Okechukwu Enelamah said the team is in the country to continue discussions on how to advance Nigeria’s automotive sector.

The Minister said the delegation had held different levels of discussions with stakeholders in the local industry and relevant government agencies with the view to driving investments in the sector in Nigeria.

In the same vein, the leader of the delegation, Mr Thomas Schaefer, said group’s visit to Nigeria is to advance discussions on developing the African automotive industry by adopting an African approach.

According to him, “the plan is to have short, medium and long-term approaches that targets growth in the manufacture of cars in Nigeria, similar to the over 60,000 cars produced per annum in South Africa.”

Recognizing Nigeria as an important segment of the African automotive sector, Schaefer said the investors are also pushing for the passage, into law, of Nigeria’s new automotive policy capable of advancing the growth of Africa’s automotive sector.

The Minister of Finance, Mrs Kemi Adeosun, the Director-General of the National Automotive Design and Development Council, Mr Jelani Aliyu and other top government officials, were at the meeting. 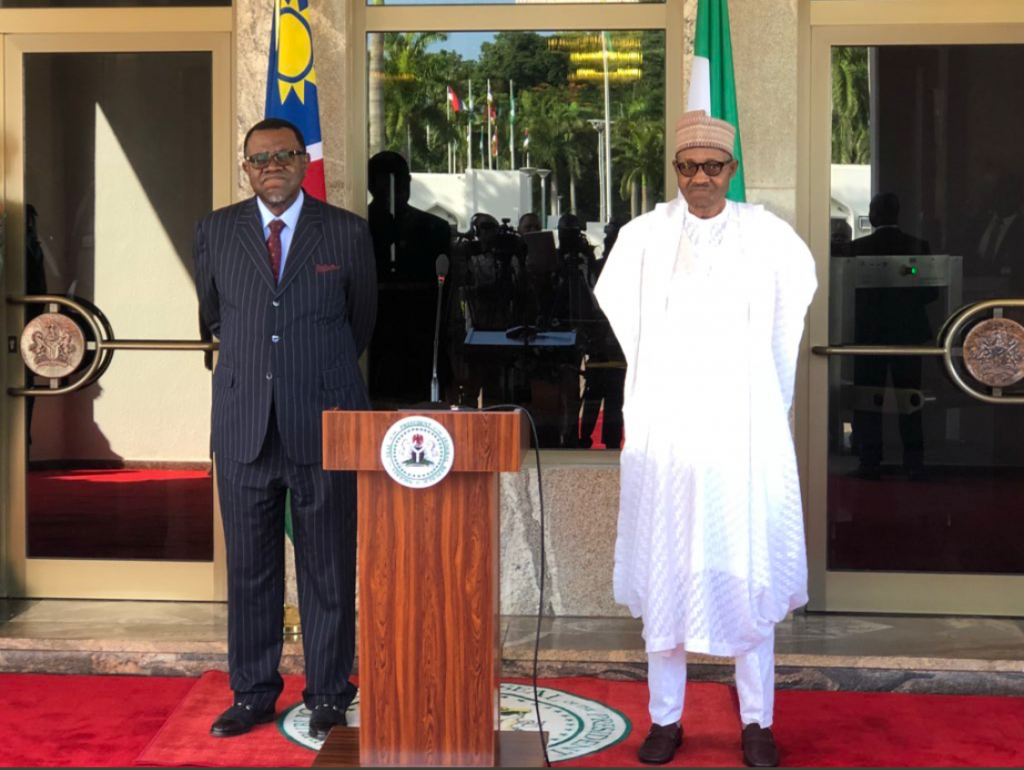