Prof. Osinbajo further said the partnership between the CMU and the two Nigerian universities (Maritime University and UNILAG) was coming at the right time to help develop the country’s human capital.

“Our relationship with Jamaica is a very important one for us and we must continue to explore the very many areas of collaboration to benefit us all. We are truly grateful for the hand of fellowship extended to us,” the VP added.

Also at the meeting was the Acting High Commissioner of Jamaica, John Clarke; and a former governor of Bayelsa State, Timipre Sylva, who is the Pro-Chancellor/Chairman of the Governing Council of Maritime University.

The Maritime University, which commenced full academic activities in April, is part of the Buhari administration’s Niger Delta New Vision aimed at developing the region.

Similarly, Prof. Etebu said the CMU has offered scholarships to two students of the Maritime University. “We are going to draw strength in terms of experience and exposure from the Carribean university,” she noted.
Also speaking, Prof. Ogundipe said UNILAG’s postgraduate programmes in Maritime Studies would gain from the collaboration with CMU to meet international standards.

In his remarks, Pinnock noted that he was impressed with the ongoing work at the Maritime University in Delta State, while Clarke thanked the Vice President for the progress of work at the University.

“We are bringing experience, accreditation, global certification; we want to leverage this with both universities – Nigerian Maritime University and the University of Lagos, which are two fantastic universities. And we see this collaboration is about strengthening each university, learning from each other and building together,” Pinnock said.

Meanwhile, the Vice President also on Wednesday received a delegation of Pearls Africa Foundation led by Abisoye Ajayi-Akinfolarin, who was named among the Top 10 CNN Heroes of 2018.

The Foundation promotes the cause and advancement of young girls, with focus on vulnerable young girls living in under-served communities, through training in technology, skill acquisitions, entrepreneurship, mentorship and internship placements.

“It is incredible to see these young leaders who are so sharp and so creative,” noting that “it is very innovative that the girls are the lead players in their various fields,” Prof Osinbajo stated.

He also commended Ajayi-Akinfolarin for her work, and pledged his support for her CNN Heroes nomination. He further stated that he was greatly inspired by the young girls and the work they were doing

The delegation was made up of Sharon Okpoe who created a website, Makoko Fresh, to help connect fishermen in Makoko with buyers; Matti Mariam developed a website called Hope Basket, enabling people to make donations to beggars and Break The Blade, a website created by Nosirat Alade, campaigning against female genital mutilation.

Ajayi-Akinfolarin, in her own remarks, said the good things about the various projects the girls were involved with was the fact that they identified the problems themselves and proffer the solutions. They use computer-programming language to build the various websites. She further stated that Makoko Fresh website has made over N200,000 worth of sales in less than two months, connecting suppliers of fish with those who demand it.

In his remarks, Softcom representative, Seindemi Olobayo, who was also present at the meeting, stated that their company would provide mentoring platforms for the girls, internship opportunities during holidays and experience tours within the company. He added that the company could also help with funding in helping the girls scale up their projects as well as providing support through their own network of relationships.

Previous Post VP Osinbajo will not be Distracted- Presidency 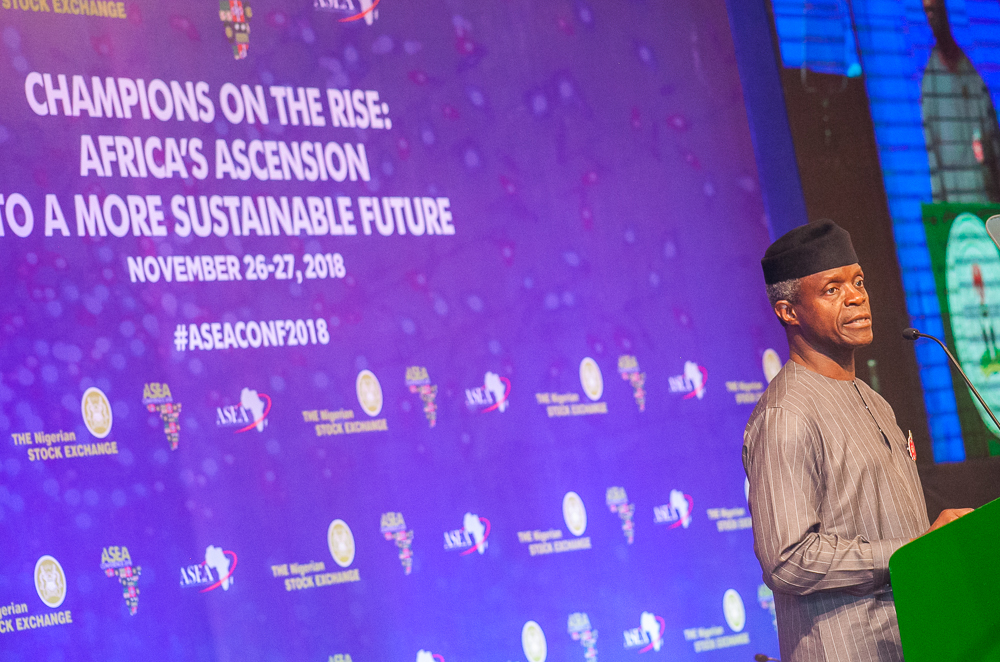