The Federal Government’s Energizing Education Programme is geared towards delivering on several critical policies and objectives of this administration in the Next Level, including improving power supply around the country by providing solar hybrid plants in 37 Federal Universities and 7 teaching hospitals in the next four years, according to Vice President Yemi Osinbajo, SAN.

Prof. Osinbajo stated this on Friday in Ebonyi State, where he commissioned some projects including the 2.8 MW decentralized solar hybrid power plant that will supply 7,700 students and over 1,800 staff of Alex Ekwueme Federal University Ndufu Alike Ikwo (FUNAI) with clean, reliable and efficient power.

Before the end of the year, similar projects would also be commissioned in Bayero University Kano (BUK), Kano State and Federal University of Petroleum Resources Effurun (FUPRE), Delta State; as well as the University of Lagos, he added.

By providing decentralized/off-grid solutions, the Vice President noted that the programme is also expected to reduce the dependence on the national grid and increase universal access to electrification in the country.

According to the Vice President, this will further increase access to modern quality education by providing adequate power supply to critical learning resources such as science laboratories, design and technology workshops and Information Technology resources.

He added that the project is also aimed at “providing conducive, safe and secure learning environments, with the aim of eradicating cultism, rape, kidnapping and other criminal activities that may occur.”

The Vice President added that the objectives of the Energizing Education Programme includes “empowering Nigerian women through the provision of education and training programmes for STEM and dedicated training on renewable energy in world class energy training centres, improved quality of healthcare services which will ultimately reduce mortality rates in our healthcare institutions; and the development and implementation of environmentally friendly projects for cleaner, healthier environments.”

Prof Osinbajo also commissioned the renewables workshop and training centre to promote renewable energy and over 7.5KM of street lighting to enhance security and safety on the campus.

Noting that students of the institution would not only reap the benefits of clean, reliable and affordable electricity, the Vice President added that they would also receive hands-on training on renewable energy which can be applied beyond the walls of the university.

He said, “This solar hybrid power plant being commissioned today (in FUNAI) is the first to be heard of the 37 Federal Universities and 7 teaching hospitals, that will be provided with a plant that is similar with what we have here under the Federal Government’s Energizing Education Programme and we hope that this will be completed in the next four years.

“The phase 1 of the project consists of nine Federal Universities and one teaching hospital which cuts across 6 geopolitical zones in Nigeria and it is currently being implemented by the Rural Electrification Agency (REA).

“The phase 1 project will benefit a total of about 127,000 students and 28,000 staff of the Universities, 4,700 staff in teaching hospitals (including 819 doctors), powers 2,850 street lights and result in the decommissioning of hundreds of generators.”

This phase, the Vice President said, is fully funded by the Federal Government and will train 180 female STEM students. The Vice President said the project will further create more jobs in the power sector chain.“This project itself created 108 energy related jobs from power system engineers to electricians and as stated earlier, trained 20 young women with the skills to work in the energy sector anywhere in the world,” he said.

Prof. Osinbajo urged more effective collaboration and synergy amongst government bodies at all levels, in order to achieve significant growth for the country.

Laolu Akande
Senior Special Assistant to the President on Media and Publicity
Office of the Vice President
3rd August, 2019 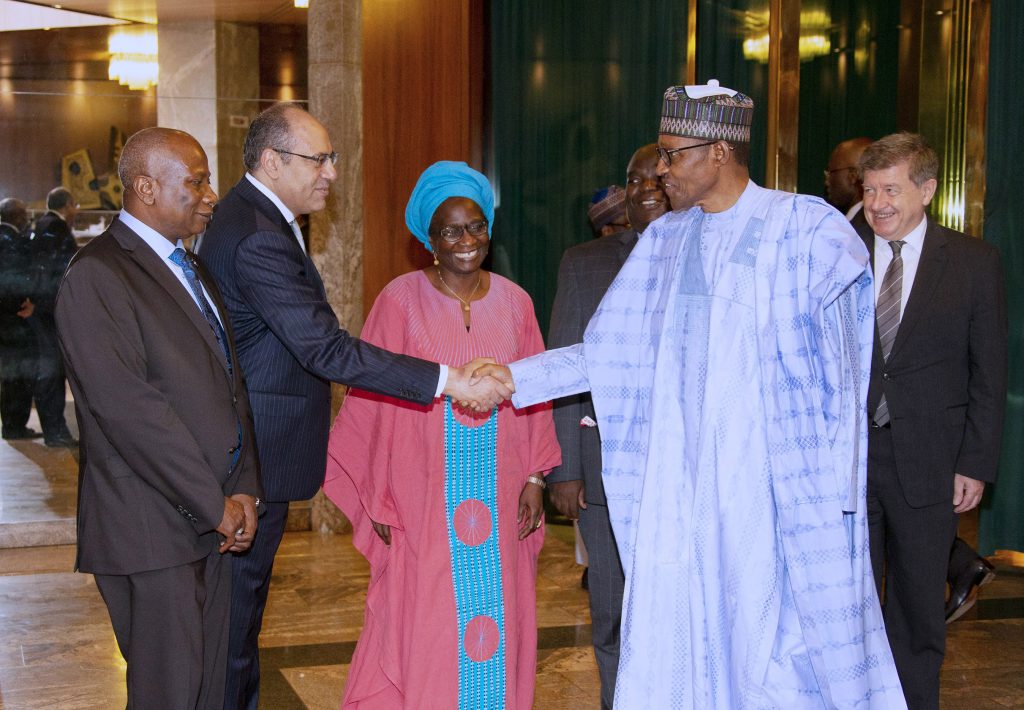