President Muhammadu Buhari Thursday in Abuja said the Federal Government’s key policy objective of rejuvenating the mining sector was being realised as witnessed by the diversification of the economy and broadening of the country’s revenue base.

Speaking while receiving the National Executive members of the Nigerian Mining and Geosciences Society (NMGS) at the State House, the President also expressed delight with the ongoing formalisation of illegal mining as a way of curbing its implications on national security, revenue generation, the environment, health and safety of the citizens.

President Buhari said his administration has been vindicated in its assumption that the nation’s endowment in mineral resources, the mining and solid minerals sector have the potential to create employment, increase revenue and reduce poverty.

He attributed the successes recorded so far to the Federal Government’s policy of increasing budgetary allocation to the Ministry of Mines and Steel Development; formalisation of illegal mining; approval of funds from the Natural Resources Development Fund to support small miners; enhancing capacity and human capital development.

The President also noted that the strengthening of the regulatory framework, enhanced transparency in the licensing process, and the ease of doing business played significant roles in the achievements recorded in the mining sector.

He pledged continued government support to the sector.

While introducing the visiting members of the NMGS, the Minister of State, Mines and Steel Development, Abubakar Bwari, said the favourable government policy in the sector had led to the activation of dormant mining licences, increase in earnings by the government and the prevalence of “mining prosperity” in the country. According to him, “the mining sector has never had it so good.”

The President of the NMGS, Prof. Silas Dada expressed gratitude to President Buhari for being the first Nigerian leader to be conferred with the Society’s Grand Patron ship in person.

He commended the Federal Government for the “revitalisation and rejuvenation” of the mining sector in the country, from its “moribund and chaotic state, following years of neglect and abandonment.”

He joined other members of the delegation to confer the laurel on President Buhari who now becomes Grand Patron of the NMGS. 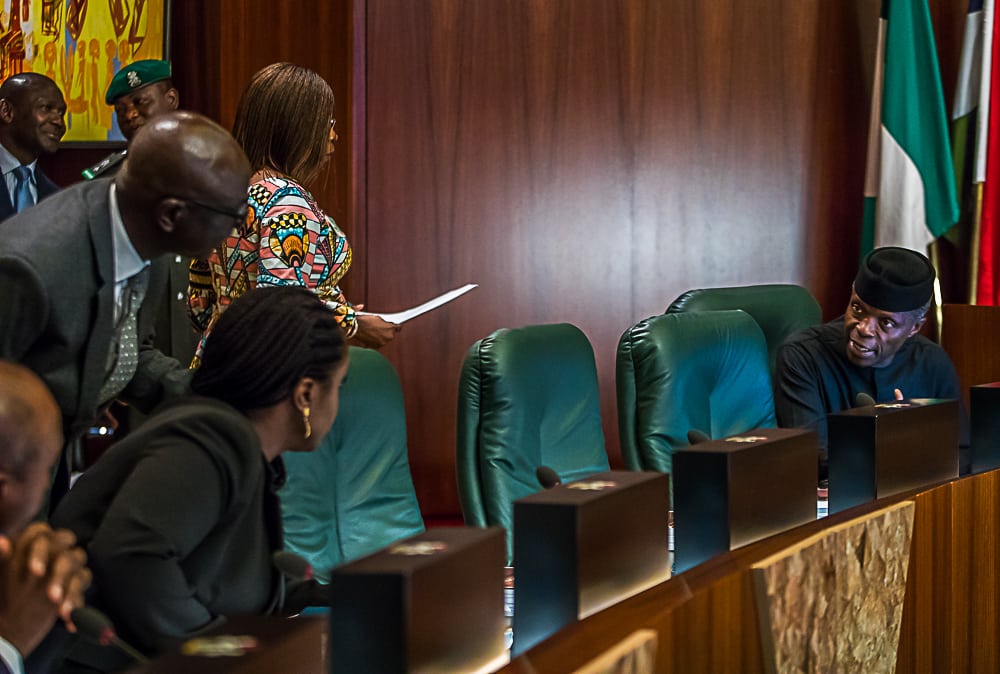