How we are Diversifying The Nigerian Economy, By Osinbajo

The Federal Government’s programme for the establishment of special economic zones; its agricultural diversification programme and partnership with the Brazilian government under the Green Imperative initiative, are geared towards sustaining efforts in diversifying and strengthening the economy, according to Vice President Yemi Osinbajo, SAN.

The Vice President stated this on Monday in Gombe while fielding questions from journalists shortly after commissioning several projects, including Federal and State projects in the State. Governor Ibrahim Dankwambo, who received the Vice President, accompanied him as crowds of N-Power beneficiaries and Homegrown School Feeding cooks followed all through the different stops of the one-day visit in Gombe.

According to Prof. Osinbajo, “what we have set out to do is to ensure that we are able to diversify the economy away from oil.

“So, our special economic zones in all the six geo-political zones, starting from the Enyimba economic city; the Lagos economic zone, which is in Lekki; as well as the Funtua cotton zone, industrial zones that we know will bring the type of investments that we expect to see and also bring in a significant number of jobs.”

Continuing, the Vice President said the same thing was being done in the agro-allied value chain to ensure that the country was “self-sufficient in several agricultural products”.

“We also have worked out a partnership with the Brazilians in the agro-industrial sector so that we are opening several service centres. In the centres there will be implements and equipment and the technology required. We intend to open up one centre in every Local Government Area in the country,” the Vice President added.

On the projects executed by the Dankwambo-led administration in Gombe State, the Vice President said “several of the projects are critical and important developmental projects” for which the Governor deserves commendations.

The projects commissioned by the Vice President during his one-day visit to the state include the Gombe International Conference Centre, the New City Gate, the Petroleum Tankers Bay, the Tunfure road and the Bauchi Motor Park road, all in Gombe town.

Shortly on arrival at the Gombe International Airport, the Vice President received a rousing welcome from beneficiaries of the Social Investment Programmes (SIPs) who thronged the access road to the airport chanting “Next Level, Next Level”, as his motorcade drove out of the airport to the town.

Some of the beneficiaries who bared their minds about the SIPs in separate interviews urged the Buhari administration to sustain the programme.

An N-Power Agro beneficiary from Gombe LGA, Mr. Tarzan Adamu, commended President Buhari for initiating the programme, and providing the opportunity for many youths not to lose hope in their nation.

According to him, “due to savings I have made from the N-Power scheme I have established a tomato garden and I harvest products which I sell to different parts of the country.

Similarly, Mr Tarzan Lucky, an orphan from Biliri LGA of the state, who is also an N-Power Agro beneficiary, says his life has been transformed from a job seeker to an employer courtesy of the N-Power programme.

He said “Before now I was doing nothing but today due to the N-Power programme, I have gone into animal husbandry where I have different species of animals that I am rearing. I also have about seven people working under me. This is a big transformation for me and my family.”

Another N-Power Teach beneficiary, Miss Debora Adamu from Biliri LGA, the SIPs have made a lot of things easier for her and her family.

According to her, “the stipends I have been receiving from the programme have helped in keeping me going. For that I want to say a big thank you to the Buhari administration and I want them to keep it up.

“Through the N-Power programme I have been able to establish my small business to support my family. I was able to do so through the money i saved from the scheme. I saved N75,000 which I used to start my business.”

For Mr. Kashim, an N-Power Health beneficiary who works at the State Tuberculosis & Leprosy Centre, the programme had been instrumental in promoting tuberculosis and leprosy awareness in the Gombe State.

“Through the N-Power programme I have been able to sensitise my community and other communities on the prevention and care for tuberculosis and leprosy.

“I have also been able to enlighten my community on all issues concerning tuberculosis and this has helped the community a lot, and I think this kind of programme should never stop,” Shaibu said.

The Vice President was accompanied on the trip by the Minister of Environment, Suleiman Hassan, Nigeria’s High Commissioner to Canada, Ambassador Adeyinka Asekun, amongst other functionaries. 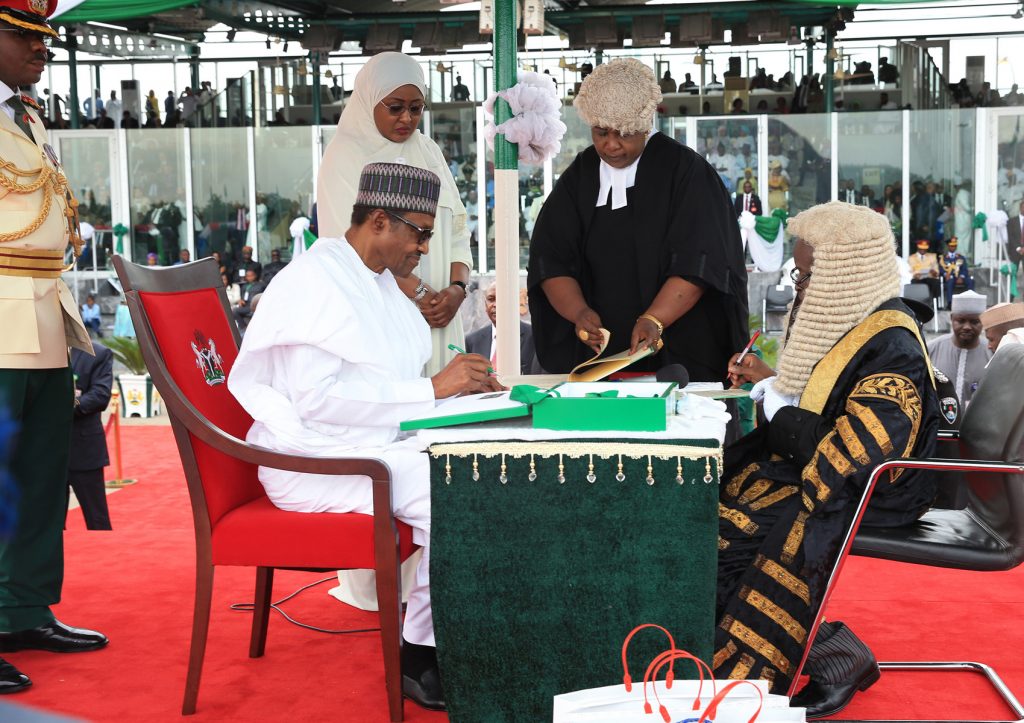