President Muhammadu Buhari in Lome, Togo strongly pitched for the setting up of a regional security architecture in the West and Central African sub-regions, giving clear indication that there is a convergence of strategic interests among the countries of the two sub-regions on security.

In his address at the three summits that took place between Sunday and Tuesday in Lome, these being the ECOWAS (Economic Community of West African States) and the ECCAS (Economic Community Of Central African States); implementation of Single Currency throughout West Africa by 2020; and the 53rd Ordinary Session of ECOWAS Authority of Heads of State and Government, President Buhari talked about the need for a united approach to contain terrorism and radicalisation in the sub-regions; asserted Nigeria’s leading role in political, social and economic matters; and reaffirmed the need for close collaboration in dealing with problems affecting their countries.

In a major speech at the ECOWAS-ECCAS summit, the President made clear Nigeria’s readiness in playing a major role in broader regional security framework along with all the countries in the sub-regions, in the hope of replicating the successful pentagonal security coalition in the Lake Chad area which led to the setting up of a Multinational Joint Task Force (MNJTF) by Nigeria, Niger, Chad, Cameroon and Benin.

According to him, “Nigeria wishes to encourage other Member States to intensify inter-regional collaboration on maritime security, fight against terrorism and other crimes through effective border control. Respect for rule of law, democracy and promotion of human rights are also vital as they are attributes of good governance, which would enhance the socio-economic development of the two regions.

“As you are all aware, the African Union (AU) has designated this year as the Anti-Corruption Year under the theme “Winning the Fight against Corruption: the Sustainable Path to Africa’s Transformation”. As Champion of the theme for the year, I call upon you to join hands in this campaign against corruption, as one of the root causes of conflict and other societal ills.

“Finally, let me reiterate that Nigeria will continue to support any effort directed towards peace building, security and stability, as well as the fight against terrorism and violent extremism in our two sub-regions and the world.”

The discussions focused on steps to further strengthen the comprehensive strategic partnership by expanding cooperation across all sectors, including, but not limited to:

Ø The promotion of peace and stability throughout the sub-regions;

Ø The setting up of national and sub-regional early warning response mechanisms to avert conflicts;

Ø The setting up of Eminent Persons Group to undertake preventive diplomacy, crisis management and mediation;

Ø Zero tolerance for corruption, coups, and the institution of free, fair and credible elections;

Ø Empowering women and youths; and

Ø The institution of fair mechanisms of sharing resources.

The leaders of the sub-regions also agreed to security cooperation against transnational crimes such as terrorism, illicit trafficking in arms and drugs and ensuring the security of the water ways in the Gulf of Guinea.

They also agreed to the formation up of Mutual Legal Assistance Treaties in pursuit of judicial assistance to one another and to promote cooperation by their police.

Arising from their discussions, there will be a donor conference on security in the Gulf of Guinea. The Central African Countries have agreed to support the MNJTF in the Lake Chad basin area. To tackle the escalation in farmers-herders conflicts, the leaders have asked their ministers of agriculture and livestock, security and foreign affairs to meet every year to formulate solutions to common problems. The summit of the leaders will itself take place every two years to maintain the momentum of cooperation.

To give effect to all resolutions and decisions, a ministerial committee was set up, made up of ministers of foreign affairs, security and the secretaries-general of both sub-regional groups to report to the heads of state annually. There will also be a joint secretariat of ECOWAS and ECCAS.

The second summit, the one on Single Currency has outlined eligibility criteria and set targets for all the countries in West Africa. They call these convergence criteria that fix the ratios of deficit to Gross Domestic Product, GDP; annual inflation rates, limits to Central Banks’ financing, public debt-GDP ratios, rate of exchange and currency reserves.

What this meeting did was to charge all countries to aggressively work towards the take-off target of 2020 and Nigeria, with 65 per cent of ECOWAS’ cash reserves, the leading economy in the sub-region and the continent, was effectively put in the driver’s seat. Some likened this role by Nigeria to what Germany is to the European Union, EU. It is an enormous responsibility for which our leaders have expressed the readiness to effectively shoulder.

The third summit, the ECOWAS meeting went into extra time due to the long list of issues on the table. These ranged from regional integration to regional security and stability; customs union; agriculture and the tragic escalation of farmers-herders conflicts as well as the enhancement of social peace.

The meeting of the heads of state and government also received several reports on assignments earlier given. There were Reports on the implementation of ECOWAS biometric ID cards; African migrants in detention in Italy and Spain; the on-going restructuring of the ECOWAS secretariat; budget for the new financial year; and the political situations in the sub-region including The Gambia, the legislative elections in Guinea-Bissau, the elections in Mali, the maritime security in the Gulf of Guinea, the situation in Togo as well the setting up of national early warning centres.

What is left unsaid is that President Buhari’s engagements dealing with security and cooperation and the warm reception given him in Lome, by both ECOWAS and ECCAS have encouraged enthusiasm and speculative interest regarding Nigeria’s role in Africa’s security. We have our challenges quite alright, but that appear in no way to lower the high expectations by both domestic and international supporters about what Nigeria can, and should do.

The point above was underscored by the extraordinary decision of the ECOWAS leaders to, for want of a better word impose the leadership of the organization, against all protestations on the Nigerian leader.

Nigeria’s delegation to Lome had been briefed of the aspirations of Cape Verde, Sierra Leone and Ghana to assume the chairmanship of the ECOWAS Authority of Heads of State and Government following the completion of Togo’s mandate.

As with others, Team Nigeria had debated the pros and cons of all three Candidate-nations and had, after considering the best possible interests of the sub-region, made a selection before the commencement of the summit.

As it turned out, the ECOWAS leaders had a plan unknown to Nigeria. Against the tradition of denying the chairmanship to leaders in an election year in their countries, President Buhari was asked to lead, and denied a chance to refuse to serve.

In the history of the ECOWAS, many of the region’s leaders including some from Nigeria had fought to serve, with many seeing the chairmanship as an added feather to the cap, if not an egotistic conquest of the space in a megalomaniacal sense. There are past Nigerian Presidents who had had multiple tenures as ECOWAS chairman. Unlike others, President Buhari, in his fourth year as leader, had never asked to lead.

In classic recast of the Biblical and Qur’anic proverb, that those who exalt themselves shall be humbled, while those who humble themselves shall be exalted, all three candidates were asked to step down, and the Nigerian President was called to come forward to lead. Given the times and the circumstances in the sub-region, the leaders know of course that they need President Buhari now, more than they did at any other time before.

Garba Shehu is the Senior Special Assistant to the President on Media & Publicity. 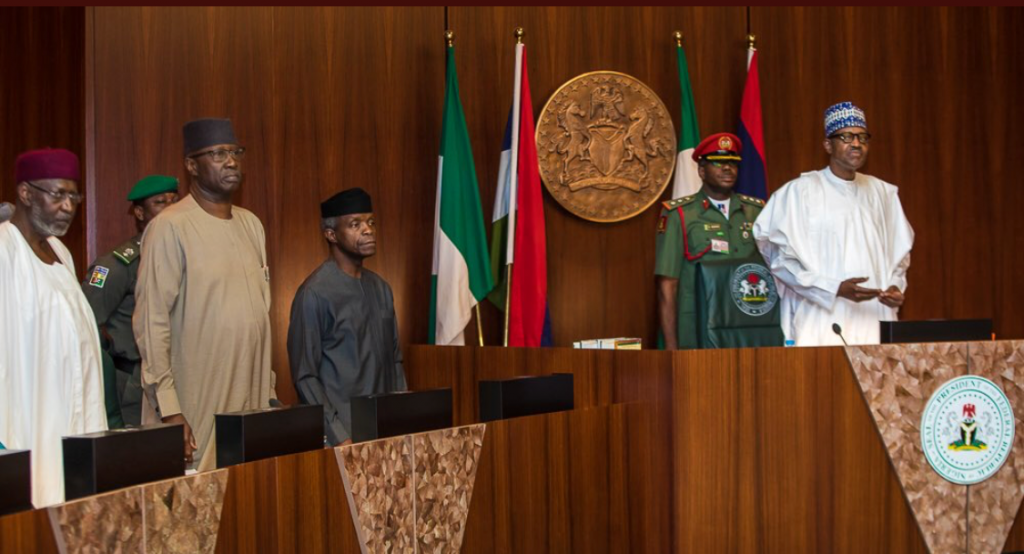 Next Post President Buhari to Proceed on 10-Day Holiday