*Geographic restructuring not the problem

In contrast to simple geographical restructuring of the country, prudent management of national resources and providing for the people properly, are better ideas for Nigeria’s development challenges, according to Vice President Yemi Osinbajo, SAN.

Prof. Osinbajo who stated this while fielding questions from a cross-section of Nigerians at a town hall meeting in Minnesota, the United States of America on Sunday, spoke on a wide range of issues covering the economy, anti-corruption, health, agriculture among others.

According to the Vice President, “the problem with our country is not a matter of restructuring and we must not allow ourselves to be drawn into the argument that our problems stem from some geographical restructuring. It is about managing resources properly and providing for the people properly, that is what it is all about.”

“I served for eight years as Attorney General in Lagos State and one of the chief issues that we fought for in Lagos state was what you call fiscal federalism. We felt that there was a need for the states to be stronger, for states to more or less determine their fortunes.

“So, for example, we went to court to contest the idea that every state should control, to a certain extent, its own resources (the so-called resource control debate). We were in court at that time up to the Supreme Court and the court ruled that oil-producing states should continue to get 13% derivation.

Continuing, Prof. Osinbajo said, “My view is that we must create the environment that allows for people to realise themselves economically because that truly is what the challenge is with our country.”

The Vice President added that Buhari-led Federal Government has put in place an economic structure that is able to function properly despite previous challenges, particularly corruption that led to a slowdown in the economy.

On the impact of corruption on the economy and the solution adopted by the Buhari administration, Prof. Osinbajo noted that “Unless we are able to deal with the fundamental questions especially around corruption, our economic circumstance will keep going one step forward, two steps backwards”.

According to him, “When you talk about corruption in Nigeria, the truth is stranger than fiction. It is the kind of thing that would cripple an economy anywhere because you simply don’t have the resources for the graft and the greed of the numbers of people who want to steal the resources.

“All that we have been able to deal with is grand corruption. When we started the TSA, the whole point was to aggregate all of the funds of government that were in private banks. So we put all of the money in the central bank so that we could at least see the movement of money and by doing so, we were able to save 50% of the corruption that was going on then.”

He assured Nigerians in the US that the government of President Muhammadu Buhari could be trusted, noting that “we can say for sure that the President is not going to sign off money and just bring it out to share.”

Relying on OPEC statistics on oil revenues accruable to Nigeria under successive administrations between 1990 and 2014, the Vice President said not much had been done in terms of infrastructure development despite the huge oil revenues realized by the country.

“One of the critical things that we must bear in mind and see is that this government despite earning $94 billion, up until 2017, we are spending more on infrastructure and capital than any previous government, so we are spending N1.5 trillion on capital, that is the highest we have spent since 1990,” he added.

Responding to concerns on how government is utilizing recovered funds, the Vice President disclosed that the Buhari administration is committed to a transparent use of the funds in providing infrastructure.

He said: “What we are doing with the proceeds of corruption is by making it a line in the budget so that it can be accounted for properly; it is not a special fund somewhere that is just being used in any way, but as a single line in the budget for infrastructure which is our major spend.”

In the area of agriculture, Prof. Osinbajo said, the target was to attain self-sufficiency in the production of rice, tomato etc.

“Today, we are doing 11 million metric tons of paddy rice and are now importing only 2 per cent of what we used to import.”

On Nigeria’s rise on the World Bank’s ease of doing business index, Prof. Osinbajo said though the challenges are daunting, the government was committed to going beyond the 24 places it moved up to in the last rankings.

The Vice President added that reforming Nigeria’s port system was top on the agenda of government as
efforts were underway to improve the turnaround time for cargo clearance at the ports.

“So, we have to work our port system and one of the things we have been able to do is what we call the National Trading Platform or the single window. We are getting to the point where we are going to launch the national trading platform where the whole port system is integrated into one.”

On improving the health budget at both the state and federal levels, the Vice President said the focus is on trying to do National Health Insurance because funding health care through budgeting has proved to be practically impossible.

Nigeria’s Ambassador to the U.S., Mr Sylvanus Adiewere Nsofor led other Nigerians within and outside the state of Minnesota to the meeting held in Minneapolis. 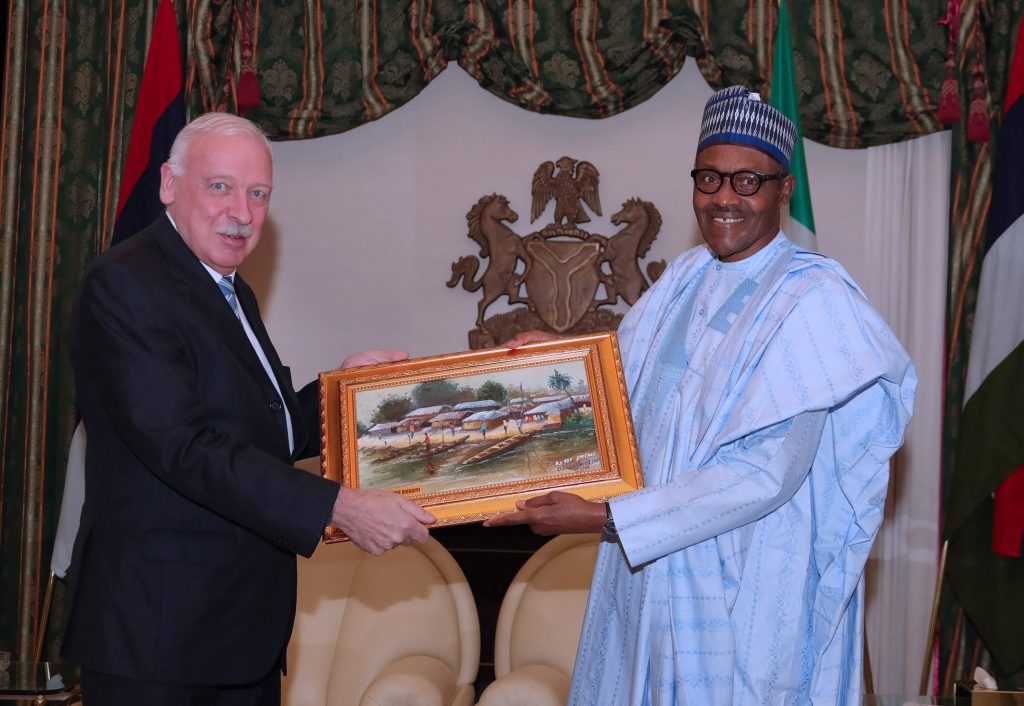