Meeting of the National Security Council Held at the State House

1. The meeting started by discussing the general over-view of the security situation in the country as it relates to the conduct of the forthcoming 2019 general elections. It recommended deployment of security agencies to the states to enable the elections to be conducted peacefully and to further doused tension created by the outcome of the political parties’ primaries and some desperate persons to sabotage the electoral process.

2. The meeting also discussed attempt to put pressure on electoral body by some notable personalities through demonstrations which was brought under control by combine efforts of security agencies to avoid being hijacked by hoodlums or armed bandits.

3. Another area of security concern includes post-election violence, as desperate politicians may whip up ethno-religious sentiments to create security situation in the country. Also of concern is the proliferation and stockpiling of weapons by some disgruntled elements with a desire to take laws into their hands at the slightest opportunity.

4. The council called for the concerted effort of all security agencies to ensure that the 2019 elections are hitch free and the need for continuous sensitization of the public by National Orientation Agency (NOA) and regular meetings of relevant stakeholders including INEC, international/local observers and the media ahead of the elections.

5. You are please requested to disseminate this information through your medium. 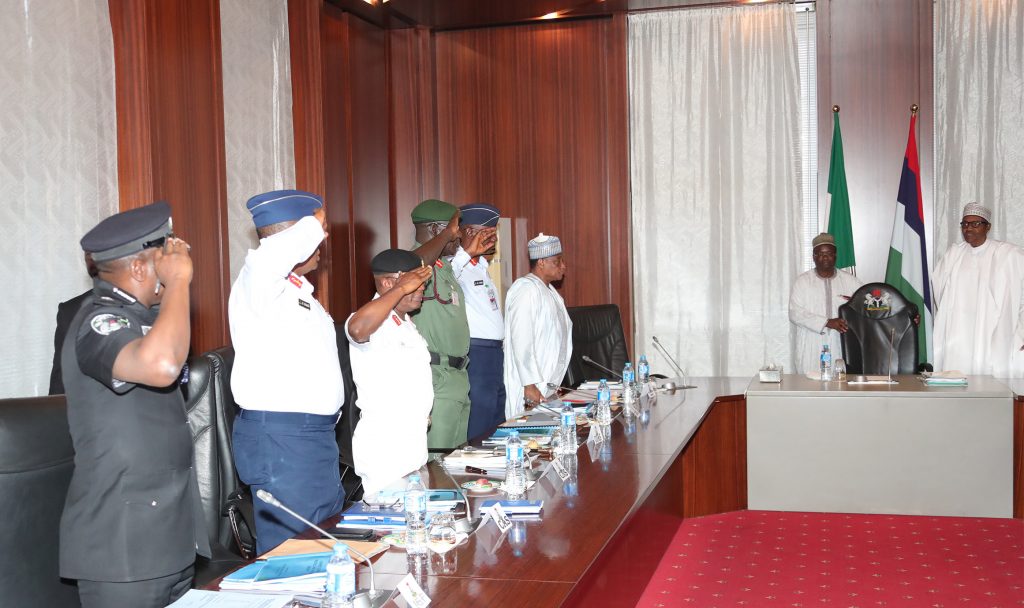