Following the successes recorded in the N-Power programme of the Buhari administration and the growing need for government’s direct intervention in job creation, the Federal Government will expand the N-Power scheme to accommodate 1 million beneficiaries in the next phase, according to Vice President Yemi Osinbajo, SAN.

The Vice President who stated this while responding to a variety of questions from Nigerians across different professions and persuasions, at a town hall meeting in Abuja yesterday, said the programme would become the largest post-tertiary job scheme in Africa.

According to him, “the idea of N-Power is supposed to be government’s own programme of direct employment and training. At the moment, we have taken up to 500,000 and in the next phase we are looking at another 200,000 and closely followed by another 300,000.

“In all, we will be employing up to a million, and that will be the largest post-tertiary job programme in the entire Africa. The reason why we have done this is because of the employment problems that we have, we may not be able to engage everybody but at least government must give some direct provision of jobs.”

Prof. Osinbajo explained further that though government could not pay more than the N30,000 currently paid to beneficiaries and also fix all the unemployment issues, it is working on creating the enabling environment to ensure that beneficiaries as well as other unemployed Nigerians become useful to themselves.

He said: “It is infrastructure that will create the opportunities to provide more jobs, especially through manufacturing and Industry.

“So, we are doing roads and rail, providing power; that is the way we can develop industry. We are energizing our markets at the moment, putting solar power in the markets. We have designated 300 markets, we have done Ariaria in the South East, Sabon Gari in Kano, Surat in Lagos, Isikan in Ondo, Gbagi in Oyo and we are expanding so that more people can work.”

On the need to engage more women in productive activities, Prof. Osinbajo said: “one of the ways the Buhari administration is engaging more women is through our GEEP loans.”

He said: “56% of our GEEP loans go to the women. So there is a lot of preferential advantage that we give to women and this is because women are effective managers of resources; they pay back these loans when they are given.”

Speaking on the misconceptions about the borrowing arrangements of the Buhari administration, the Vice President said, the country, under President Buhari, was not in a terribly bad debt situation as insinuated in some quarters.

According to him, very frequently you find people creating fear about the issue of debt and saying that this government has borrowed more than previous governments.

“I want to give you the facts and figures on the debt issue. The dollar denominated debts of Nigeria – that is the debts of the Federal Government, the States and Local governments.

“One of the things that I always want you to bear in mind is that when oil prices are at their highest, between 2010 and 2014 that was when we had the sharpest rise in debts.”

Continuing on the debt issue, Prof. Osinbajo said “the other thing that I want us to bear in mind is what is called debt to GDP. Our debt to GDP is one of the lowest among the countries that are frequently compared to us. Our debt to GDP is 20%. When you compare it to other countries, you will see that Ghana is about 68% whereas Ethiopia’s is 48%. In terms of the size of our economy and debt, we are doing okay”

He, however, agreed that “Nigeria may have an issue with debt to revenue”, noting that “we are not collecting enough revenue compared to what we want to spend.”

The Vice President said the Federal Government in collaboration with the States was working on harmonizing tax collections in order to address issues relating to multiple collection of taxes.

He said: “this is a problem that we are dealing with all across Nigeria. It is one of the issues we are dealing with under the ease of doing business. We are addressing the sub-national. How we can harmonize taxes. The second phase of our ease of doing business is focused on the collection of multiple taxes; there is no reason why that should continue.”

On the ASUU strike, the Vice President said that government is engaging the leadership of the union, noting that “the next meeting is on Thursday, November 15, 2018”.

He, however, explained that “we are dealing with a population of about 200 million people who depend on a budget of about N8.6 trillion and of that amount, 70% of it goes to salaries and overheads, and it goes to less than 2 million people. It is impossible to answer to all of the monetary needs of people by the size of the federal budget”.

On healthcare financing, Prof. Osinbajo said the Buhari administration has done much even as it has earned 60% less than the previous administrations.

According to him, “the first thing to bear in mind is that health care financing has suffered over the years even when we were earning the most money, we were underfunding healthcare.

“In 2015 when we came in, the healthcare budget was N22.7 billion and as of today we moved that to N86.5 billion and we are earning 60% less. Education was N23 billion in 2015, now it is N102 billion. The issue really is one of government commitment. For the first time, in the 2018 budget, we are setting aside 1% of our consolidated revenue to the health sector.”

The town hall meeting was organized by Act Now, a non-political group that works in promoting transparency and good governance as well as youth participation in governance. 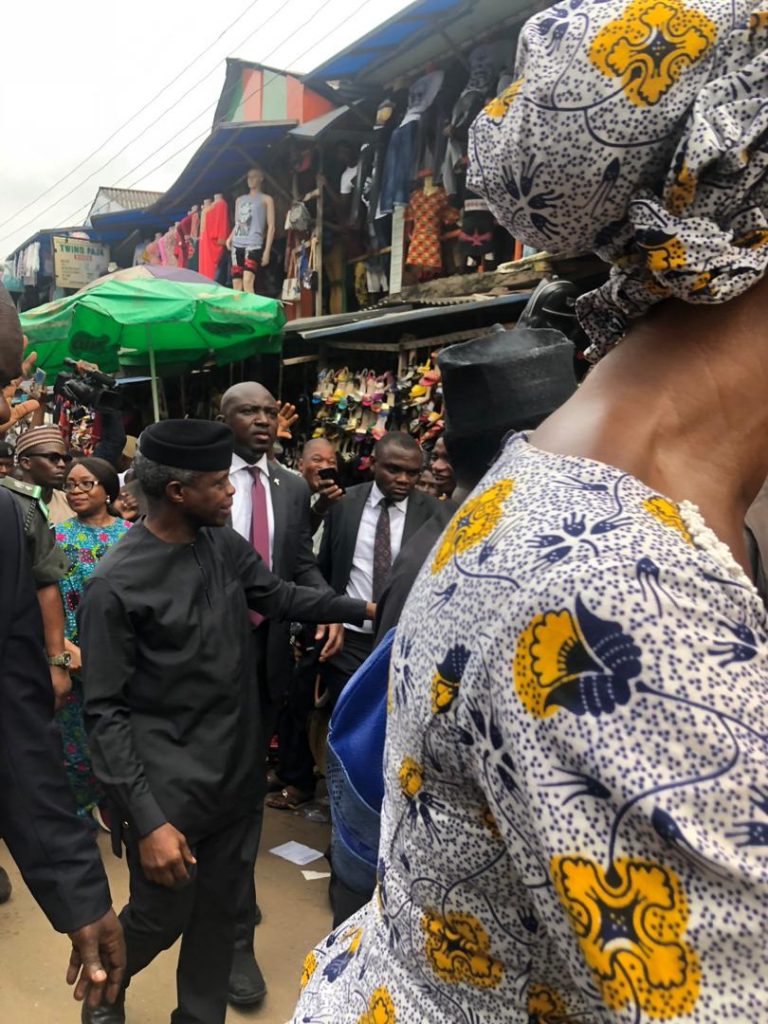 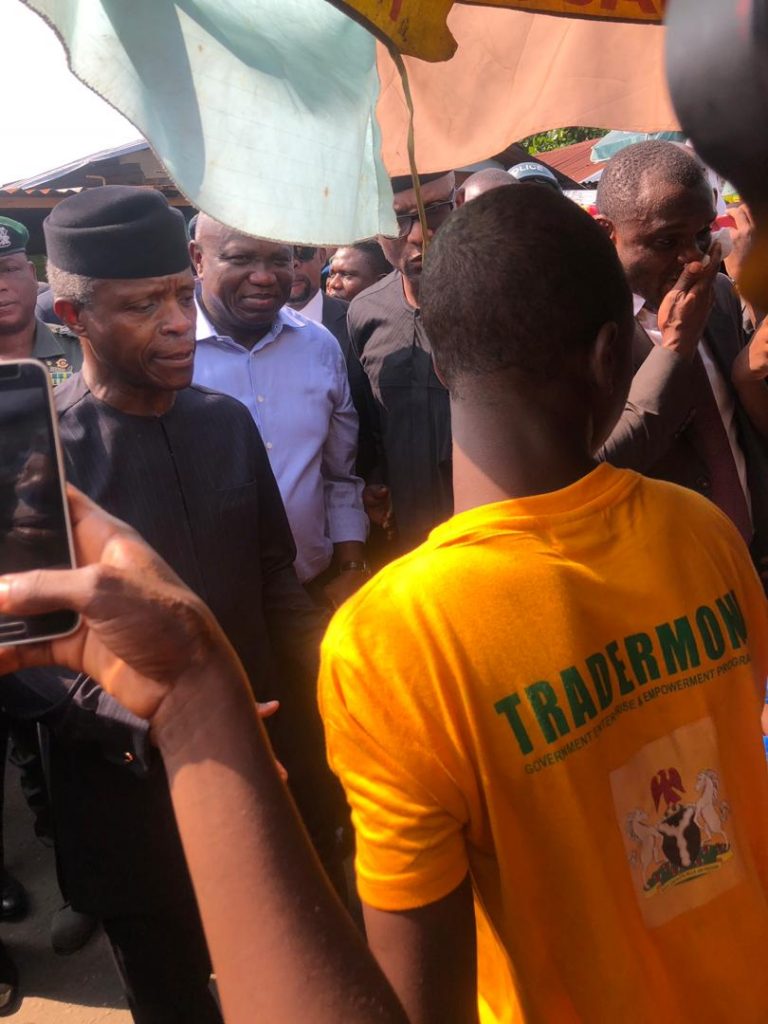