The National Economic Council chaired by Vice President Yemi Osinbajo, SAN, was briefed today at its monthly meeting on the need for collaborative partnerships between the Federal and State Governments with the Presidential Committee on Flood Relief and Rehabilitation (PCFRR) for immediate intervention on flood prevention, mitigation and preparedness in the Country.

The presentation made by the Honourable Minister of State, Federal Ministry of Environment, informed the Council on the imminent onset of this year’s flood season and the need for collaborative partnership among stakeholders.

Below are highlights of the NEC meeting:

A.
PRESENTATION ON FLOOD PREVENTION, MITIGATION AND PREPAREDNESS IN NIGERIA

· The Honourable Minister of State for the Environment told the council that the occurrence and magnitude of flood continue to increase in Nigeria due to many factors, among which are excessive prolonged rainfalls, siltation of existing streams, human manipulation of drainage basins, undeveloped drainages, poor urban planning and dam collapse, etc.

· It is estimated that about 20% of the population is at risk from one form of flooding or another, resulting in property damages and loss of lives annually – climate change projections indicate that there may be greater risk of flooding in the years ahead.

· Natural causes of flood are beyond human control, but human manipulation/ human induced situation can either be prevented or at least have their impact mitigated.

· Enormous resources towards flood disaster mitigation have been committed by Government at all levels, however the menace continues unabated. There is need for a paradigm shift in the approach to solve the annual negative experience, hence the need for suggestive approaches for an efficient and effective collaboration among stakeholders.

Recommendations/Prayers:
· Short time and sustainable way of de-silting major tributaries and canals ahead of the flooding season – this is relatively inexpensive and executable within a short period of time.

· Need to set up a Federal Project Coordinating Unit comprising officers from the collaborating entities (Federal, States and PCFRR), to be headed by a Director – this is to identify locations for critical actions and realistic cost estimates, and implement the flood prevention, mitigation and preparedness programme, and

Decision
The Council welcomed the recommendations.

B.
PRESENTATION ON PRISON DECONGESTION AND THE CASES OF CONDEMNED CONVICTS NATIONWIDE BY THE HONOURABLE ATTORNEY GENERAL OF THE FEDERATION AND MINISTER OF JUSTICE

Highlights of the presentation:
· The presentation was to apprise Council of the ongoing activities under the Prison Decongestion Initiative and to invite Council’s attention to the need to tackle the challenges associated with the cases of condemned convicts in prisons nationwide.

· Available statistics put the number of condemned convicts nationwide at 2359 as at Wednesday, July 18, 2018.

· The attention of the nation’s security apparatus has been drawn to the deplorable state of prisons nationwide as a potential national security threat – as the large number of inmates have overstretched the existing facilities rendering them grossly inadequate, inhumane, and uninhabitable.

· The rising incidents of prison breaks aggravate the attendant risks to localities within the vicinity of these prisons.

· Council informed that the Minister of Interior had presented an Executive Memorandum to the Federal Executive Council (FEC) on the need for immediate action to prevent failure and breakdown of the prison system.

· FEC, on Wednesday, 24th May, 2017, directed the Federal Ministry of Justice to put in place measures to fast track the decongestion of prisons nationwide – and National Stakeholders Committee on Prisons Reforms and Decongestion was inaugurated sequel to the FEC directive.

· So far, the initiative of the Stakeholders Committee and visitation to some prisons led to release of 1,310 inmates.

· Council is invited to note the cases of condemned convicts and the role of State Governors as statutorily empowered to sign death warrants or commute the death sentence to life imprisonment or exercise powers to grant prerogative of mercy in deserving cases.

Recommendations:
· State Governors may wish to carry out a review of the cases of condemned convicts within their jurisdiction as enshrined in Section 212 of the 1999 Constitution.

· The Nigerian Prisons Service to review its policy on inter-State transfer of prisoners to reduce incidences of prisoners being held outside the State conviction.

· Cases of convicts imprisoned outside the state of conviction may be forwarded to the Governor of the State where they were sentenced for consideration.

Council noted the recommendations and welcome action by Governors to act in line with Section 212 of the Constitution.

C.
PRESENTATION ON THE GAINS OF THE NATIONAL MSME CLINICS BY THE HON. MINISTER OF STATE, FOR INDUSTRY, TRADE AND INVESTMENTS AND SPECIAL ADVISER TO THE PRESIDENT ON ECONOMY

Highlights of the presentation:

· MSMEs account for nearly 50% of Nigeria’s GDP and provide an estimated 70% of total employment.

· MSME Clinics – the Vice President initiated and guided MSME Clinics as a government strategy for making it easier for MSMEs to interact with Government.

· The Vice President launched the MSMEs Clinic Project on the 24th January, 2017 during which representatives of key partnering FG Agencies interacted with over 303,000 participants across 17 States. The Vice President himself personally attended the Clinics.

· The Clinic demonstrated practical support to MSMEs, provided direct engagement with Regulatory and Service Agencies and crated awareness for locally made goods by MSMEs.

· Office of the Vice President (OVP) and Federal Ministry of Industry, Trade and Investment (FMITI) oversee the MSMEs.

· The MSME Clinics have visited 17 States so far and 7 upcoming States are slated for the remaining part of 2018.

· Among the achievements of the MSME Clinic are: creation of One-Stop-Shops in Cross River, Abia, Kwara, Osun and Plateau State

Recommendations:
· To extend Clinics to all States, and ensure continuity of programme objectives in States already visited.

· Maintain momentum of responsiveness of agencies and continued establishment of One-Stop-Shops.

Honourable Minister of Finance equally reported to the Council that the current balance in the Natural Resources Development Fund as July 16, 2018 stands at N133,715,427,387.37. 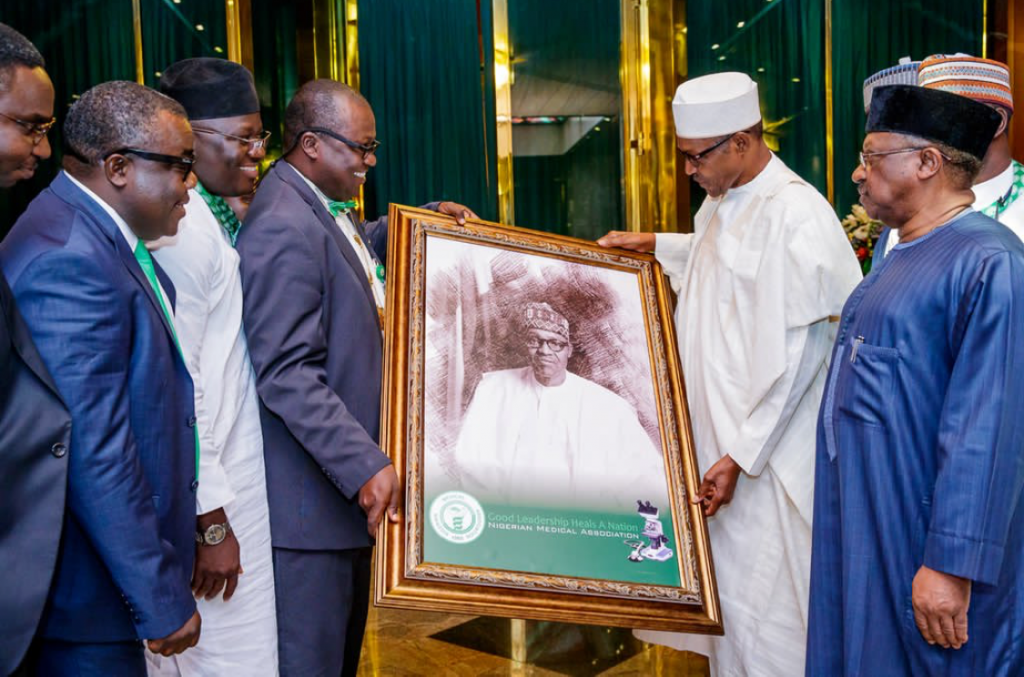