No Development Without Stability, Says President Buhari, As He Hosts Gambian President

The President made the declaration Wednesday while receiving President Adama Barrow of The Gambia at State House, Abuja.

“The best route to national development is stability. When a country is not stable, you spend most of your financial resources on security. That is the money that should have gone into education, infrastructure, and generating employment for the people, particularly youths,” President Buhari said.

He congratulated President Barrow for stabilizing The Gambia after his emergence, following the impasse caused by his immediate predecessor, Yahya Jammeh, who initially refused to vacate office, after losing the presidential election in December, 2016.

The Gambian President thanked President Buhari for the role Nigeria played in helping his country return to the path of constitutional democracy.

He also congratulated the Nigerian President on his emergence as the new Chairman of ECOWAS, noting that he was the first foreign leader to visit Abuja after the development. 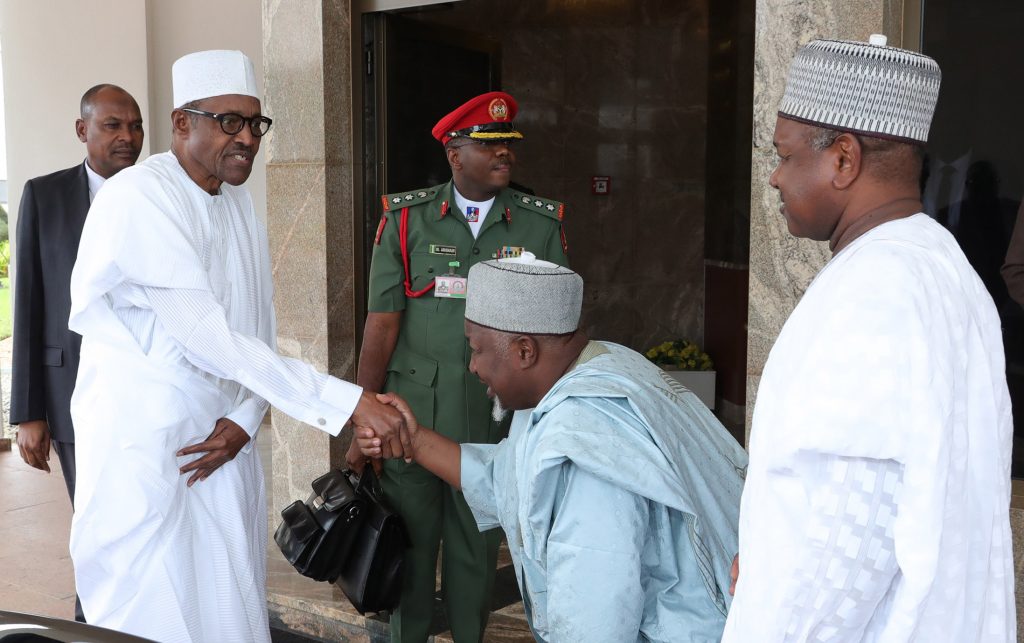