Nowhere in the House of Representative Committee on Emergency and Disaster Preparedness report was there an allegation of corruption against the Vice President, Prof. Yemi Osinbajo and this is why claims against him from some quarters regarding the report are mere political contrivances intended to distract him.

This view was expressed by Senator Babafemi Ojudu, the Presidential Political Adviser, while responding to press inquiries about information circulating in the social media on plots to target the Vice President hatched at the meeting of a major political party abroad, regarding 2019 election.

“It is evident that the opposition are in search of company for their acts of grand corruption which brought Nigeria to its knees as of May 2015. They cannot find that company in the Vice President,” the adviser noted.

He continued: “first, there is nowhere in the politicized House of Reps report where the VP was accused of corruption or embezzlement of funds. I challenge them to quote any word or sentence that makes such an accusation.

“Even the House Committee Chairman has said there was no allegation of corruption against him. The only allegation is that he approved funds for the emergency operations in the North East from the consolidated Revenue Fund not budgeted funds. This conclusion we have proved to be false. The funds approved were from budgeted funds, specifically the Rice Levy,”

Sen. Ojudu said the recent NEMA probe report which social media account disclosed may have been authored at that meeting in a foreign country, was one of such efforts plotted to attack the Buhari administration by tarnishing the image of the Vice President.

“We have read reports in the media that the meeting in a foreign country of the major opposition party was centered on trying to attack the Buhari administration by targeting the Vice President using different tactics.

“It is now evident through the NEMA report, that the opposition is indeed making frantic efforts to tarnish the image of the Vice President,” he said.

He explained that even after Hon. Ali Isa, the Chairman of the House of Representatives Committee on Emergency and Disaster Preparedness had publicly admitted that the Vice President was not mentioned in the report, the opposition still found it expedient to continue, baselessly, to attack the reputation of Prof. Osinbajo by claiming without proof or any shard of evidence that fraud was committed in the N5.8b Emergency Food Intervention Fund for North-East.

He asserted that the presidential approvals were well within lawful authority of the then Acting President.

“Let us remember that the approval granted by Prof. Osinbajo was in response to the threat of hunger and starvation based on information received from the United Nation World Food Programme in April, 2017. The organization had issued a warning that it would be reducing its vital support to about 1.8 million IDPs by as much as 85%, due to the corresponding reduction in funding by the donor countries. Around the same time, the United Nations Commission for Refugees in Geneva also warned of the growing risk of mass deaths from starvation among people living in the conflict areas.

“Besides, it is also important to note that the procurement process was not ignored in the release of funds, as alleged. Section 43 of the Public Procurement Act makes provision for emergency procurement, in which case the procuring entity is allowed to engage in direct contracting for goods and file a report thereafter with the Bureau of Public Procurement.

“Also, the BPP issued a ‘certificate of no objection’ to NEMA on the emergency procurement, and this addresses all issues relating to the alleged breach of due process,” Sen. Ojudu said.

The presidential adviser then added that the action of the opposition in the ensuing political drama indicates that the NEMA probe report is being politicized and is only a lame attempt at ruining the good works of the Buhari administration.

According to the Political Adviser, “the immediate past presidency have been unable to explain how in the years that Nigeria earned the highest revenue under its watch -$381B, when compared to any other administration since 1999, there is little or nothing to show for it.”

He said the Vice President will however not be distracted by the naysayers’ actions to discourage the Buhari administration from providing for the common man or to abandon the Social Investment Programme which it has budgeted half a trillion for in the past two years.

Sen. Ojudu added that the administration will continue to cater for Nigerians especially those at the bottom of the ladder, regardless of the antics of the opposition party.

“We know what is happening, but the administration will not be distracted. Our goals and objectives to put Nigeria on the solid path of greatness is now unstoppable and Prof. Osinbajo will not relent in that effort,” the presidential adviser concluded. 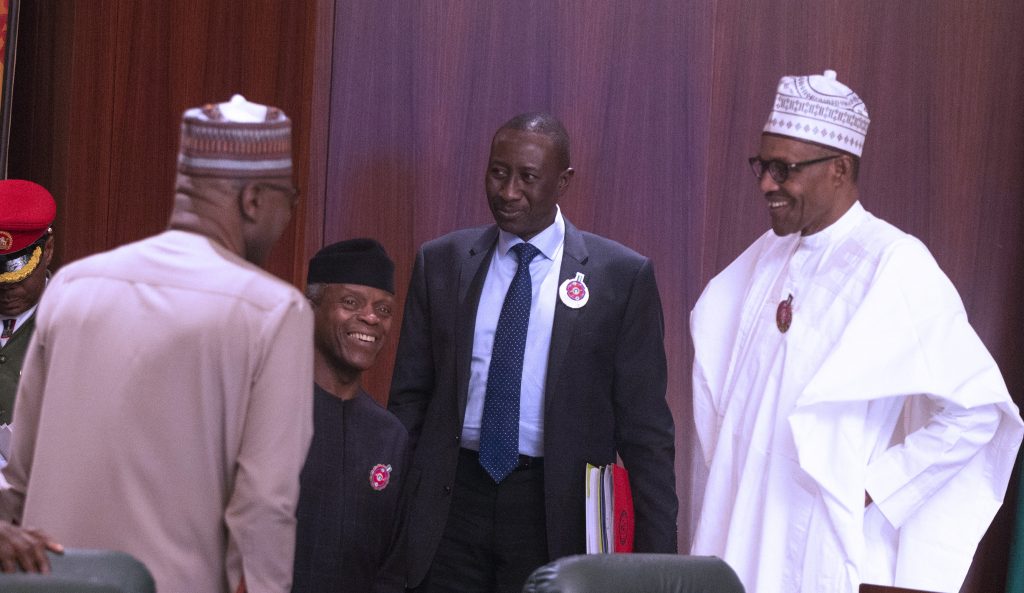 Next Post VP Osinbajo will not be Distracted- Presidency