Over a Million Displaced Persons Reunited with Loved Ones, Rebuilding of Destroyed Communities Underway – VP Osinbajo

Aside from the ongoing military operations that have significantly degraded the Boko Haram insurgents, over a million people displaced by the insurgency have been restored as efforts to rebuild destroyed their homes and communities are underway, according to Vice President Yemi Osinbajo, SAN.

Prof. Osinbajo said this on Saturday, during the Passing Out Parade of the 65 Regular Course (Army) and 66 Regular Course (Navy and Air Force) held at the Nigerian Defence Academy (NDA), Kaduna State.

The Vice President added that the Buhari administration is also committed to ensuring the release of all persons including young women and men held in Boko Haram captivity.

According to him, “In the last two years, more than a million displaced persons have been reunited with their loved ones, and over 100 of our kidnapped girls from Chibok have regained their freedom after more than two years in captivity, while the plight of the Dapchi Girls was promptly dealt with. This is in addition to the thousands of other captives who have since been rescued through special military operations.

“A few days ago, Mr. President spoke personally to the anguished mother of Leah Sharibu, the only Dapchi girl still in Boko Haram captivity. All over the North East, our people are being provided with a chance to begin the urgent task of rebuilding their lives and livelihoods. The Federal Government is working with States, the international community, Non-Governmental Organizations and Civil Society Organizations, to help achieve this.”

The Vice President, who represented President Muhammadu Buhari as the Special Guest of Honour at the event, noted that the administration has embarked on some crucial changes to modernize the country’s Armed Forces and improve its structure and operational capabilities.

According to him, “Two additional divisions have been created, as well as several new Forward Operating Bases (FOBs), to enhance the strategic, operational and tactical performance of the armed forces in the various theatres of operations.

“Also, as part of efforts to modernize our Armed Forces, this administration has intensified the training and retraining of our officers and men in addition to providing new platforms and other resources. The Nigeria Army, for instance, recently acquired Multi Barrel Rocket Launchers (MBRL) and Armoured Vehicles, to improve operational effectiveness; as well as attack helicopters for the Nigerian Army Aviation Corps.”

Continuing, Prof. Osinbajo said, “A few months ago the Federal Government completed a deal with the United States Government for the purchase of Super Tucano A-29 aircraft for the Counter Insurgency Operations.

“There are also commendable efforts ongoing to produce military hardware locally, in partnership with foreign and local industries. The best-known example of this is the TSAIGUMI, the Nigerian Air Force’s first indigenous operational Unmanned Aerial Vehicle (UAV).

“Earlier this year, this administration signed into law the Harmonised Terms and Conditions of Service for Officers and Soldiers, to ensure an improvement in the welfare of service personnel. Across the services, there have been upgrade of infrastructure – construction of new barracks across the country, renovation of existing ones, construction of medical facilities, and so on.”

The Vice President also specially commended the efforts and resilience of members of the Armed Forces for the giant strides recorded so far in the fight against insurgency.

He further said the ongoing military stabilization operations in the North East would continue until full normalcy was restored, while efforts would be sustained to ensure security in other parts of the country.

In the Niger Delta, Prof. Osinbajo said, “efforts of the military have helped reduce militancy substantially. Oil output has risen considerably with the resultant effect on the size and stability of government revenues.”

“The Federal Government’s Amnesty Programme is also on course; as is the New Vision for the Niger Delta, our umbrella initiative aimed at ensuring that the people fully benefit from the wealth of their region,” he added.

Prof. Osinbajo added, “Those who take laws into their hands, who bear arms illegally, and who seek to profit from a climate of fear and insecurity will be decisively dealt with. That remains our promise to the people of Nigeria, who elected us to keep them safe and secure. The peace and stability of our dear country will continue to be of utmost importance.

“Across the North Central and North West of the country, we have made progress with regards to stemming the tide of communal violence, farmer-herdsmen clashes, cattle rustling, and kidnapping. The Special Intervention Forces deployed to the hotspots, combining ground forces with air support, have helped put the purveyors of violence on the back foot.”

Speaking further on other measures adopted by the administration to curb the menace of insurgency, Prof. Osinbajo said “security is not only about law enforcement. It is also about building the right relationships that underpin the development of secure societies.”

The Vice President reiterated the Buhari administration commitment to zero tolerance for crime and criminality, while remaining fully committed to fighting grand corruption.

According to him, “In the area of corruption, the President as you know has been determined to ensure that we do not have a repeat of what has gone on in previous years and this he has taken a strong stand on grand corruption. By grand corruption I mean the looting of resources from the Nigerian treasury,” he said.

He said the achievements recorded in the economy and in the implementation of the Social Investment Programmes were possible as a result of the administration’s prudent management of resources hence achieving more with far less resources.

The Vice President then urged the graduands to take “their place in a military that is on the rise, destined and determined to take its place amongst the most powerful militaries in the world.”

Earlier in his remarks, the commandant of the Academy, Maj.-Gen. Adeniyi Oyebade, thanked the President for his support to the institution, noting that the graduating students had fulfilled all the requirements to be commissioned as officers in the armed forces.

Prof. Osinbajo was received on arrival at Kaduna International Airport by the Governor of Kaduna State, Nasir el-Rufai, and the Minister of Defence, Mansur Dan-Ali.

Laolu Akande
Senior Special Assistant to the President on Media and Publicity
Office of the Vice President
7th October, 2018 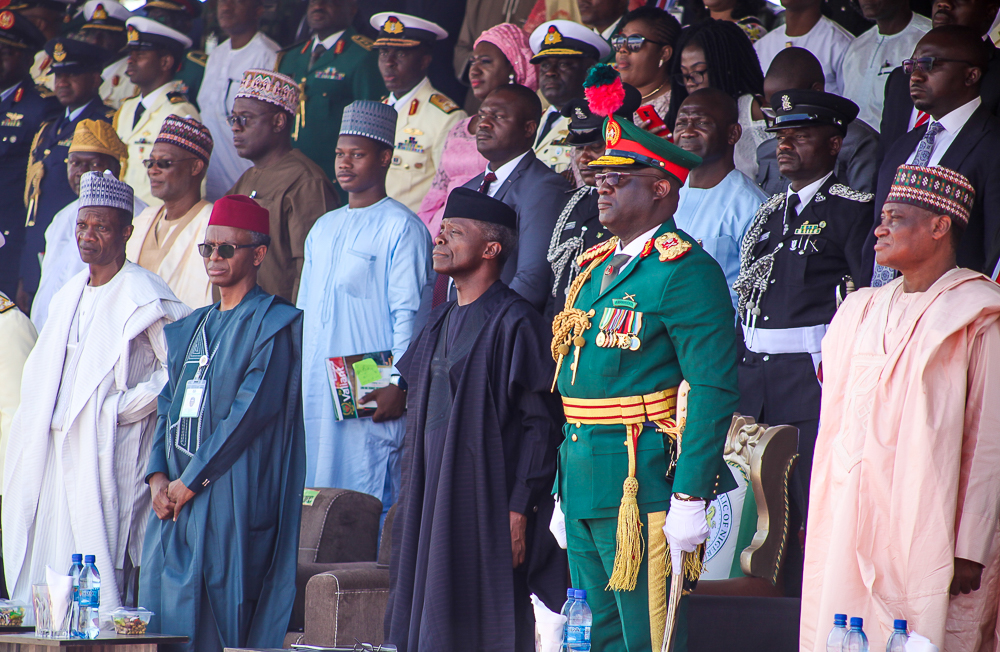 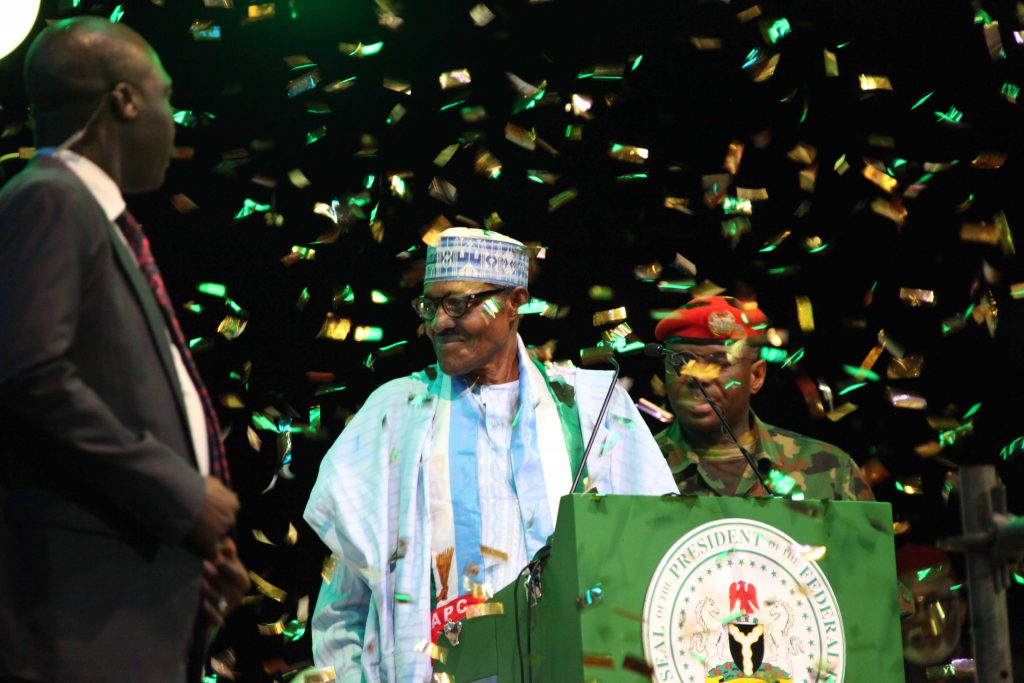