President Muhammadu Buhari, Thursday in Kafanchan, Kaduna State underlined his resolve to consolidate the country’s political system to improve the quality of the people’s lives because “the people matter.”

In an address at the palace of Alhaji Muhammadu Isa 11, the Emir of Jama’a, President Buhari said “we are doing our efforts to consolidate the system for the good of the people because they matter.”

To this end, he spoke about the use of the police and the military, in dealing with security situations but urged Nigerians to develop confidence in civil authority to build a system “free of chaos.”

“Nobody,” he warned emphatically, “should be allowed to raise an army of thugs to force himself on the people. This,” he added, “must be very clear.”

The President gave assurances of the determination of his administration “to hand over a better Nigeria than the one we inherited,” and urged Nigerians to be fair in their assessment of what his government has achieved especially on the campaign promises he made ahead of the 2015 elections.

The President commended Governor Nasir El-Rufa’i of Kaduna State for his accomplishments in the provision of infrastructure, saying:

“I’m very impressed by the rehabilitation of the town (Kafanchan) I have seen,” he said, after commissioning the newly constructed Dan Haya road, Katsina road and the Emir’s Palace road in Kafanchan.

President Buhari, who urged residents of the area to show appreciation for the projects, also commended Alhaji Muhammed Isa, the Emir, for his consolidation of peace among the diverse ethnic and religious communities of the Emirate.

In his remarks, Governor El-Rufa’i acknowledged the President’s investments in security in the area, noting in particular that the establishment of security outfits had paved the way for reduced attacks on people, stating categorically that Kafanchan is much safer today than it used to be.

In acknowledging the improvements in security in the area, the Emir requested  permanent bases for the Air Force and the Mobile Police, as well as the restoration of the rail services for which Kafanchan had achieved renown.

The President was welcomed to the community by the Senator and Members of the House of Representatives from the zone, and a large number of enthusiastic citizens who thronged the streets. 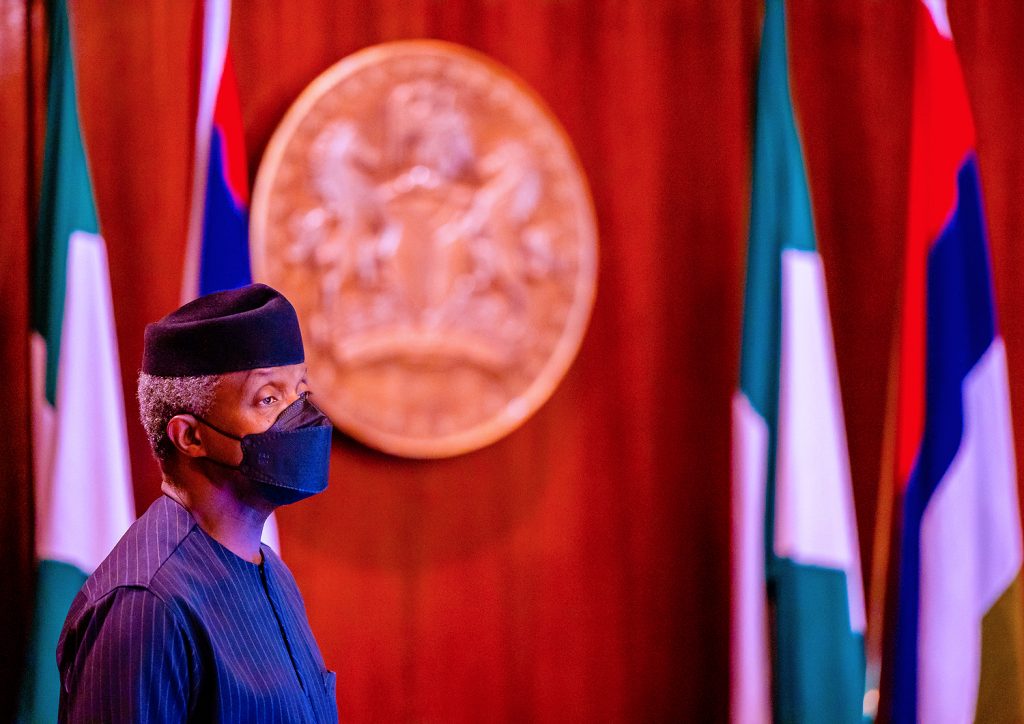