President Muhammadu Buhari on Thursday inaugurated the 800-metre long flyover in Kawo, Kaduna State, recounting how he narrowly escaped a targeted bomb attack in the vicinity in 2014.

Reminiscing on the unfortunate incident, which claimed the lives of many innocent Nigerians, the President said he remains grateful to God for sparing his life on that fateful day on Ali Akilu road, Kawo-Kaduna.

”For many years, I always plied this route and I cannot recount how many times I crossed it.

”There was an attempt on my life on this road. Nothing happened to me just like the 30 months I spent during the civil war.

”They wanted to blow up the vehicle I was in around the secretariat but my escort somehow stopped them. But before we came to this bridge (Kawo), they became more desperate and there was a small market in the area where the device exploded.

”But God protected us and here I am again,’’ he said.

At the Murtala Square, the new city centre of Kaduna State, President Buhari while admiring the remodelled edifice, recalled that he was constrained by family challenges to relocate from Daura to Kaduna after he was released from detention as a former military Head of State.

”I can hardly find my way in Kaduna due to the development taking place here and the governor has committed himself to change Kaduna for good and has been very successful at that, and Nigerians are appreciative that you are writing your history in letters of gold, ” he said.

In the metropolis, the President also commissioned the Barbedos fertilizer plant, a private sector investment in the State.

Speaking at the LEA Lokoja Primary School, the Governor said the project has now been renamed ‘‘Buhari mega-primary school.”

He noted that the people of Rigasa have been consistent in giving President Buhari 98 percent of their votes in previous presidential elections.

”They are the most committed Buharists in the country,” he said. 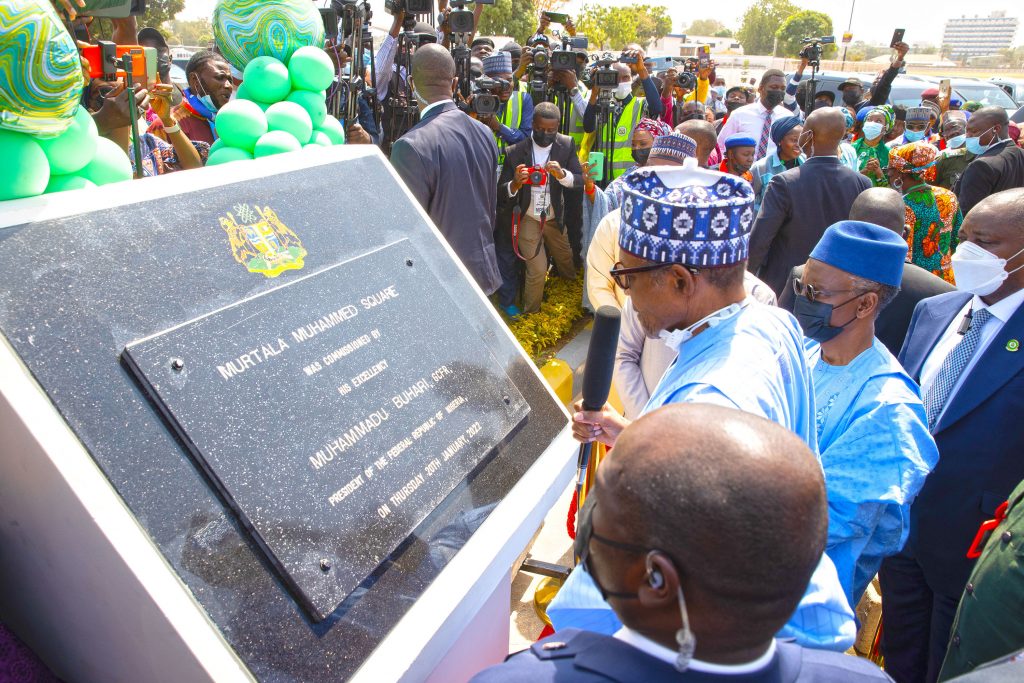