I am happy to be here in Ekiti State, and among the good people of Ekiti. Ekiti State people are dear to me. My earliest interactions with people of this State dates back several decades ago, and I have always found them to be very intelligent and honourable people.

For those of us with a background in the military, we have come to know officers and men of Ekiti origin to be of exemplary courage, discipline and integrity.

Today, alongside indigenes of other States, many officers and men of Ekiti origin continue to follow in the footsteps of their forebears, under the command of the current Chief of Defence Staff, General Abayomi Gabriel Olonisakin from Ode-Ekiti.

Outside of the military, over the years, many of your leading lights, especially in the academia, have distinguished Ekiti indigenes in the comity of states in our federation.

My coming here today is not only to campaign, but make clear the reason why Ekiti people must embrace the Change Agenda and vote for APC.

The Ekiti people are a politically aware and well informed electorate. They cannot be brainwashed or deceived.

In the last three years, this Administration has not only carried out laudable projects in Ekiti State, but also helped in creating employment opportunities for the indigenes of the State.

The APC Government has executed 13 Federal Roads and Intervention Projects in Ekiti State. Some have already been completed and some are near completion.

a. The construction of infrastructure, Roads Drainages and Asphalt Finishing at IKERE EKITI.

b. The construction of infrastructure, Roads Drainages and Asphalt Finishing at NATIONAL HOUSING PROGRAMME SITES.

c. The completion of emergency Repairs of failed sections of IFAKI – IKOLE – OMUO Road and;

d. The completion of emergency repairs of failed sections of IFAKI – IDO Road, while the Rehabilitation of EFON ALAAYE-ERINMO-IWARAJA road is 87% completed.

In addition, other Road projects ongoing in the State are; Rehabilitation of ADO-IFAKI-OTUN road; Repairs of IJEBU-IJESHA ROAD; Rehabilitation of ILA-ORANGUN-OKE ILA –ILALE-EKAN Road; Rehabilitation and Asphalt Overlay/construction of Reinforced Concrete Drains and Kerbs of 1.33km internal roads in Federal University, Oye, amongst others.

These roads are being handled by 13 different contractors, providing more employment to the people of Ekiti state.

In addition to these laudable projects and employment opportunities, the APC government has also extended the National Housing Programme to the people of Ekiti State.

This National Housing Programme being handled by 16 contractors is not only beneficial in terms of accommodation, but also providing gainful employment. The suppliers of materials for this project are from Ekiti State, while the site work, electrical, plumbing, welding etc, are all carried out by the people of Ekiti State. This Administration desires to provide more employment opportunities to the people of Ekiti State and Nigeria at large.

There has been an unprecedented number of Federal political appointments of Ekiti indigenes in the state.

Ekiti State is also one of the Beneficiaries of our Social Investment Programmes, which include – N-Power, Homegrown School Feeding; Conditional Cash Transfer and Micro-credit finance for traders. We have also done several tranches of Bail-Out Funds and Paris Club Refunds.

In spite of the fact that the current administrations in Ekiti State and the Federal Government belong to opposing political parties, we have always ensured the State got her fair share in the allocation of resources, the siting of federal projects, and the selection of beneficiaries of federal government programmes. We will never play politics with the welfare of the people of Ekiti or any other State regardless of the partisan affiliation of the government of the day.

May I, again, clear the air on the issue of herdsmen and farmers’ conflicts, on which many politicians in their mischievous attitude have been blackmailing me and the APC-led administration, purporting that I have not taken any action on the issue because I am a Fulani man. This is cheap blackmail. Like I said recently, the protection of lives and property of Nigerians is my responsibility. This, I have vowed to do, and will stick to the oath of office. I assure you that measures are being taken to ensure lasting solutions.

I, therefore, call on Ekiti people! Don’t allow yourself to be insulted by stomach infrastructure. Your future and the future of the upcoming generations are in your hands today. Vote for APC and grow beyond Stomach Infrastructure.

The time has come to correct historical injustice and restore Ekiti State to the path of peace and prosperity. The whole country looks to Ekiti to do the right thing by voting for the APC candidate in the election this Saturday, July 14, as you commence the journey to Reclaiming Your Land and Restoring Your Values.

I present to you the APC Gubernatorial candidate, Dr. Kayode Fayemi. VOTE for him on Saturday, 14th July, 2018.

Dr. Kayode Fayemi served as Minister of Mines and Steel Development and recorded series of achievements in the Ajaokuta Steel Company. And with his experience as one-term Governor of the State, a meaningful development is guaranteed. DON’T WASTE YOUR VOTE. VOTE FOR DEVELOPMENT. VOTE for APC-Dr. Kayode Fayemi.

I came into office in 2015 through a free and fair election. In my party, the APC, we do not believe in manipulation of electoral processes. The will of the people must matter. And that is what we will uphold here in Ekiti – FREE and FAIR ELECTIONS. No manipulation of any form.

Finally, I urge all the stakeholders of this important election to ensure free and fair election, embrace peace and promote democracy in Nigeria. 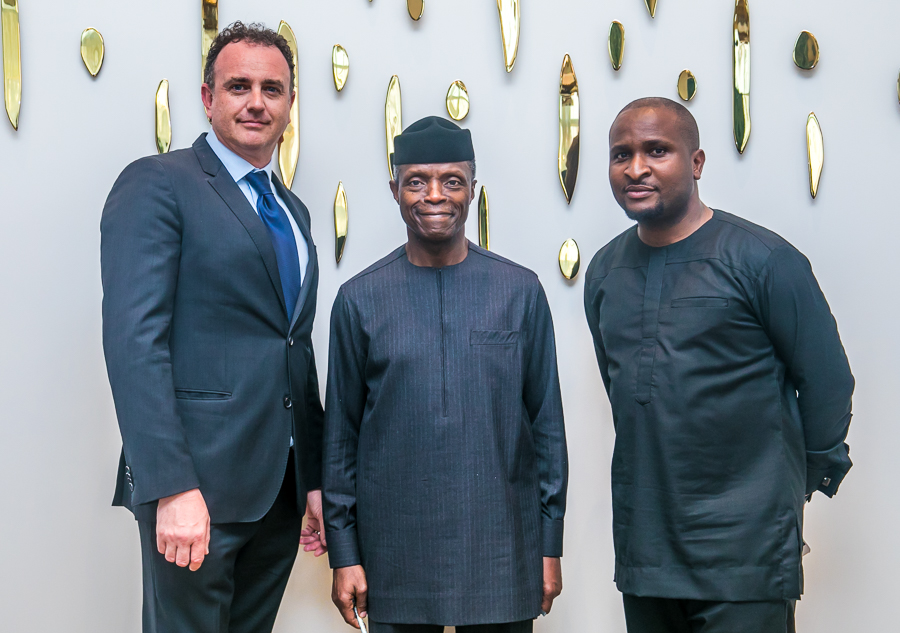 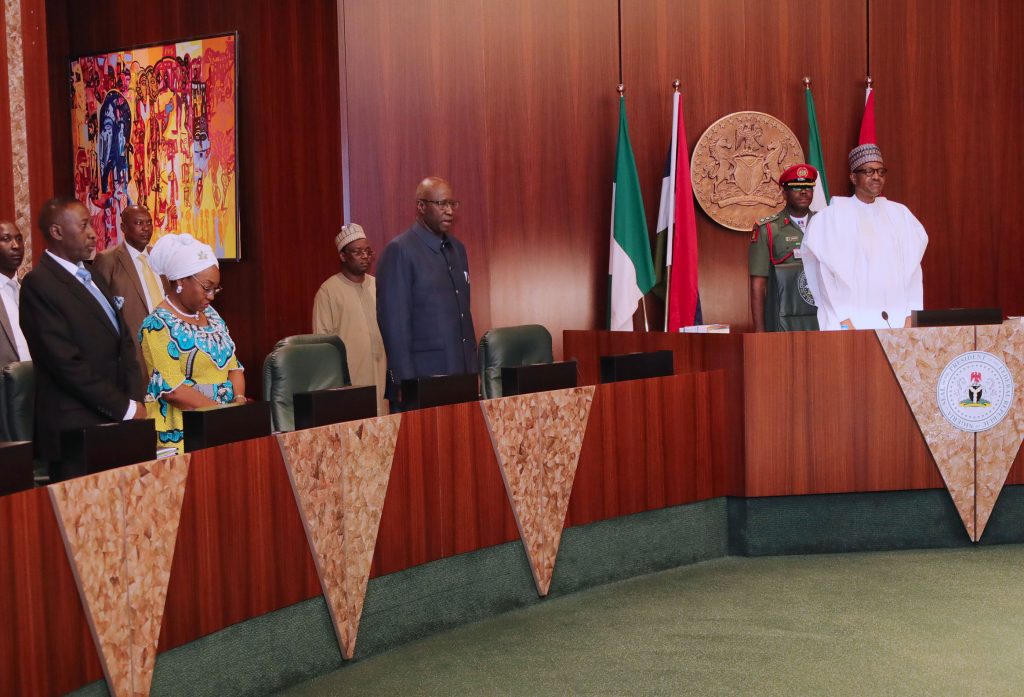