*Says preparation and competence, not age to run for public office, should matter more

*Many young people working in Presidency

Young Nigerians should be allowed to run for elective positions in the country, especially as they have demonstrated capacity and competence in the fields of technology, education and other sectors of the economy, according to Vice President Yemi Osinbajo, SAN.

Prof. Osinbajo said this when he received a courtesy visit from the Not-Too-Young-To-Run group today at the Presidential Villa, Abuja.

The Vice President stated that the age of running for public office in Nigeria should not be a major issue for discourse as much as the competence of that individual.

He noted that while it was important for young people to be able to run for public office in the country, it was equally important for them to gain required skills set to be prepared for public service.

While commending young Nigerians for making great strides and playing leadership roles in many organisations and in different areas of the economy, Prof Osinbajo also commended the group for its incredible advocacy aimed at lowering the age of entry into elective positions in Nigeria.

“I must congratulate you for ensuring that you saw it (the push for the bill) to the point that it is now where all that is required is Presidential assent. If you’re old enough to vote, then you should be old enough to run for office,” he said.

He added that the Buhari administration remains committed to supporting young Nigerians in different areas, including in politics.

Prof. Osinbajo further said the leadership provided by young Nigerians was evident in areas like technology, among others, noting that “many organisations have been led by young people, so that’s not entirely new.”

The Vice President urged young Nigerians to thus develop their capacities and skills in different areas so as to contribute to issues of leadership, governance, national development and the economy.

“I think that whatever age a person chooses to run for office shouldn’t matter at all; that for me is a fundamental principle, it really doesn’t matter, even if you’re much younger or older in age, the more important issue, my worry always is so much the preparedness of young people, the preparedness of anyone, young or old.

“It is the same way that if you’re going to be a pilot or medical doctor, you need to get some training, by devoting your time and resources to a call. Even football requires skills.

He further urged the group and young Nigerian to lend their voices to campaigns on issues related to anti-corruption and national development as they get required education and build their capacities for public service.

The Vice President said, “I have many young people working with me in this office in different departments, and all of them are highly competent. I also had the opportunity of serving in government when I was 30 years old, I was adviser to the then Attorney General of the Federation and I was teaching at the University then. When I became Attorney General about 12 years later in Lagos State, I was a trained Attorney General; So, I also had working knowledge. We need competence in the same way that we take on issues in our different professions.

“I visited tech hubs in Lagos during the week; incredible work is going on being done by young, people who have devoted their time and resources. So, I would say that if you’re interested in public service, that same kind of commitment can be devoted so when we are discussing very critical issues of economy, governance, we would be able to say this is the work plan. It is incredible what can be achieved but we need to have people who are articulating strong positions on issues.

In his remarks, the Executive Director, Youth Initiative for Advocacy, Growth and Advancement (YIAGA) Africa, who led the delegation, Mr. Samson Itodo, thanked the Vice President for the opportunity and for being a strong advocate of young people in the country.

Itodo noted that Prof. Osinbajo has continued to demonstrate his belief in the potential and talents of young Nigerians in different areas of the economy.

“We are quite excited to see a significant number of young people working in the Office of the Vice President. Your Excellency, it shows to a great extent that there is commitment on your part to engage young people,” Itodo said.

In the same vein, a member of the delegation, Ms Bella Ndubuisi, said, “It is exciting to see many young people working with the Vice President’s office,” noting that this development shows the belief of the Buhari administration in the inclusion of young people in the process of governance.

The Not-Too-Young-To-Run campaign is based on a bill before the National Assembly that seeks to alter sections of the 1999 constitution to reduce the age limit for running for elected office in Nigeria.

Meanwhile, as a follow-up to the state burial for the late former vice president, Dr. Alex Ekwueme, a delegation of traditional rulers from Orumba communities in Anambra State, base of the late Ekwueme, paid a courtesy call to the Vice President today at the Presidential Villa, Abuja. 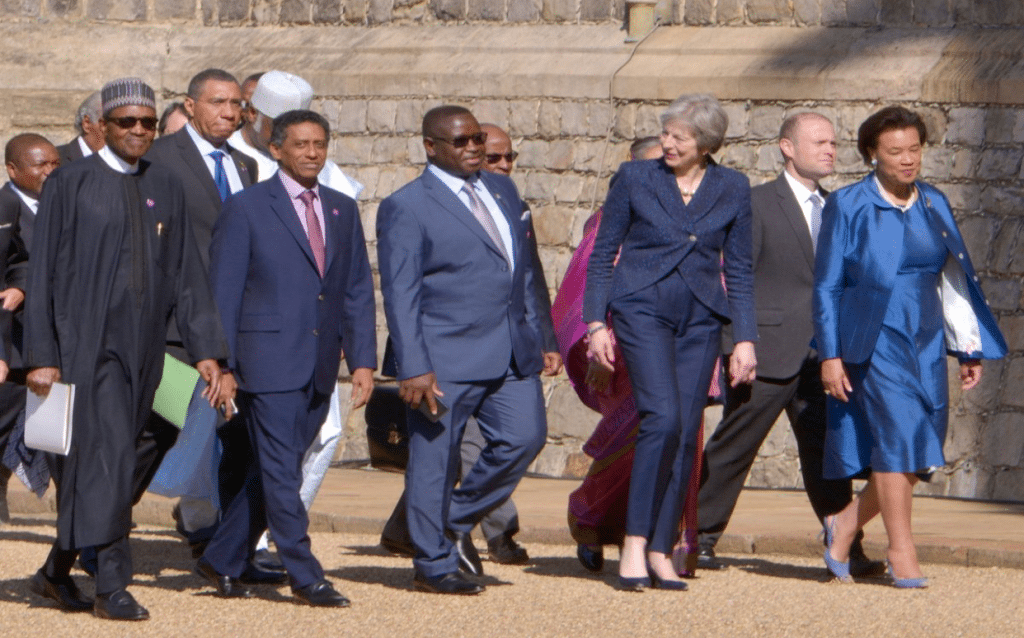