Africa’s impressive economic transformation is currently being driven by ambitious businessmen and women who are stepping beyond national borders and going global, says Vice President Yemi Osinbajo, SAN, at the inaugural Africa Rising lecture of the Harvard University Business School on Tuesday evening.

According to him, “Africa Rising is as much about improving standards of governance as it is about an increasingly confident youth and civil society. It is also about businessmen and women who are stepping beyond national borders and going global.”

The Vice President spoke at Harvard Business School in Cambridge Massachusetts, USA where he delivered the keynote lecture at Batten Hall on the course  “Africa Rising,   understanding business, entrepreneurship, and the complexities of a continent” to a gathering of erudite scholars, academics, professionals, faculty, alumni and students of Africa ancestry.

Before the lecture Prof. Osinbajo met with top Harvard professors at the Law School, Africa Studies Center, the Business School and the University Marshal. He also interacted with several Harvard students who including a good number of Nigerians among them.

Dwelling on the topic of his lecture, the Vice President noted that “it appears the political pan-Africanists of old have given way in terms of prominence to  the business pan- Africanists the likes of  Aliko Dangote, Issad Reb Rab(Cevital) Mike Adenuga, Kim Bello-Osagie,  the Sawiris owners of Orascom from  Egypt, and  mining magnate Patrice Motsepe amongst others.”

Prof Osinbajo traced the genesis of Africa’s economic turnaround to the last decade of thé twentieth century and noted that democracy provided the fulcrum for change in the mid 1990s. He observed the change was accelerated by “phenomenal rise in Chinese resource bullishness, the commodities boom including new oil and gas discoveries in many African countries, digital technology, mobile phones and the Internet.”

He explained that the creative ingenuity of Africa’s businessmen and women cut across different sectors of the economy such as in agriculture, telecommunications , manufacturing and IT, adding  “we’ve been seeing the slow but steady maturing of institutions; press and civil society that are boldly taking advantage of the empowering nature of the Internet; and an increasingly engaged diaspora.”

Drawing attention to Africa’s phenomenal growth, Vice President Osinbajo observed that the continent development experience had thrown up very important lessons one of which is that “economic growth is not sustainable without nation-building, and even of greater importance, State building.”

“Many of the ethnic and other parochial  tensions that have tended to create insecurity and outright conflict time, and time again are largely as a result of failure to deliberately undertake nation- building efforts”, he submitted.

Other lessons highlighted by the VP during the well-attended speech include:

i) the benefit of discarding the error  of African Exceptionalism – the belief that African countries are in some way exempted from the rules by which other countries and continents have succeeded ; that somehow Africa must not be judged by the standards and expectations that apply to other countries.

ii) the need for a healthy distrust of purist ideological prescriptions, in favour of a commonsense  introduction of markets with a fair balance of state participation or intervention that has shown interesting results.

iii) that sustainable growth comes from productivity increases in the real sector, which perhaps explains the continued high unemployment in Africa even at 6% growth rates; the ‘jobless’ growth phenomenon .

iv) that Africa cannot afford to  underestimate the power of technology to  fast-track the continent’s rise. Emerging technologies have played extraordinary roles in every aspect of the continent’s most touted successes, and

v) that many  – including Africans themselves – constantly need to be reminded  that Africa is not a country. Policy-makers and development partners must understand that what worked in Rwanda or Zambia might not necessarily work in Ghana.

Prof. Osinbajo cautioned African leaders to pursue a people centered economic model which translates economic growth to an improved standard of living of the average citizens on the continent. He stated that social safety nets have become imperative, citing the over 500 billion naira social Investment programmes of the Buhari Presidency which is committed to targeting the youths, artisans, market women and the vulnérables in Nigeria.

Earlier, in her welcome remarks, Prof. Caroline Elkins of the Harvard Business School, noted the contributions of the Vice President to legal profession in Africa and his impressive public service career especially during his tenure as Attorney-General of Lagos State

In the delegation of the Vice President to Harvard were Nigeria’s Ambassador to the United States, Amb. Sylvanus Nsofor and Nigeria’s Permanent Representative at the United Nations, Prof. (Amb.) Tijani Mohammed Bande. 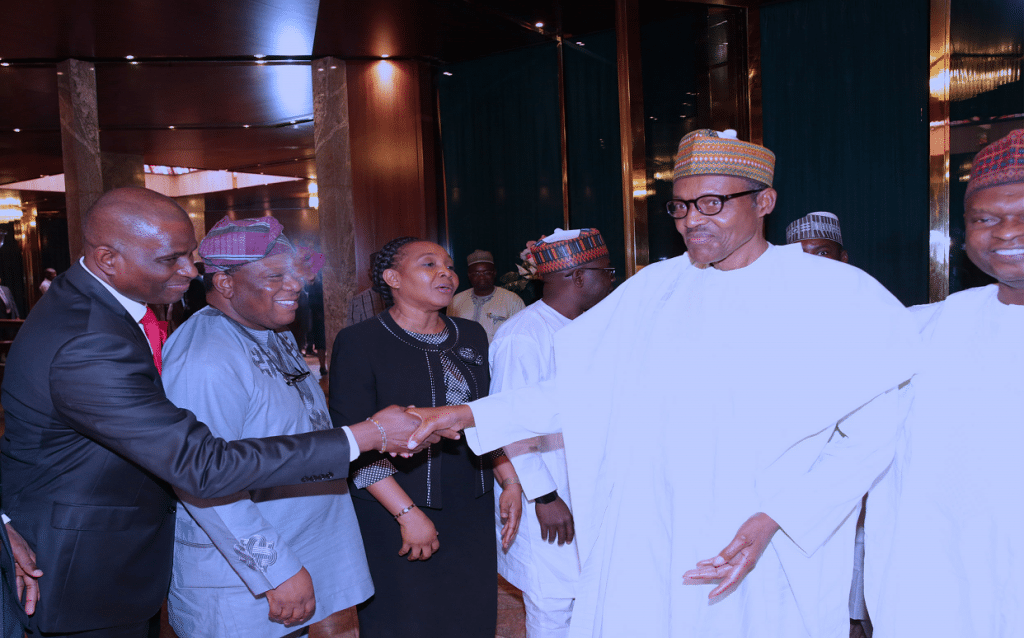